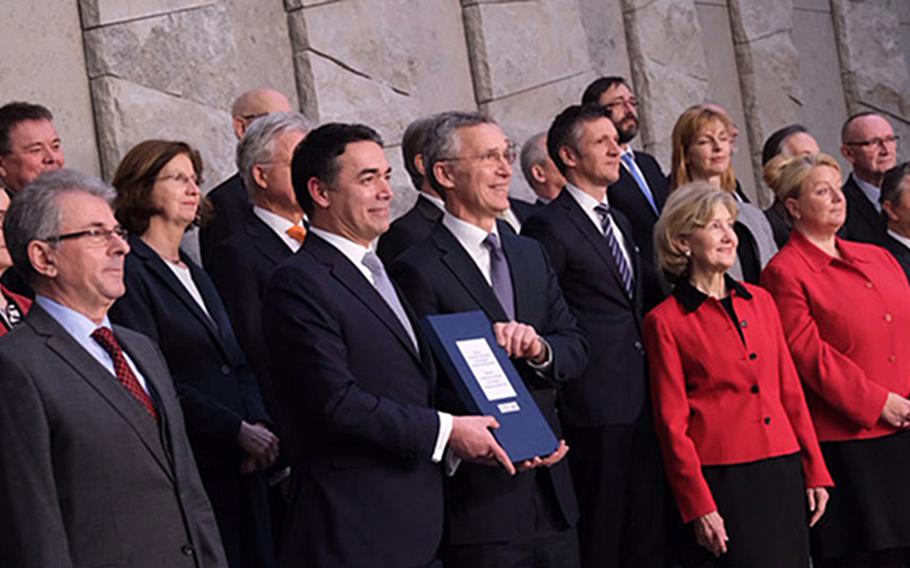 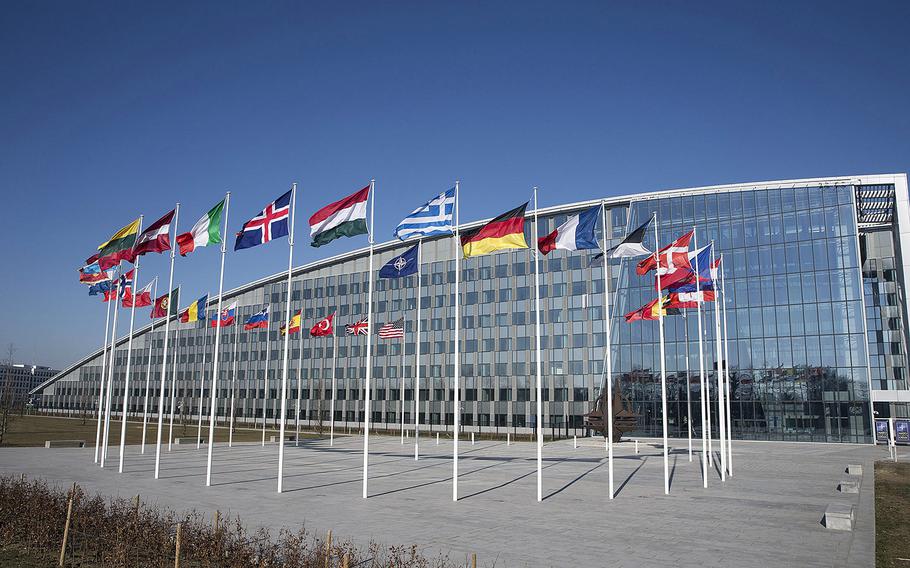 A view of NATO headquarters in Brussels. Macedonia was formally invited Wednesday, Feb. 6, 2019, to join NATO and become the alliance's 30th member. (Courtesy of NATO) 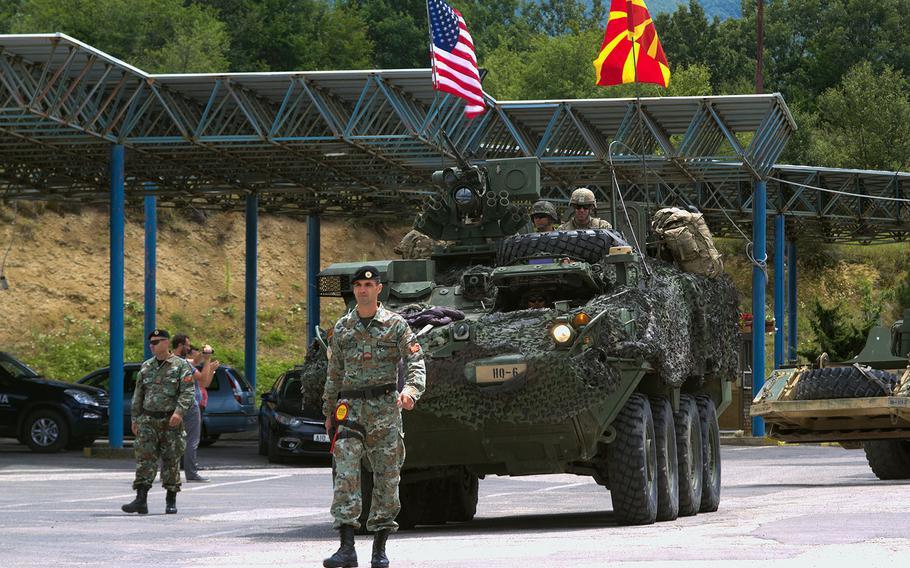 A U.S. Army Stryker is guided across the Macedonian border by a Macedonian soldier at the Deve Bair border station in 2017. Macedonia was formally invited Wednesday to join NATO. (Nicholas Vidro/U.S. Army)

Macedonia was formally invited Wednesday to join NATO and could become the alliance’s 30th member by year’s end, after recently resolving a long dispute with neighboring Greece in an agreement hailed by U.S. officials.

“I look forward to the day when 30 flags will fly outside NATO headquarters,” NATO Secretary-General Jens Stoltenberg said Wednesday on Twitter after a meeting of top NATO representatives.

Macedonia has been actively seeking NATO membership for the past decade, but Greece had blocked the effort because of a dispute over the country’s name.

However, a recent deal between Skopje and Athens means that the country will be renamed North Macedonia, which has paved the way for alliance membership.

Greece had opposed the name ever since Macedonia gained independence in 1991 after the breakup of the Yugoslav federation. Greece has a region known as Macedonia and viewed a neighbor with the same name as a sign of territorial ambitions and pretensions to Greek cultural heritage.

A top U.S. State Department official hailed the agreement between the two countries late last year. It was the “most significant positive development” in West Balkans states’ efforts to earn membership in the European Union and NATO, Matthew Palmer, Deputy Assistant Secretary of State for European and Eurasian Affairs, told Reuters in December.

All 29 members, including the United States and Greece, signed NATO’s accession protocol during a ceremony at alliance headquarters in Brussels.

Membership in NATO has been a strategic objective since the country’s founding, said Macedonia’s Foreign Minister Nikola Dimitrov. “This is the result of the work of many generations,” he said at the ceremony in Brussels.

Moscow, however, vehemently opposed the Macedonia’s membership in the alliance. Russia typically opposes the expansion of NATO, which was formed after World War II as a bulwark against the threat of the Soviet Union at the time and has increased cooperative efforts in recent years to counter Russian aggression.

Macedonian officials have accused Russia of instigating riots in Skopje in an effort to foment opposition to alliance membership. Last year, Greece also expelled two Russian diplomats who Athens accused of trying to organize opposition to the agreement between Greece and Macedonia.

Stoltenberg said the next step is for parliaments of member states to approve Macedonian membership and that he didn’t anticipate opposition. The process took about a year to complete for NATO’s most recent member Montenegro, another former Yugoslav state.

Moscow also has vehemently opposed Montenegro’s accession to NATO. In 2017, Montenegro — which has a deep-water port on the Adriatic used previously by the Russian navy — accused Russia’s military intelligence service of organizing a failed coup attempt in Montenegro.

Macedonia first applied to join NATO in 1999. Since then, the country has actively participated in NATO-led military missions in Afghanistan and Kosovo, and in other alliance activities.

On Wednesday, NATO also announced that it would hold its next heads of state summit in December in London, where President Donald Trump is expected to attend. Macedonia’s full membership status could be formalized during the meeting.