NATO head to visit DC amid debate over Syria 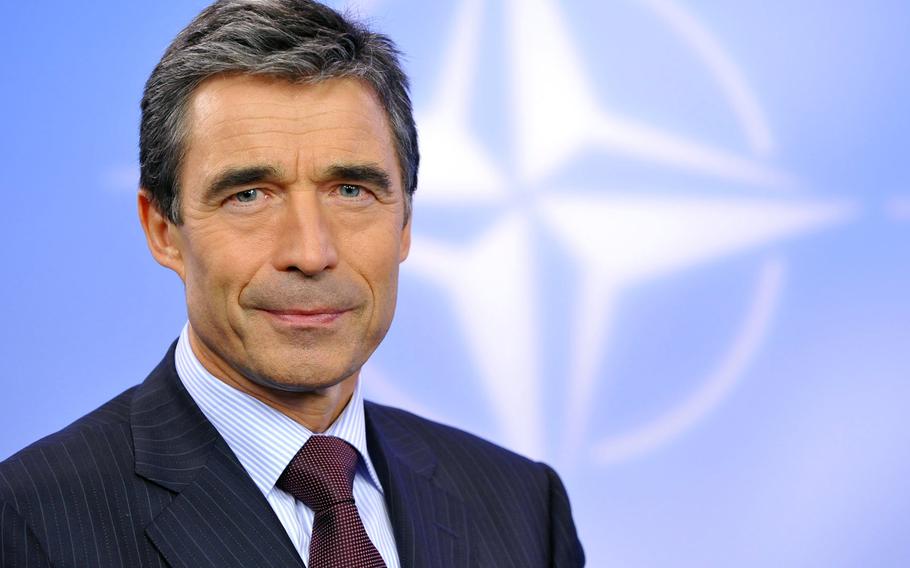 STUTTGART, Germany — NATO Secretary-General Anders Fogh Rasmussen begins a two-day visit to Washington on Thursday at a time when alliance members are grappling over how to deal with the situation in Syria and the shape of the mission in Afghanistan after the withdrawal of combat troops next year.

While the alliance remains engaged in Afghanistan, where the combat mission is winding down, it also is faced with new security challenges on the edges of Europe. Most notably in Syria, where the U.S. and its allies in Europe are pondering whether to bolster support for anti-regime rebels in the two-year civil war.

This week, the European Union lifted a weapons embargo, meaning individual member countries could potentially deliver weapons to rebel fighters. Some allies, however, have expressed reluctance about offering such support amid concerns those weapons could end up in the hands of Islamic militants also operating in the country.

During his visit, Fogh Rasmussen is scheduled to meet with President Barack Obama, as well as with Secretary of State John Kerry and National Security Advisor Tom Donilon, according to a NATO news release.

Kerry and Russian Foreign Minister Sergey Lavrov met Monday in Paris to prepare for an international conference in Geneva next month that is supposed to pave the way for a democratic transition in Syria.

NATO currently has six Patriot missile batteries, including two from the U.S., positioned near Turkey’s border with Syria as part of an effort to protect Turkish territory from potential strikes from Syria. Sen. John McCain, R-Ariz., who crossed into Syria on Monday to meet with Syrian rebel leaders after meeting with U.S. troops in Turkey, has called on the Obama administration to widen its support for the rebels by imposing a no-fly zone.

Russia announced this week it will deliver S-300 long-range air defense systems to Syria, in a move that would greatly complicate any effort to impose such a zone.