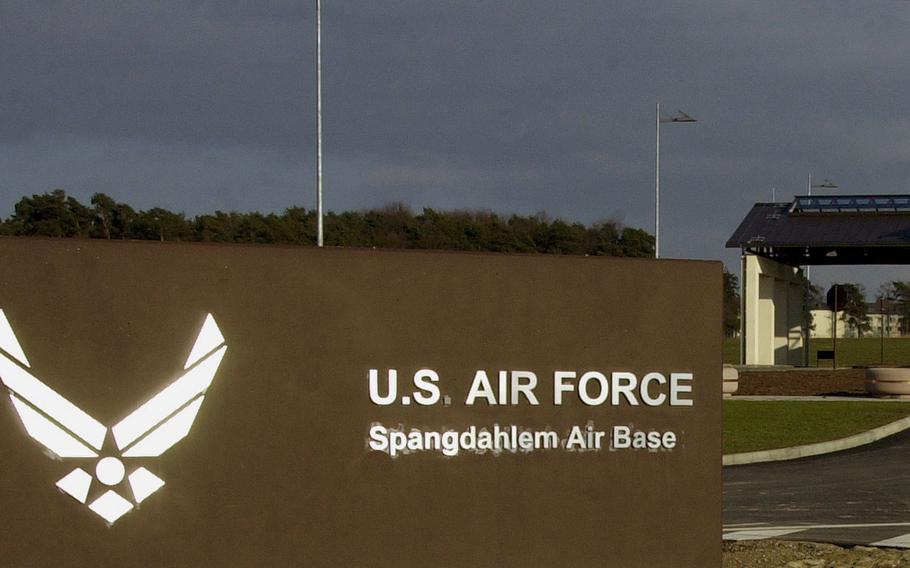 Buy Photo
Spangdahlem Air Base, Germany was in a lockdown on Thursday. (Stars and Stripes)

KAISERSLAUTERN, Germany — A report of an active shooter at Spangdahlem Air Base on Thursday that prompted a base lockdown and sent airmen hiding under desks turned out to be a false alarm.

Lockdown procedures — including gate closures — were implemented for about two hours after the 52nd Security Forces Squadron responded to reports of noises resembling gunshots at about 9:10 a.m., the base said in a statement released shortly after the lockdown was lifted.

A sweep of the base found nothing of concern, the statement said, noting all personnel were secure. The lockdown was lifted at about 11:10 a.m.

Officials could not immediately say whether the report of gunshot-sounding noises was related to a base readiness exercise happening this week, a spokeswoman said after the all clear was sounded.

A message about the exercise posted on Spangdahlem’s official Facebook site last week noted that it would involve simulated detonations along with increased flying operations, siren sounds and voice announcements.

During the lockdown, one of the schools on Spangdahlem sent a message to parents that there was a shooter on the base, advising residents to “take immediate action to evade, evacuate or protect yourself.”

On Facebook, University of Maryland University College Europe Spangdahlem also warned its students of an active shooter on the base, saying it was not a drill.

Last year, Wright-Patterson Air Force Base in Ohio was locked down for about two hours due to reports of a shooter that turned out to be false. The incident occurred during an installation exercise that included an active shooter scenario.

In June 2017, a mistaken report of a shooter sent Travis Air Force Base in California into lockdown during an emergency training exercise.

“The safety and security of Spangdahlem’s Airmen, employees and families is a top priority and the procedures used today are in place to keep people safe,” the base statement said.