Military restricts leave travel in France in wake of attack 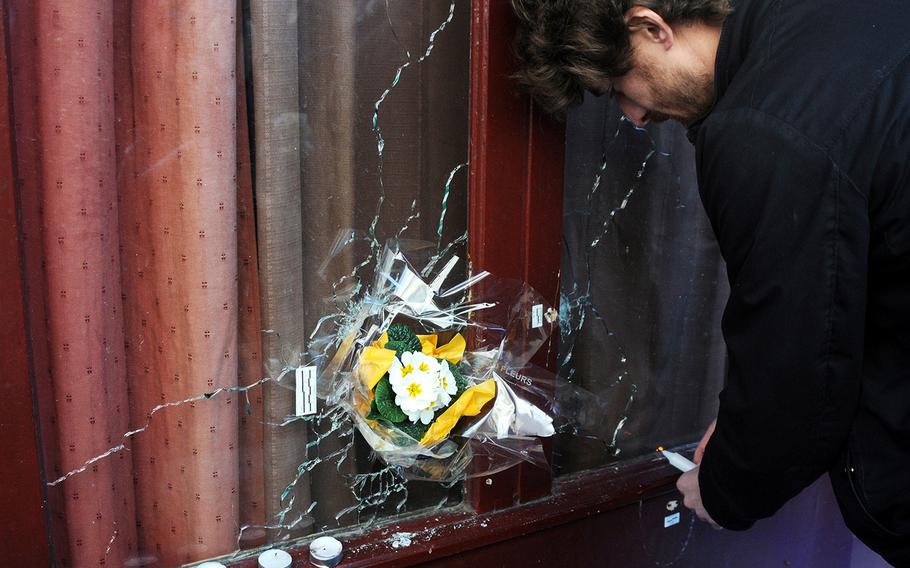 NAPLES, Italy — The U.S. military has restricted leave and liberty travel in France for all personnel in the wake of Friday’s terrorist attack in Paris.

Defense Department servicemembers, civilians, contractors and their command-sponsored family members are prohibited from unofficial travel to Paris until further notice, a spokesman for U.S. European Command said Sunday. Unofficial and emergency travel elsewhere in France will require the permission of a general officer, the spokesman said.

EUCOM declined to give a timeline for the new restrictions, citing security precautions.

The Navy told sailors not to wear their uniforms while commuting to and from work through Dec. 4.

Security at U.S. military bases across Europe has been at a heightened state since the U.S. began airstrikes against the Islamic State group in August 2014. Installation security officials frequently adjust their preparations to current and nearby events, although they rarely share security changes publicly.

Ramstein Air Base in Germany released a statement on Monday reminding personnel and family members to report anything suspicious to base commanders or local police.

"We cannot discuss specific changes to our base protection and security measures, but our Security Forces squadrons are constantly vigilant and always ready to respond to threats to our (Kaiserslautern Military Community) installations," the statement from the 86th Airlift Wing said.

EUCOM said its new restrictions also apply to anyone on a shore excursion from a cruise ship. They did not apply to commercial fliers making an airline connection in the country or to military personnel in diplomatic posts.

The military does not believe any of its personnel were killed or hurt in Friday’s attack, which killed at least 132 people at multiple sites across the city.