‘Like having a nightclub next to a convent’: US Air Force stops using firing range near Buddhist monastery in Scotland 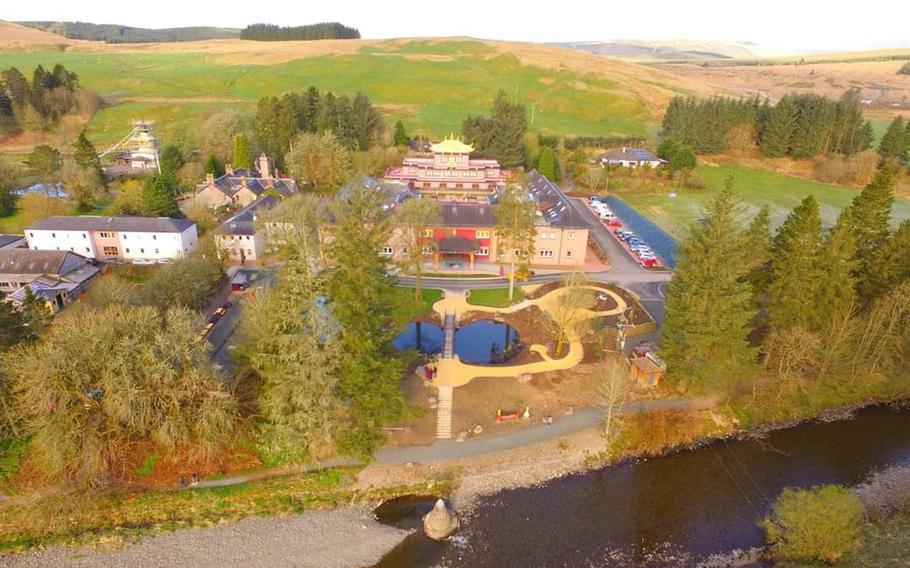 RAF MILDENHALL, England — The Air Force has stopped using a firing range near a Buddhist retreat in southwest Scotland, it said Wednesday after residents raised concerns that it would shatter the tranquility of the Eskdalemuir valley.

The Air Force had used a range a mile from the 53-year-old Samye Ling Tibetan Buddhist monastery for “multiple events within the past seven months” but was “unaware of concerns from the local community,” Capt. Kevyn Kaler, spokeswoman for the 352nd Special Operations Wing, told Stars and Stripes.

“We regret the disturbance that this has caused,” she said in an email. “We have suspended all training events at this area as a result.”

The decision was announced after nearly 20,000 people had signed an online petition against a move to establish two permanent training areas for long-range shooting in the valley.

“The installation of a facility, contrary to the religious beliefs of Eskdalemuir residents and thousands of visitors who come here to use the Temple or to attend courses offered by Samye Ling, is offensive, grossly insensitive and completely inappropriate,” the petition said.

The abbot of Samye Ling monastery has also spoken out against the project.

“Our precious haven of peace and harmony is under threat of being caught in the noise of gunfire,” Lama Yeshe Rinpoche told the Scotsman newspaper earlier this month.

The owner of the land where the range is located has applied for permission to develop the area to accommodate long-range firearms training and has been negotiating with the Air Force special operations unit to use it, the newspaper reported.

Residents of the valley said in the petition that they have been sidestepped in the planning process and are against the expansion of the range.

Hanna Casement, who posted the petition on behalf of the community, said if planning permission is granted, the range would be allowed to operate year-round.

“It would massively increase the noise in the valley,” she said.

“Scotland has a lot of land and a lot of people support shooting, but not in a peaceful valley where there’s a Buddhist temple and where a lot of people come for retreats and care — including veterans with PTSD,” said Casement, who’s lived in the area for around 30 years.

“It’s like putting a nightclub next to a convent,” she added.

It was unclear when the Air Force learned about locals’ concerns over the firing range.

But it has “no future plans to utilize this training area” and is reviewing its training processes and protocols with the British Defense Ministry, Kaler said.

“We are extremely grateful for the long-standing, strong relationships with our U.K. hosts, including local community partners and Ministry of Defense and RAF counterparts,” she said.