Lawyer: Snowden has a place to live in Russia 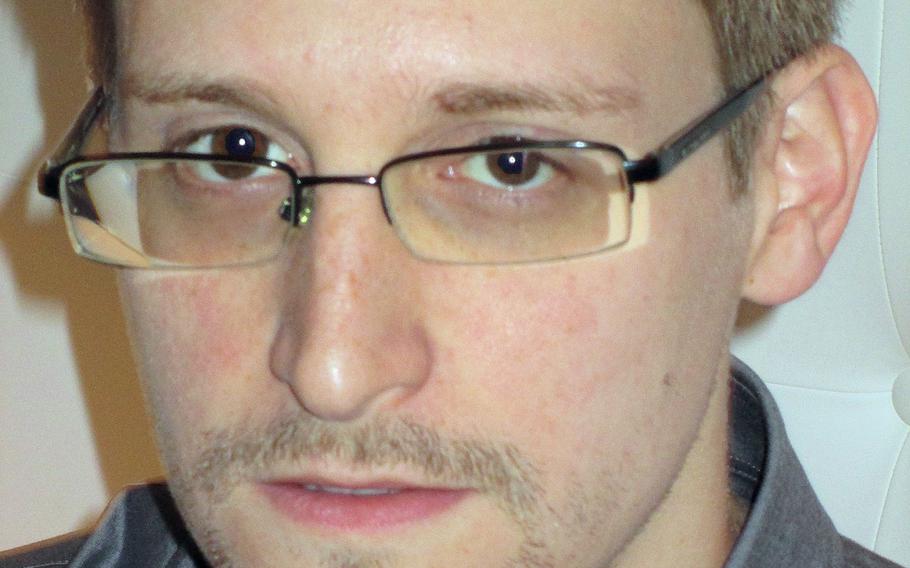 MOSCOW -- National Security Agency leaker Edward Snowden has a place to live in Russia after being granted temporary asylum, but he still hasn't decided what he wants to do next, his lawyer said Friday. The big question may be how much choice he actually has.

Russia granted a year of asylum to Snowden on Thursday, allowing him to quietly slip out of the Moscow airport where he had been holed up for almost six weeks as he evades charges of espionage in the United States. Authorities have suggested he will have wide freedom to work, but Kremlin watchers believe his moves are likely being closely controlled by Russian intelligence.

Snowden "is in a safe place," but the location will remain secret out of concern for his security, his lawyer, Anatoly Kucherena, told Russian news agencies. The systems analyst who revealed himself as the source of reports in The Guardian newspaper of a vast U.S. Internet surveillance program needs time after his ordeal in airport limbo to figure out his next steps.

He was seen only once in his weeks in the transit zone of the Sheremetyevo airport. Despite troops of photographers and reporters camped out inside and outside the airport, no one apparently saw him leaving, except for someone who snapped a photo of Kucherena talking to blurry figures who the attorney later said were Snowden and Sarah Harrison, a WikiLeaks staffer who has been advising him.

Kucherena said he expects Snowden to speak to journalists soon. "As soon as he decides what he will do, I hope he will announce it himself," the ITAR-Tass news agency quoted the lawyer as saying.

The move to grant Snowden asylum infuriated the Obama administration, which said it was "extremely disappointed" and warned that the decision could derail an upcoming summit between President Barack Obama and Russian President Vladimir Putin.

The decision gives Russia cover to depict itself as a defender of human rights, pointing a finger to deflect criticism of its own poor record on rights including free speech. But the secrecy that surrounded Snowden's time at the Moscow airport and his unwillingness so far to talk to the press indicates he is being controlled by Russian intelligence, Andrei Soldatov, a Russian journalist who co-authored a book on the Russian intelligence services said.

"Does he have independent sources of information and communication? My impression is that he has none, which means he's not his own master," Soldatov said.

He said Kucherena's statements about concerns for Snowden's safety do not hold water.

"We are all perfectly aware that Snowden, who has just received asylum, does not face any danger in Russia," Soldatov said. "American intelligence does not kidnap or assassinate people in Russia, that's a fact. This is a just a pretext."

One of the reasons for keeping Snowden isolated may be to prevent him from speaking about the people he met and what really happened to him during the 39 days he spent in the airport's transit zone, Soldatov said. For the same reason, Soldatov said he expected Russian authorities to find a job for Snowden that will prevent him from having contacts with journalists.

Putin has denied that Russia's security services have worked with Snowden, either before or after he arrived in Moscow on a flight from Hong Kong. But security experts have said that Russia's intelligence agencies would not have passed up a chance to at least question a man who is believed to hold reams of classified U.S. documents and could shed light on how the U.S. intelligence agencies collect information.

"Snowden has the same rights for employment as a Russian citizen except that he is not allowed to work as a public servant or take a job in law enforcement agencies," said Ismailov, a managing partner at Yurinvestholding. The founder of Russia's Facebook-like social network site VKontakte, has already made what sounded like a job offer on Twitter.

The law on temporary asylum says a person with this status is entitled "to receive assistance" in traveling out of Russia. Ismailov said that this assistance could mean issuing a travel document, but this is not normally done for people with temporary asylum.

Venezuela, Nicaragua and Bolivia had offered Snowden asylum and he told human rights figures during a meeting in mid-July that he wanted to visit all those countries. But Kucherena said Thursday that Snowden no longer has such plans.