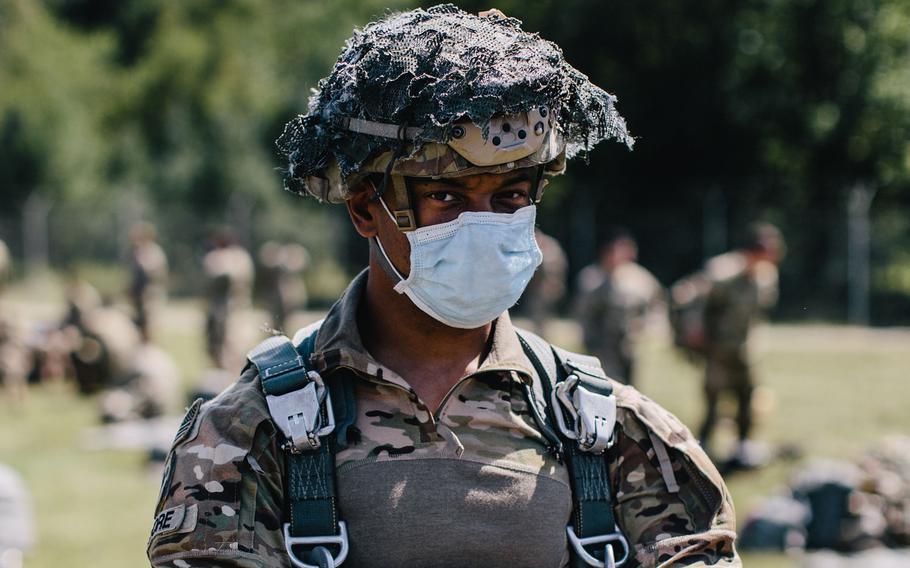 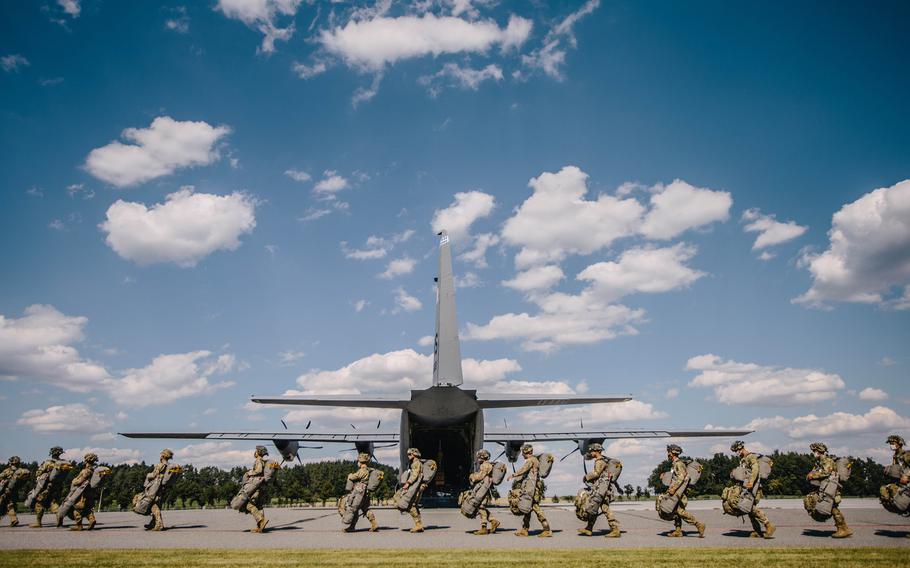 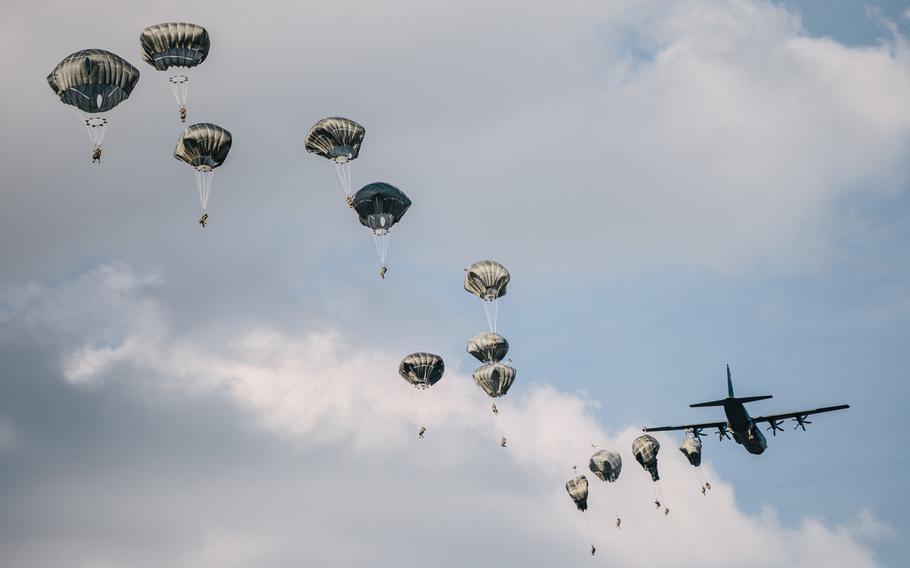 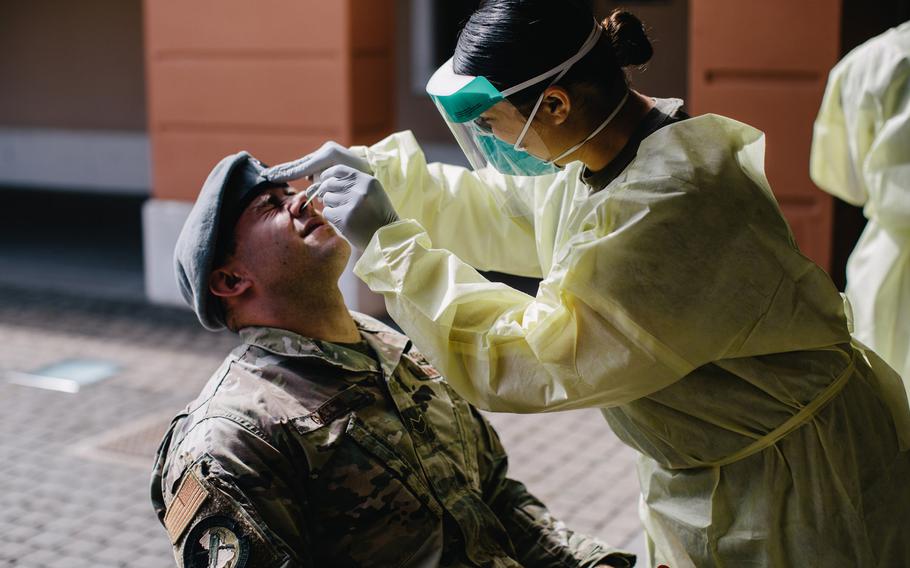 An airman assigned to the U.S. Army's 173rd Airborne Brigade is tested for the coronavirus on Caserma Del Din, Italy prior to departing for a training rotation in Germany, July 13, 2020. (Ryan Lucas/U.S. Army) 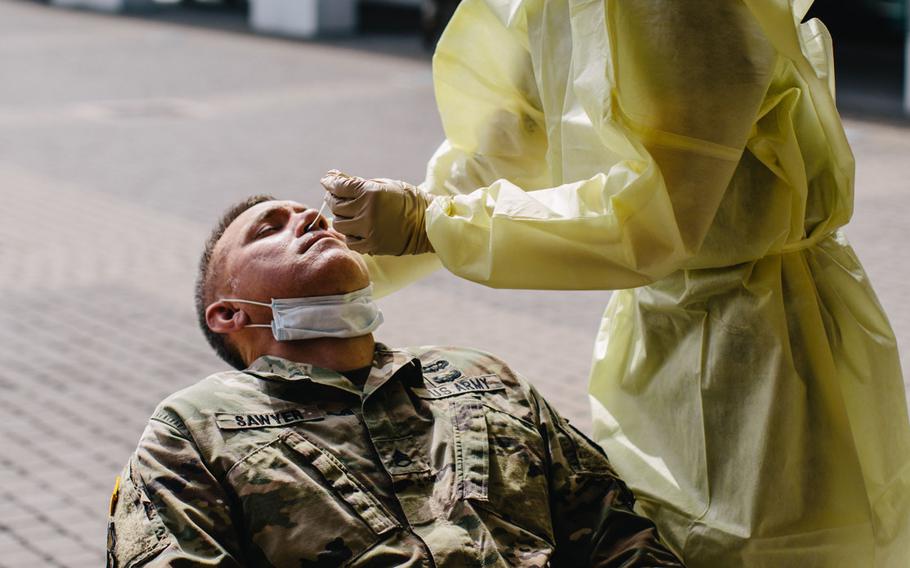 U.S. Army paratroopers assigned to the 173rd Airborne Brigade are tested for the coronavirus on Caserma Del Din, Italy, prior to departing for a training rotation in Germany, July 13, 2020. (Ryan Lucas/U.S. Army) 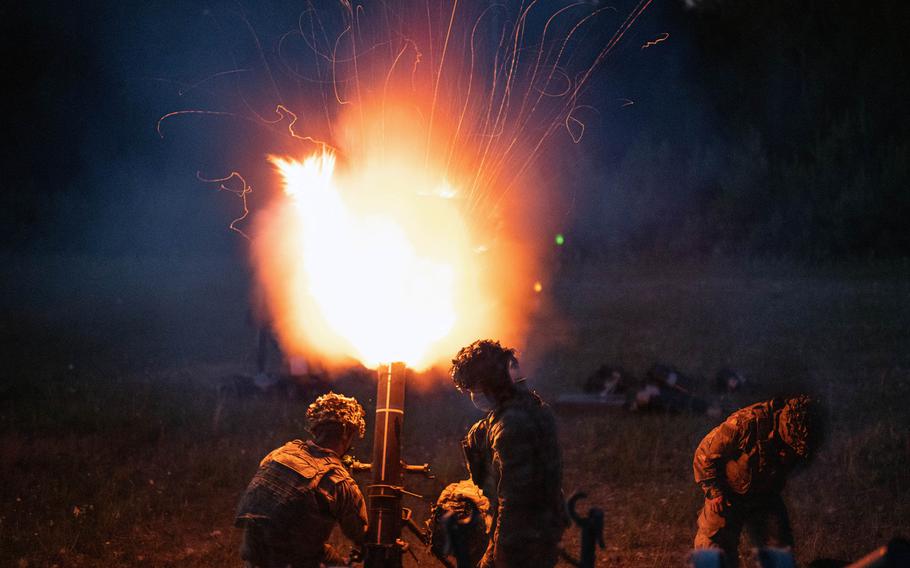 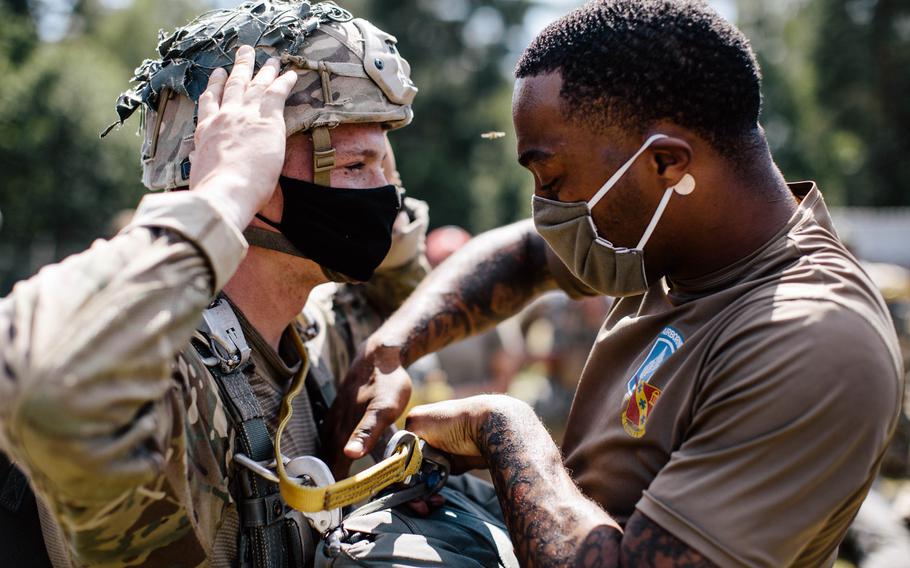 VICENZA, Italy — Members of the 173rd Airborne Brigade in Germany for the annual Saber Junction exercise are required to wear masks in most circumstances this year, but not when jumping from the door of an aircraft.

In its first large-scale exercise since the coronavirus pandemic spread, the Italy-based quick reaction unit is trying to prove not only that it can rapidly deploy and fight, but that it can do so safely.

Nearly 3,000 of its soldiers have gathered at bases in Grafenwoehr and Hohenfels for the drills, which are designed to certify that it can maintain its deployability requirements and fulfill its light-infantry mission.

“You can imagine from his perspective: We’re based in Italy and now we’re crossing borders,” Forster said. “He understands the optics of it. We owe an obligation to keep people safe.”

All 2,700 troops were screened for the virus a few days before getting on buses to travel from Italy and Germany, where some brigade components were based earlier this month. Public Health Command Europe labs processed the tests and returned results within 48 hours, Forster said.

Only soldiers who tested negative deployed, while an undisclosed number who tested positive were quarantined for two weeks and must test negative twice before being released.

In the field, the troops sleep in thousands of one-person tents, rather than open barracks bays, and chow is served outside by masked and gloved troops.

Masks and bottles of hand sanitizer are mandatory uniform items and troops are required to sanitize “common-touch” items such as computer keyboards, shared tools and vehicles at least twice daily.

Trips to the exchange store, shoppette, gym or elsewhere on the main bases are for the first time forbidden, as the brigade seeks to “send a message” to the community that it is doing its best to avoid unnecessary risk, Bradley said.

The pandemic “adds an extra dimension” to the annual training, he said, but officials have discussed the Army’s history of operating during outbreaks of diseases like yellow fever, malaria and the deadly 1918 Spanish flu, which U.S. troops are widely believed to have spread across the Atlantic during World War I.

As the U.S. struggles to contain the coronavirus at home — more than 73,500 new cases and 1,100 deaths were reported Friday — military officials have seen higher rates of positive cases among people coming from the States, Col. Rodney Coldren, Public Health Command Europe’s chief of preventive medicine, said earlier this month. But the tests have shown “extremely low” infection rates among troops who travel within Europe, Coldren said.

Both Italy and Germany were hit hard in the spring by COVID-19 but have since brought case counts and fatalities to comparatively low levels.

Officials in both countries forced the exercise to be delayed by more than a month to allow virus case numbers on either side of the border to decline, Forster said.

Paratroopers with the 173rd are expected to be tested again before returning to their home bases, Forster said.

“All the countries are participating in testing, and some are conducting restrictions of movements (based on the current German guidelines on travel between countries),” said Lt. Col. Michael Weisman, spokesman for the 7th Army Training Command. “All are enforcing social distancing and implementation of ‘bubbles’ wherever possible.”