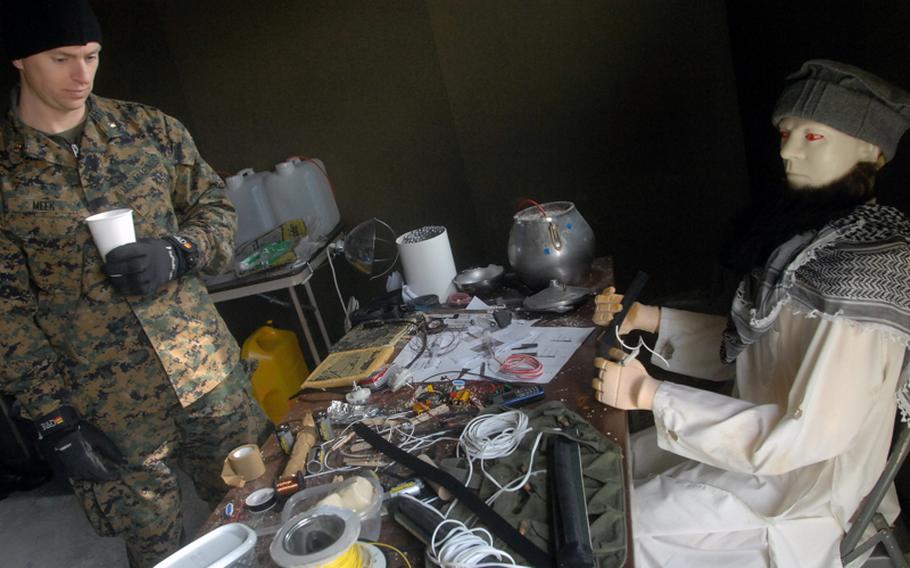 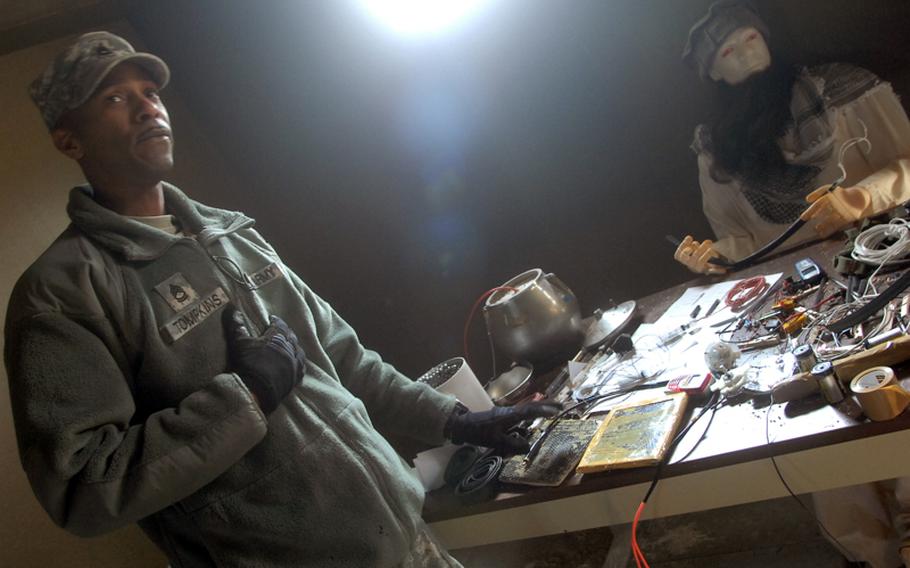 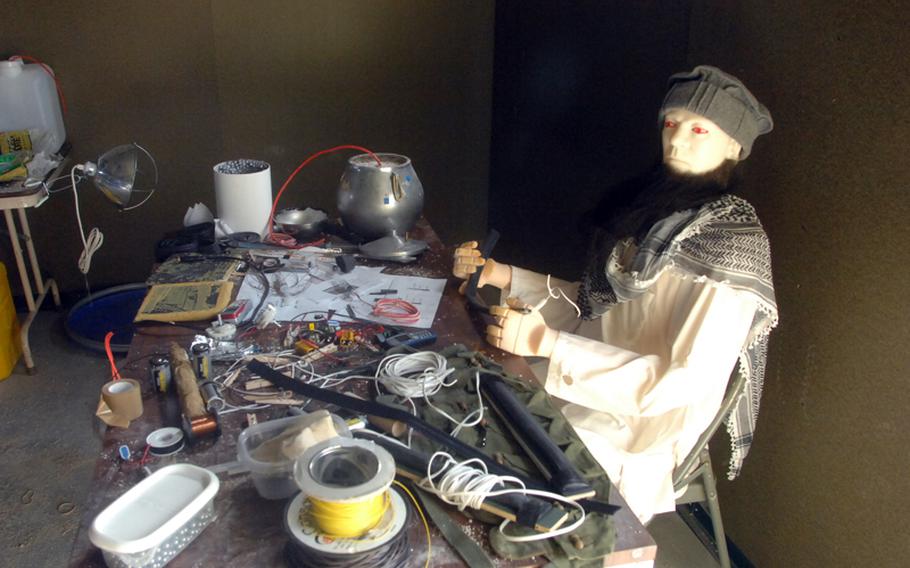 Buy Photo
The "Badger Team" uses a mock-up of a bomb-maker&#39;s lair at Hohenfels to train soldiers on the latest counter-IED (improvised explosive device) tactics. (Seth Robson/Stars and Stripes)

HOHENFELS, Germany &mdash; A team of soldiers at the Joint Multinational Readiness Center has been formed to focus exclusively on training troops to handle the deadliest threat they are likely to face in Afghanistan &mdash; the improvised explosive device.

Launched this month, the &ldquo;Badger Team&rdquo; is made up of 22 soldiers and civilians with a broad range of experience combating IEDs in Afghanistan, according to Joint Multinational Training Command spokeswoman Denver Makle.

&ldquo;Their specific work is to only provide counter-IED training,&rdquo; she said. &ldquo;They are not [Observer Controllers] doing it as an extra duty.&rdquo;

Last year, JMRC trained about 4,000 personnel in counter-IED tactics, and the Badger team expects to train at least as many this year, according to one of the team&rsquo;s new members, Staff Sgt. Gustavo Hurtado, 37, a native of Colombia.

The team, which mirrors a similar outfit recently formed at the National Training Center at Fort Irwin, Calif., will train U.S. and allied personnel, he said.

One of the first tasks has been training members of the 172nd Infantry Brigade in counter-IED tactics ahead of the unit&rsquo;s deployment to Afghanistan this summer.

The team has a dedicated training area at Hohenfels that instructors can use to show soldiers the life cycle of an IED, from manufacture to emplacement to detonation, and the reaction of coalition forces.

For example, soldiers can check out a mock-up of a &ldquo;bomb-maker&rsquo;s lair&rdquo; full of the sort of things they might find in Afghanistan while searching a suspicious building, such as the precursor chemicals used to manufacture homemade explosives, Hurtado said.

&ldquo;A soldier can come and see what they are going to see or expect to see downrange,&rdquo; he said. &ldquo;When they encounter something similar (in Afghanistan) they will know what to look for.&rdquo;

The Badger team plans to tailor training to specific units based on where they will deploy, he added.

&ldquo;If Germans come here, we will look at what is happening with IEDs in northern Afghanistan and we will give them specific training according to the [area of operations] they will be in, so they will be better prepared,&rdquo; he said.

According to Makle, JMRC routinely seeks feedback from units trained at Hohenfels to determine the effectiveness of the training. JMRC then makes adjustments, she said.

Hurtado, like the other experts on his team, knows his subject. As a member of Task Force Paladin, he has encountered more than 200 IEDs in Afghanistan and spent countless hours working to examine devices recovered from the battlefield to gather intelligence on the enemy, he said.

His team found thousands of pounds of rockets, grenades, mines and initiators in Paktika province, he said, adding that he survived an IED strike while riding in an Mine Resistant Ambush Protected vehicle in Afghanistan last year.

Last week, officers from allied nations learned about the Badger team at a counter-IED conference at Hohenfels.

Lt. Col. Mario Sebetovsky of the Croatian army said his country, a NATO member since 2009, was keen to exchange information on IEDs, which Croatian soldiers also regard as the biggest threat to their safety in Afghanistan.

&ldquo;This will save lives,&rdquo; he said.