General: US troops in Europe must adjust to 'changing character of war' 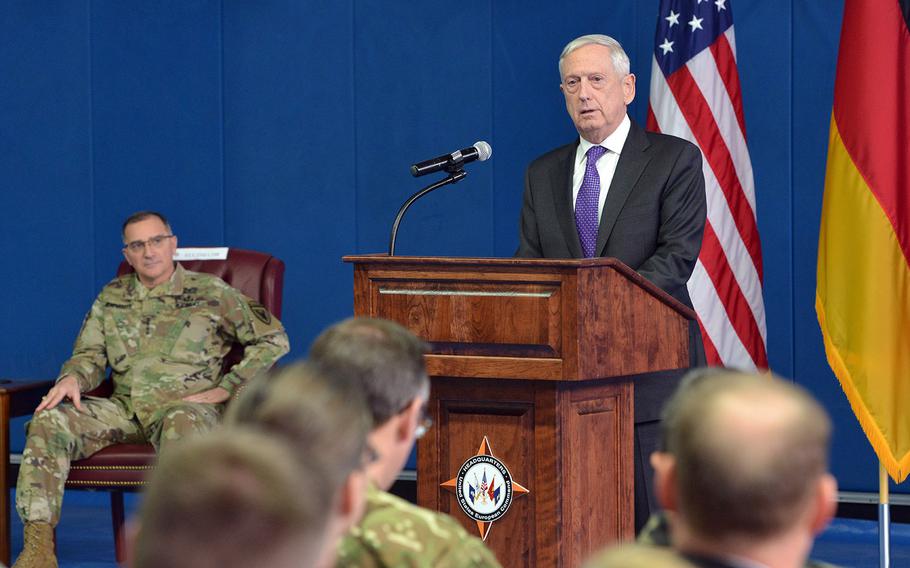 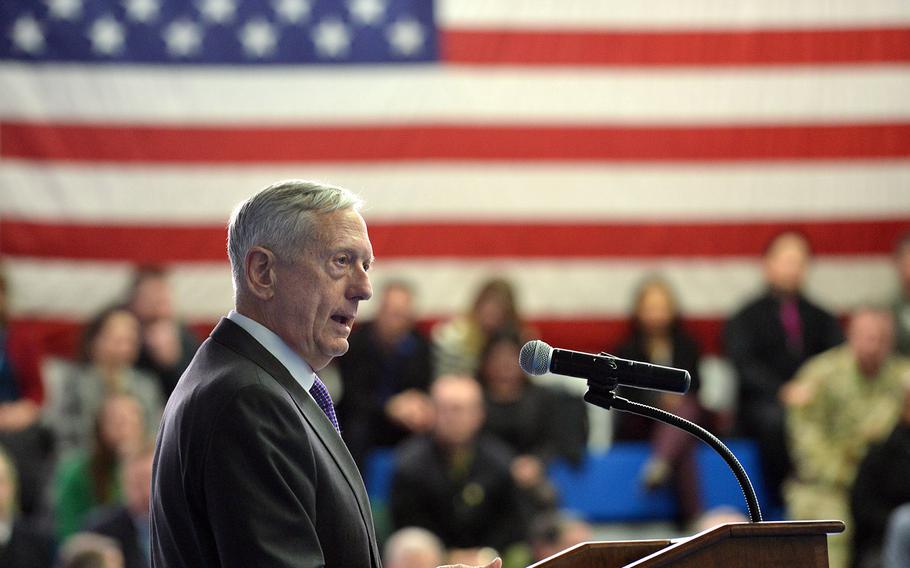 Secretary of Defense Jim Mattis leads a town-hall meeting with military and civilian personnel at the U.S. European Command in Stuttgart, Germany, on Feb. 15, 2018, during a stop on his trip to Europe. (Jason Johnston/U.S. Army) 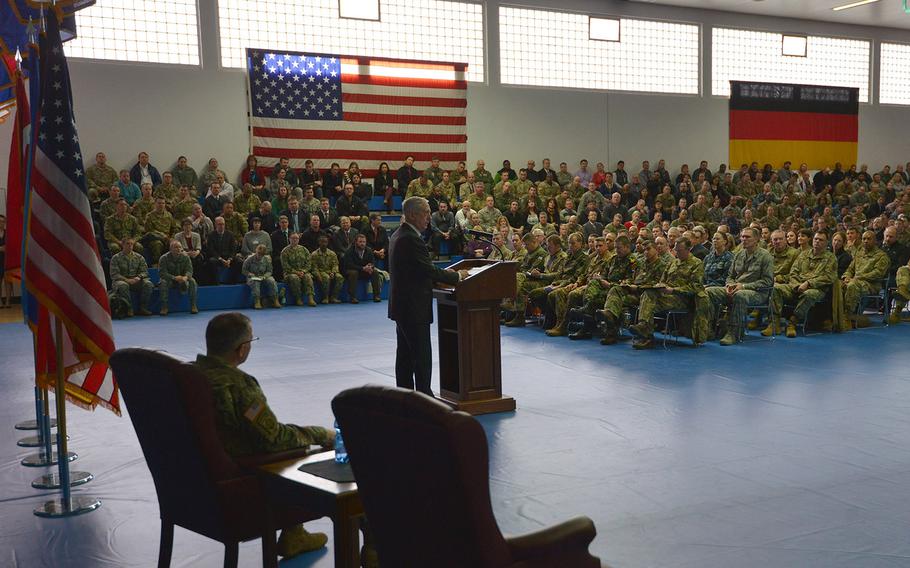 STUTTGART, Germany — U.S. European Command has reshuffled its headquarters in the past year and complicated its training regime, and will tinker with its force mix to counter potential Russian aggression, the top American military commander in Europe said Thursday.

Gen. Curtis M. Scaparrotti, who leads EUCOM and serves as NATO’s military commander, said an era of “great power competition” means his force of about 62,000 U.S. troops in Europe will need to continue to adapt to meet the “changing character of war.”

Mattis’ visit came on the heels of a meeting of NATO defense ministers Thursday in Brussels, where allies agreed to launch two new operational commands focused on moving allied forces back and forth across the Atlantic Ocean and moving with greater speed around Europe.

A new cyber center, intended to bolster defenses against Russian intrusions and misinformation campaigns, also will be formed at Scaparrotti’s NATO headquarters in Mons, Belgium.

The moves coincide with a push by the U.S. to rejuvenate EUCOM into a warfighting headquarters capable of commanding troops in a crisis. Military officials have said such high-end command and control skills languished during the post-Cold War era, but EUCOM has sought to bring them back.

EUCOM war games now focus on confronting “peer competitors” and sophisticated military threats that weren’t a priority during the previous 15 years, when military attention was on counterinsurgency campaigns in the Middle East.

“We had to reorganize some of our staff to be able to work in this environment,” Scaparrotti said. “We’ve done that. We’ve tested ourselves.”

In Russia, Scaparrotti said he sees a military that also is evolving. Moscow’s interventions in Ukraine and Syria have been a “testing ground” for regular Russian forces. Meanwhile, Russia’s military buildup in Kaliningrad, a fortified enclave with sophisticated Iskander missiles, also is an area of concern, Scaparrotti said.

U.S.efforts to deter potential Russian aggression rely heavily on rotational forces to augment permanently based units in Europe. U.S.-based ground and aviation units on loan have been the linchpin to the military’s enhanced presence in Europe. However, concerns were raised in a recent Army War College study, which said the long rotations were taking a toll on the morale of troops, many of whom are on nine-month deployments away from family.

Scaparrotti, however, said he believes the rotational model is sustainable, but may need tweaking.

It could be beneficial to add more “enabling units” to the permanent force in Europe while keeping brigades on rotation to serve as a ready combat force, Scaparrotti said.

“We will make adjustments as we go,” he said.