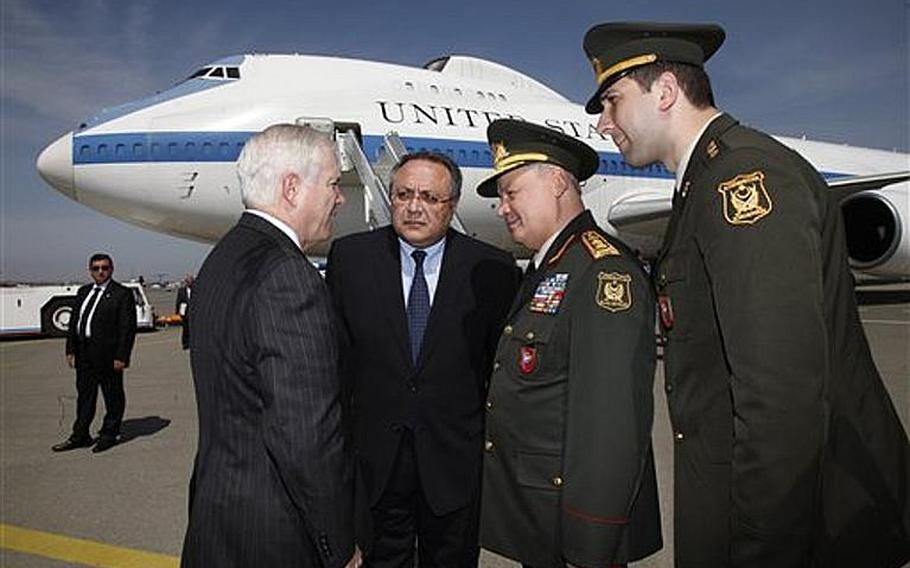 &ldquo;When I found out it was Secretary Gates, I was really shocked,&rdquo; said Brittny Mejia, 18, the senior class secretary. &ldquo;We&rsquo;re a small school. This is a pretty big deal.&rdquo;

Mejia and the other senior class officers &mdash; Katarina Jastrab, Chris Roman and Stephanie McFadden &mdash; sent a flurry of letters last fall to a wish list of high-ranking government officials, describing their school and inviting them to be their commencement speaker. They emphasized that the student body included children from both Army and Air Force families, and that many had experienced a parent deploying to war.

&ldquo;The rationale was a lot of people in government come through Ramstein on their way downrange,&rdquo; said Darren Bingham, a senior class sponsor who also teaches German and Advanced Placement literature at the high school.

The timing, in the case of Gates, was spot on.

Gates will be in Germany on Friday at the tail end of a five-nation trip that also includes visits to Singapore, Azerbaijan, England and Belgium, according to a Department of Defense news release. Gates&rsquo; meeting with NATO defense ministers concludes Friday in Belgium, after which he&rsquo;ll fly to Germany, visit wounded troops at Landstuhl Regional Medical Center and speak at the Kaiserslautern graduation ceremony before heading back to Washington, the DOD release said.

Bingham said the school is expecting about 1,000 people, a crowd that includes graduates and their family members. The event, to be held in downtown Kaiserslautern, will not be open to the public.

Gates&rsquo; acceptance of the students&rsquo; invitation was known by a few about three months ago, Bingham said, but for security purposes, it wasn&rsquo;t announced until a graduation meeting for parents last week.

&ldquo;I&rsquo;ve never in my years in DODDS seen a graduation speaker at this level before,&rdquo; Bingham said.