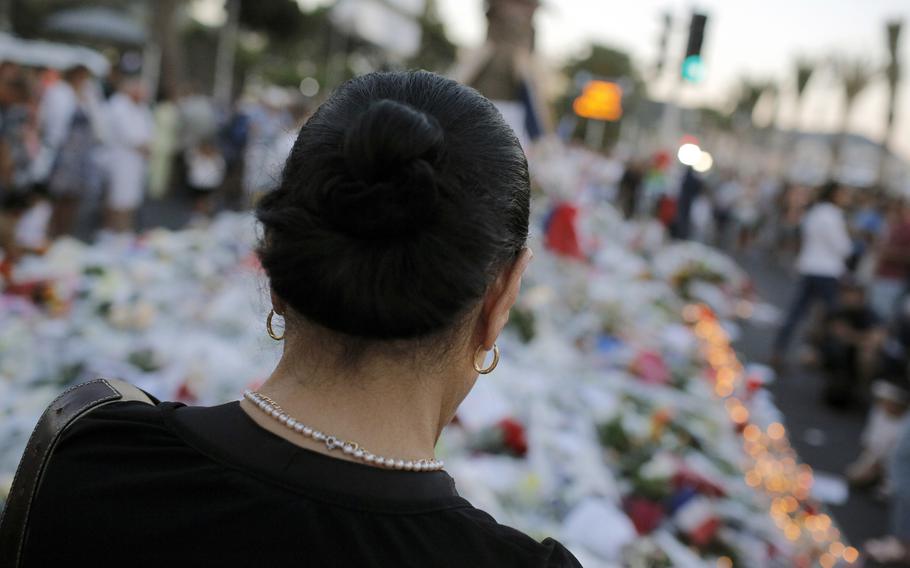 A woman pays tribute to the victims of a deadly truck attack at the site of the attack on the famed Boulevard des Anglais in Nice southern France, Saturday, July 16, 2016. (Laurent Cipriani/AP)

PARIS — France's interior minister is protesting accusations the government tried to cover up security failings the night of the Bastille Day attack in Nice that killed 84.

The woman in charge of video surveillance in Nice on July 14, Sandra Bertin, told the Journal du Dimanche newspaper that government officials told her what to write in her report and that she should mention the presence of police she hadn't seen.

Interior Minister Bernard Cazeneuve said in a statement Sunday that he is suing for alleged defamation and said he is committed to uncovering the truth about what happened.

Many French are angry that the government couldn't prevent the Nice attack despite a state of emergency in place.

Cazeneuve acknowledged that no national police were protecting the beachfront promenade targeted in the attack.