For some dependents PCSing, easier entry to UK 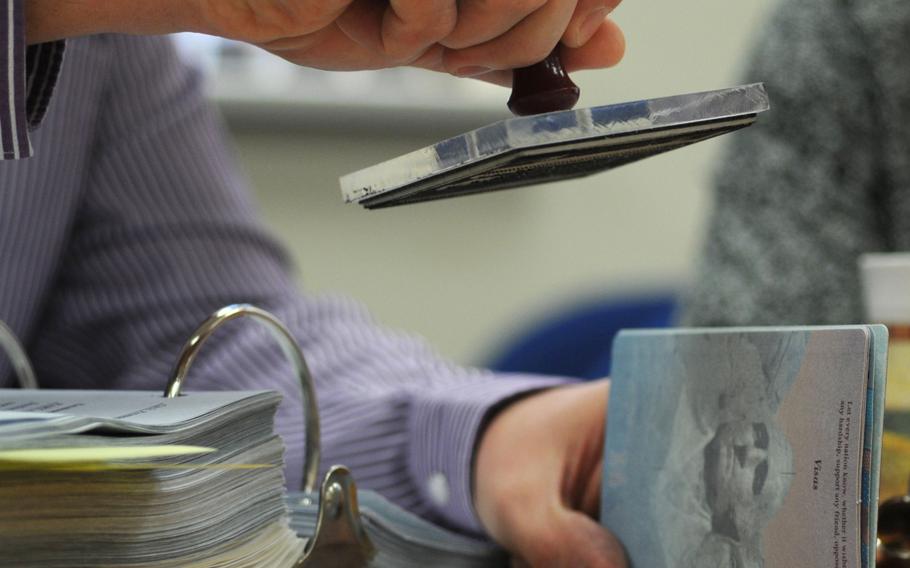 RAF MILDENHALL, England — Many U.S. military dependents accompanying servicemembers on a change of station move to England can now wait to get their visas until after they have arrived.

Previously, dependents who are U.S. citizens were required to obtain a visa before accompanying their military sponsors to the U.K.

Under new rules from the United Kingdom’s Home Office, a no-fee, government passport will be sufficient for entering the country. However, all U.S. citizen dependents must be in possession of such a passport before making a permanent change of station move to the U.K., according to information on the RAF Mildenhall website.

U.S. citizen dependents and nationals from countries not on the U.K. list of Visa Nationals, must still obtain a “leave to remain” visa after entering the U.K. and will be given information on the process after arriving.

Dependents who are citizens of a country on the U.K. Visa Nationals list must obtain a visa before entering the U.K., according to the Mildenhall website. The list can be found at http://www.materials.ox.ac.uk/uploads/file/V-6VisaandNon-VisaNationals%28Jan-14%29.pdf.

Military members transferring to the U.K. do not require a visa, and need only NATO military orders and Department of Defense identification to enter the country.