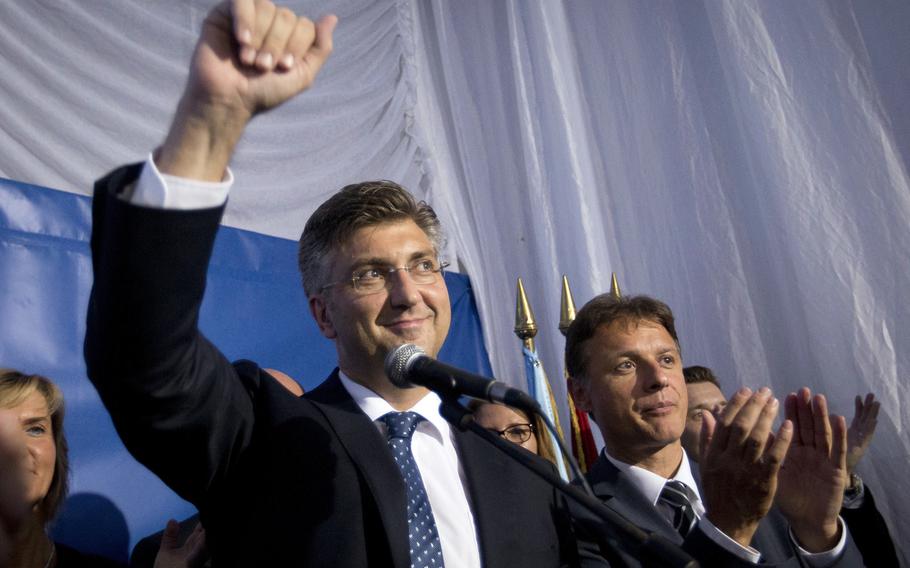 Andrej Plenkovic, leader of the center-right HDZ party, raises a fist in celebration after elections results at the party's headquarters in Zagreb, Croatia, early Monday, Sept. 12, 2016. Initial results of Croatia's early elections showed the conservatives were leading the vote but won't be able to rule on their own, paving the way for another coalition government. (Darko Bandic/AP)

ZAGREB, Croatia — Complete results of Croatia's snap election have confirmed a clear victory for the ruling conservatives, who now face a tough task of forming a coalition government.

The third-placed Most, or Bridge, party is a likely kingmaker in the future coalition government with 13 seats. The biggest surprise is Zivi Zid, or Human Shield group, which won eight seats.

Turnout was 53 percent, down 10 percentage points from the previous vote in November.

The snap vote was called after the previous coalition government collapsed in June, triggering the biggest political turmoil in the country since it joined the EU in 2013.