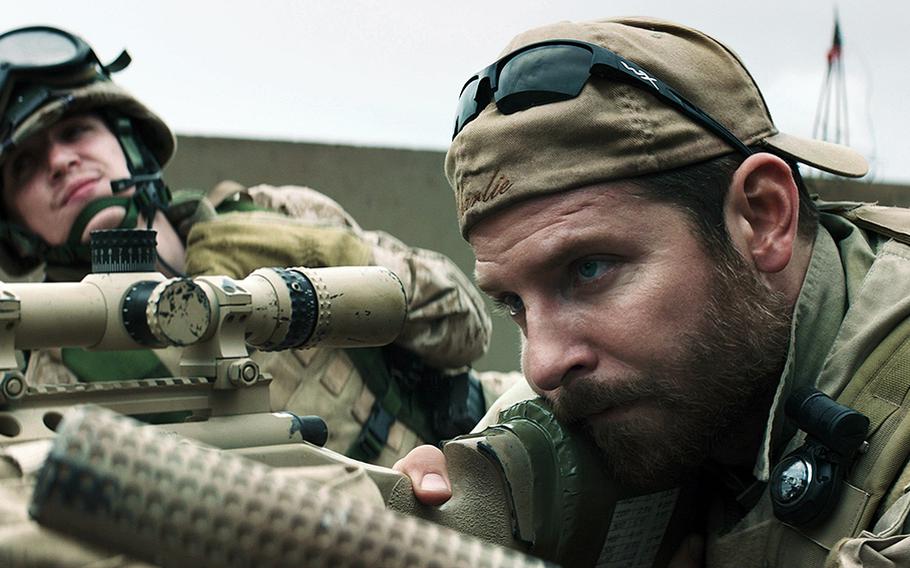 KAISERSLAUTERN, Germany — The U.S. military community has done its part to make “American Sniper” the most popular movie in the world.

Over the weekend, the movie pulled in more than $105 million, a record for a four-day opening. It was also a big hit at Army and Air Force Exchange Service theaters, with the average attendance for the Iraq war film almost three times higher than attendance for other films being shown.

Average attendance for ”American Sniper” was more than 160 per showing at Exchange Reel Time theaters, compared with 43 for the other three films shown this past weekend, said Judd Anstey, AAFES spokesman.

“It was a blockbuster,” said Martin Tschudi, a Kaiserslautern Military Community theater supervisor. “It did better than expected.”

The movie opened on base Friday, an Army training holiday tacked onto the three-day Martin Luther King Jr. Day weekend.

The most tickets were sold Saturday, with a total of 584 for four showings, Tschudi said.

The theater in which it played seats 160 people, he said.

“We start selling tickets at 10 in the morning, which we highly suggest for this movie,” Tschudi said. “A lot of people we had to turn away because it was sold out hours before.”

Members of the military community who were able to see the film at Yokota Air Base in Japan gave the “Sniper” mostly good reviews.

“It was a pretty realistic picture of war,” said James Goza, 46, a civilian worker at Yokota, who deployed to Saudi Arabia when he was in the Air Force during the first Gulf War.

“Chris Kyle saved a lot of people’s lives by doing what he did. He provided cover for a lot of people. I saw the story of a guy who did his job during war, got screwed up and came out the other side.”

“I thought it was a good movie. It was inspirational to see somebody go through that and come back and fight adversity.”

Air Force Staff Sgt. Sean Transue, 29, of Corvallis, Mont., didn’t seem convinced that the film gave a wholly accurate portrayal of the book or the war.

“I think they may have taken some of the realism out of it to make it more for anybody,” he said. “They took a lot of stuff that was in the autobiography out. It feels like a movie that will appeal only to Americans. It’s like it is based off an American sense of righteousness after what happened to us. They had the embassy bombing and 9-11 in there.”