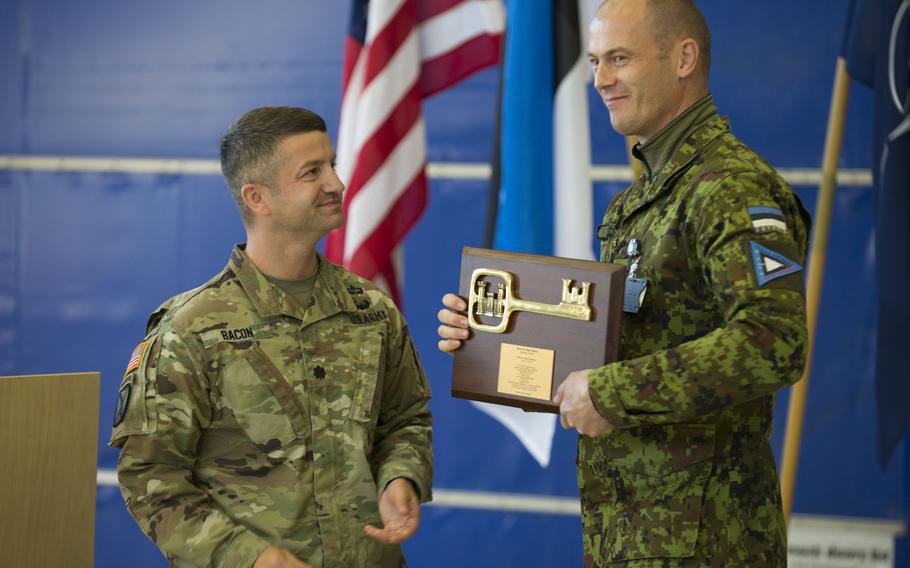 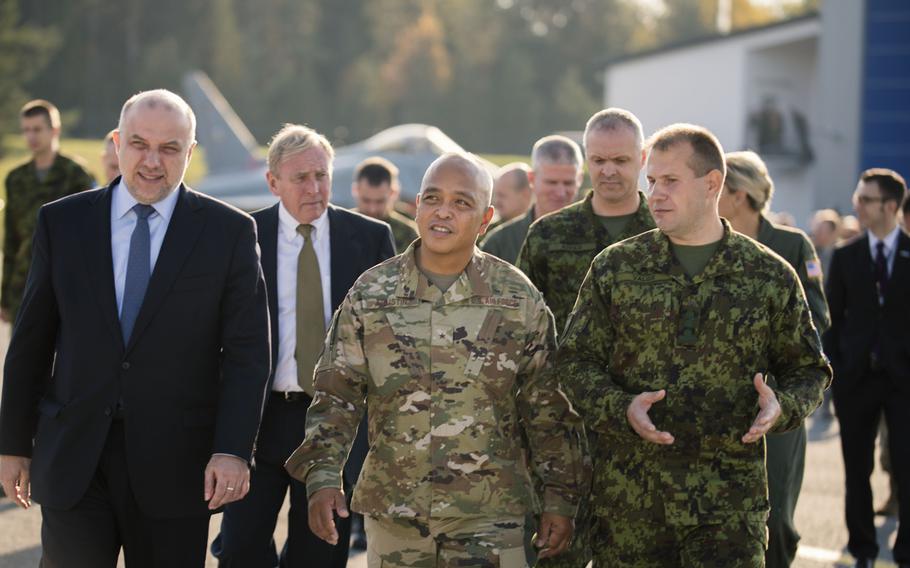 The U.S. military is investing millions into a Cold War base in Estonia where Soviet attack jets once ruled the skies.

Officials with U.S. Air Forces in Europe – Air Forces Africa earlier this week marked what they said was a milestone in Pentagon efforts to safeguard the most vulnerable U.S. allies in Eastern Europe against Russian potential aggression.

The projects were recently completed at Amari Air Base, west of Tallinn. They included a new aircraft maintenance hangar, a hazardous cargo pad, a squadron operations facility and a dormitory, at a cost of nearly $14 million.

The new infrastructure will be shared by the Estonians and the U.S. and NATO forces that routinely rotate into Amari to conduct Baltic air policing missions, USAFE-AFAFRICA officials said.

The buildup allows allied forces to more rapidly deploy and operate from the airfield to defend the region in a crisis, Air Force officials added. The facilities also allow for more training at the base, which once hosted Soviet Sukhoi Su-24 Fencer jets during the 1980s.

The improvements “provide strategic access into that very contentious part of Europe,” said Brig. Gen. Roy Agustin, USAFE-AFAFRICA director of logistics, engineering and force protection. “You look right across the border and there’s a big regional adversary right there.”

Agustin traveled to Estonia earlier in the week. Though furniture is still arriving, “we wanted to do a ribbon-cutting before it starts snowing,” he said.

Agustin and other military officials involved with the work said the projects came in at just over half of initial price estimates.

USAFE-AFAFRICA, the Air Force Civil Engineer Center and the U.S. Army Corps of Engineers, Europe District all played a role.

“The Air Force requests the project. It’s up to us to figure out how do we want to do it ... and it’s up to us to contract with industry to perform the work,” said Col. John K. Baker, the commander of the Corps’ Europe District.

In this case, Estonian and German contractors were used for the agency’s first military-construction projects in Estonia, Baker said.

The construction took just over a year, officials said. The 220-person dormitory won’t be finished until next spring.

“Everyone was focused on, ‘Hey, these are important; there’s definitely a threat from a regional adversary there and so we need to get on it,’” Agustin said.

The flurry of recent Pentagon investment in allied bases in Eastern Europe dates to 2014, following the Russian military intervention in Ukraine. The European Reassurance Initiative — launched that year to reinforce NATO allies on Russia’s doorstep — has since morphed into the European Deterrence Initiative. The 2019 EDI budget request of $6.5 billion is a more than a six-fold increase from 2015. The Estonia projects are the first funded under EDI for the U.S. European Command.

The increase comes even as President Donald Trump has complained that not enough NATO countries are pulling their load in sharing mutual defense costs. Estonia is one of the few NATO countries that invests more than 2 percent of its gross domestic product on defense, a long-ignored benchmark that NATO in 2014 agreed to work toward over the next decade.

The most northern of the three small Baltic nations, Estonia shares about 183 miles of border on its eastern flank with Russia. A 2016 Rand report determined that Russian forces were capable of occupying the capitals of both Latvia and Estonia within three days of the start of hostilities.

NATO has conducted a Baltic air policing mission since 2004, when Latvia, Lithuania and Estonia joined the alliance. The Baltic nations don’t have their own combat jets.

The Belgians currently have the lead for the mission in Latvia, while the Germans are supporting them in Estonia, Air Force officials said.

More U.S.-funded military construction projects are slated for Amari, said Ryan Morrell, a USAFE-AFAFRICA program manager for the EDI program. They include a $10.8 million apron to park aircraft, as well as fuel storage tanks and piping, he said.

The 435th Construction and Training Squadron at Ramstein also recently upgraded the base’s aircraft arresting system on both ends of the runway and repaired the airfield’s Soviet-era concrete, Morrell said.