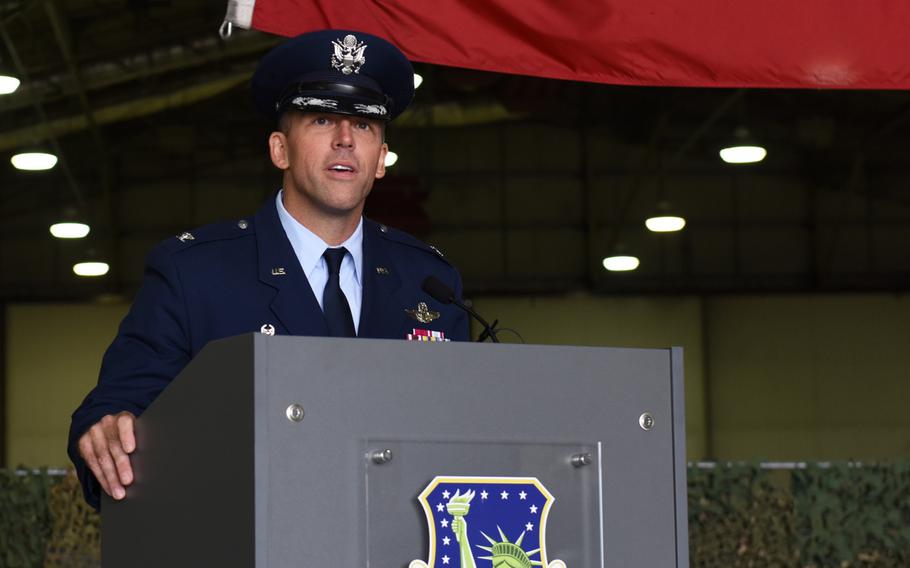 Col. Jason Camilletti took command of the 48th Fighter Wing at RAF Lakenheath, where he will help oversee the arrival of the first U.S. F-35 fighter jets to be based in Europe.

Camilletti, the former 48th Operations Group commander, called operating the F-35A Lightning II out of England “a game changer” for Europe during a ceremony Friday.

“We will continue to ensure that the airmen from RAF Lakenheath are always ready to own the skies, we will prioritize surety and conventional readiness with an emphasis on the high-end fight, and we will continue to make preparations for the arrival of our first F-35A Lightning II late next year,” Camilletti said in an Air Force statement.

Camilletti takes over from Col. Will Marshall, who will become the 3rd Air Force vice commander at Ramstein Air Base, Germany.

“If you empower your people and have good people working for you, they will do tremendous things,” Marshall said, according to the statement. “It’s been an honor of a lifetime. We will miss you all.”

Marshall’s command saw the wing generate more than 21,000 sorties, 46,000 flying hours and deploy about 5,600 personnel to 26 countries, the statement said.