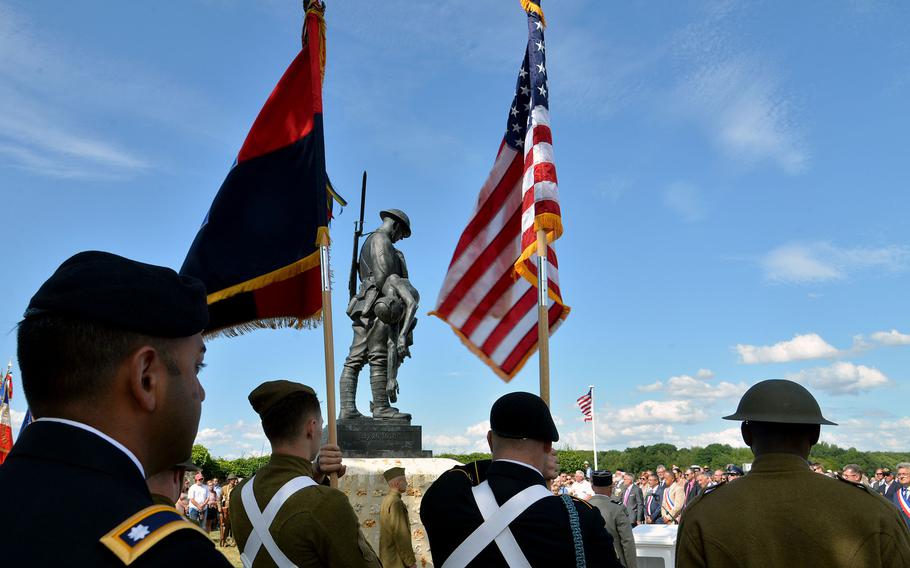 A ceremony at the 42nd Infantry Division's memorial in France, marked the 100th anniversary Battle of Croix Rouge Farm. (MICHAEL ABRAMS/STARS AND STRIPES)

The 42nd Infantry Division marked the 100th anniversary of World War I's Battle of Croix Rouge Farm in France, with a ceremony at the division’s memorial monument.

Scores of French and Americans gathered at the foot of the statue that depicts a soldier carrying a wounded comrade near the French village of Fere-en-Tardenois, where the 42nd, or Rainbow Division as they are also known, fought a two-day battle in July 1918.

The 42nd, a National Guard division, pursued the Germans across the Ourcq River and advanced more than 11 miles in eight days.