US to help Ukraine repair power grid after Russian strikes 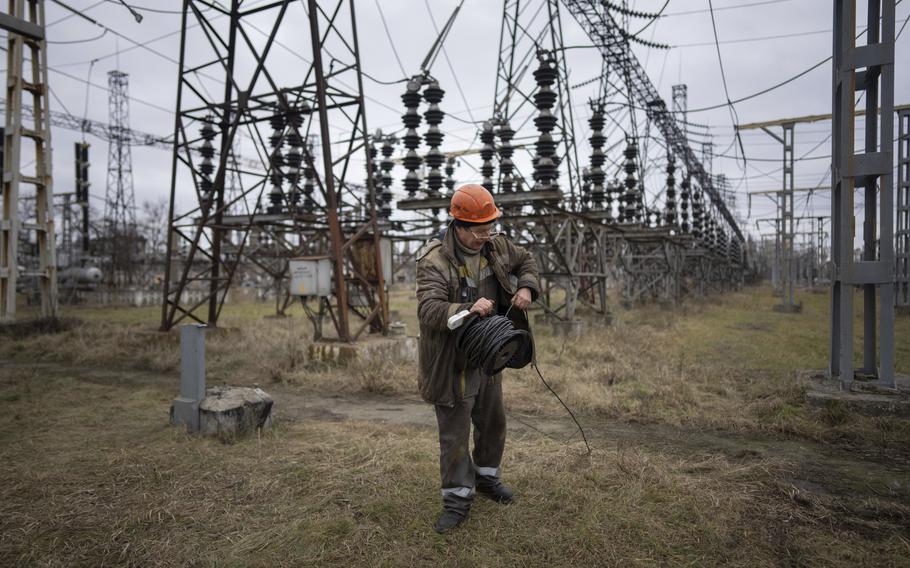 A worker at a power plant, tries to repair damages after a Russian attack in central Ukraine, Jan. 5, 2023. (Evgeniy Maloletka/AP)

The U.S. Agency for International Development plans to use the money to procure backup power for Kyiv's water and district-heating systems. The funding also will help replenish supplies of gas turbines, transformers and other vital power equipment.

USAID administrator Samantha Power, who is attending the World Economic Forum in Davos, Switzerland, announced the funding in a statement Wednesday. USAID says the money comes from the supplemental Ukraine funding approved by Congress last month.

Russian forces since October have intensified strikes on Ukraine's electrical grid and other critical infrastructure, repeatedly plunging Ukrainians into darkness and winter cold. Utility workers and others are scrambling during what have been nearly weekly barrages on infrastructure to restore electricity and heating.

Past USAID energy assistance since Russia invaded Ukraine in February included delivery of 1,415 generators to keep the heat and lights on at schools, hospitals and other sites across Ukraine. USAID also has invested $55 million in Ukraine's heating infrastructure.