Norway wants to talk to asylum-seeker from Wagner Group 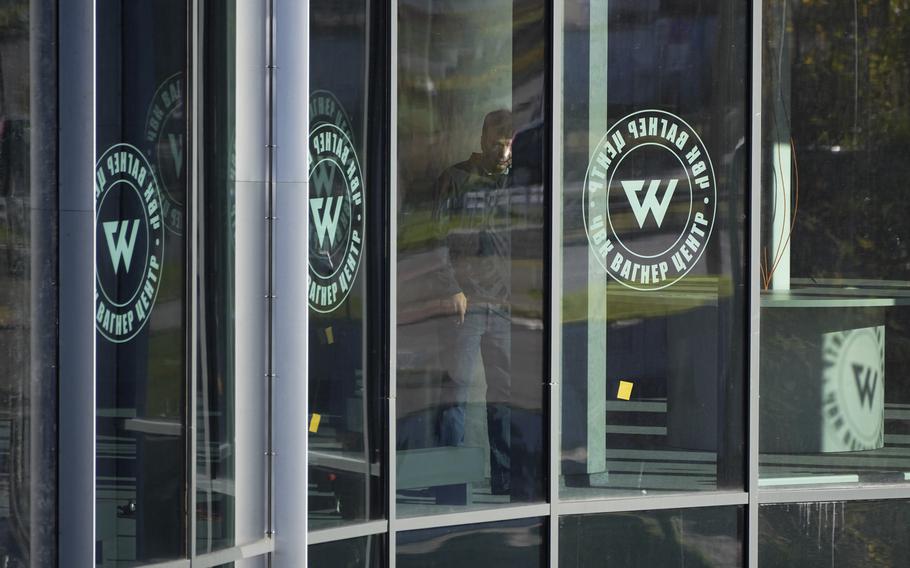 A man is seen inside the “PMC Wagner Centre” ahead of its opening in St. Petersburg, Russia, on Oct. 31, 2022. A Russian man who reportedly is a former high-ranking member of the Russian private military contractor Wagner Group, has sought asylum in Norway, authorities said Monday, Jan. 16, 2023. (AP Photo)

COPENHAGEN, Denmark — The Norwegian police unit that investigates war crimes said Tuesday that it wants to talk to a Russian asylum-seeker who reportedly is a former high-ranking member of the private Russian military contractor Wagner Group.

Norway's National Criminal Investigation Service, which takes part in the investigation of war crimes in Ukraine with the International Criminal Court, said it was in contact with Andrey Medvedev and his Norwegian lawyer and "would like to conduct an interrogation of him in the near future. Medvedev has the status of a witness."

Last week, Medvedev, who says he's fears for his life, fled to Norway where he sought asylum. In a video posted by the Russian dissident group Gulagu.net, Medvedev said he came under Russian gunfire before he crossed into the Scandinavian country.

Medvedev explained he had left the Wagner after his contract, initially from July to November, was extended without his consent, and was willing to testify about any war crimes he witnessed and denied he had participated in any.

In the video interview with France-based Gulagu, the ex-fighter says he feared experiencing the same fate as another recruit whose head was reportedly smashed in by a sledgehammer by the Wagner Group in a public execution. In a segment apparently filmed before he fled Russia, he asks for help from Russian President Vladimir Putin and the Federal Security Service, or FSB, among others. Gulagu's Vladimir Osechkin said that Medvedev and another man reached out for help in December.

"He himself has said that he has been part of the Wagner Group, and it is interesting for the National Criminal Investigation Service to get more information about this period," the Norwegian police said in a statement.

Last week, police in Arctic Norway said a person had illegally entered from Russia by crossing the border, which is 123 miles long.

The man was detained by Norwegian border guards and the arrest was undramatic, police said, adding that he went to a private house in the border area and asked for help. Police in Norway said that they had been notified late Thursday by Russian border guards who discovered traces in the snow that could indicate that someone had crossed the border illegally.

The Wagner Group, owned by Yevgeny Prigozhin, a millionaire with ties to Putin, includes a large number of convicts recruited in Russian prisons who have spearheaded attacks in the war with Ukraine. The group has has become increasingly influential in Africa, where it has been pushing Russian disinformation, building alliances with governments and gaining access to oil, gas, gold, diamonds and valuable minerals.

Lori Hinnant contributed to this report from Paris.