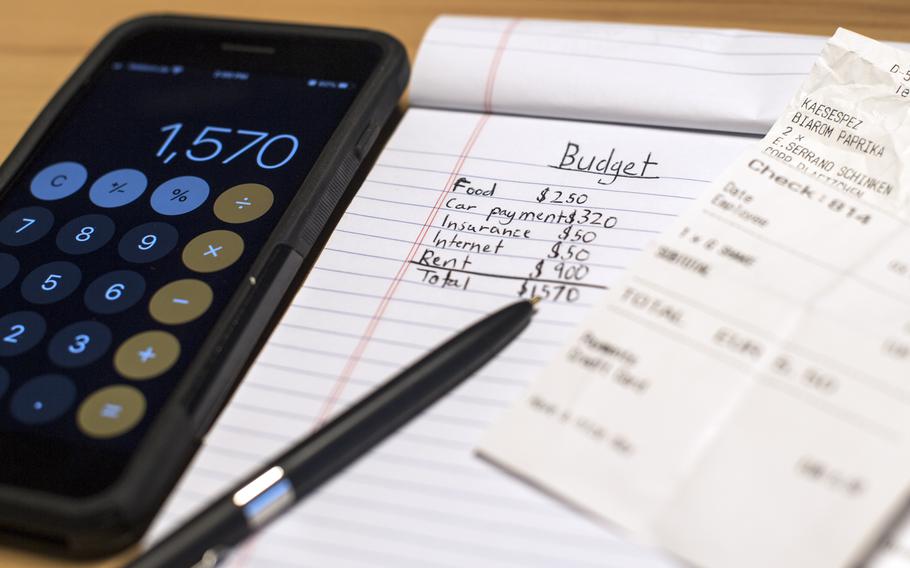 Utility prices in Germany are scheduled to rise in early 2023, which may require some U.S. families living off base to review their allowances. (Kirby Turbak/Air Force)

KAISERSLAUTERN, Germany — New German government programs aimed at taking some of the sting out of impending energy bill hikes should be of help for Defense Department personnel in the largest U.S. military community overseas.

On Monday, the German government announced an emergency payment for natural gas and district heating customers in December and a price break for both electric and natural gas power customers early next year.

Under the program, households and small businesses that use natural gas or district heating will not have to pay their December down payments to the utilities. Those who pay would receive an automatic credit during the next billing cycle.

From January 2023, electricity prices for private consumers are to be capped at 40 euro cents per kilowatt hour for up to 80% of the previous year’s consumption, though that rate is still higher than what most customers had been paying in recent years. 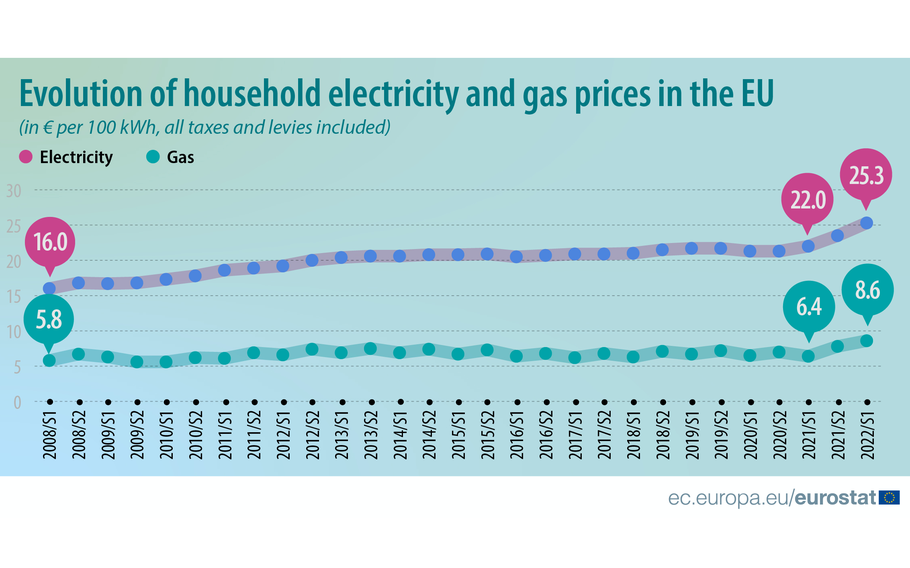 Pfalzwerke, a utility in the Kaiserslautern area, told customers in a Nov. 14 letter that electricity prices will increase by up to 78% starting Jan. 1, 2023.

“While we could continue to keep electricity prices stable in 2022, we will have to adapt it in January 2023,” Nadine Joy, a spokeswoman for Pfalzwerke, told Stars and Stripes earlier this year.

SWK, the largest provider in Kaiserslautern, in a letter this week blamed price hikes on the Russia-Ukraine war, saying it has “driven prices on the energy markets to unprecedented heights.”

The Kaiserslautern area is home to tens of thousands of U.S. personnel and family members. The price hikes may force some Defense Department personnel to pay out of pocket if their utility allotments aren’t enough to cover the bigger bills.

Earlier this month, before some service members received the latest utility company notifications, major commands in Europe asked them for documentation showing the price hikes in a bid to get the Pentagon to agree to an early allowance increase.

The data has been provided to the Office of the Secretary of Defense, Terry Welch, a spokesman for U.S. Army Europe and Africa, said Tuesday.

Average electricity consumption for a three-person household in Germany is estimated to exceed 4,900 kilowatt-hours per year, according to federal statistics. In Kaiserslautern, this could mean a power bill upward of 1,850 euros per year under the new pricing plans.

Wholesale prices for electricity and gas have increased substantially across the Continent, spurred largely by effects of Russia’s invasion of Ukraine in February and the ongoing Russia-Ukraine war.

The share of Russian energy products in the European power grid declined by nearly $6.3 billion since the start of the war, falling from 25.5% of total European energy imports at the beginning of the year to 15.1% in the third quarter of 2022, the European Commission said in a statement Tuesday.

On Wednesday, German Chancellor Olaf Scholz in a speech to parliament reinforced his government’s promise to end Germany’s “one-sided dependence” on Russia and China for energy.

With new liquid gas terminals, supply contracts, the restarting of coal-fired power plants and the continued operation of nuclear power plants, Germany is on track to stave off energy shortfalls, especially for its economically critical manufacturing sector, Scholz said.