Germany to wind down Mali military mission by mid-2024 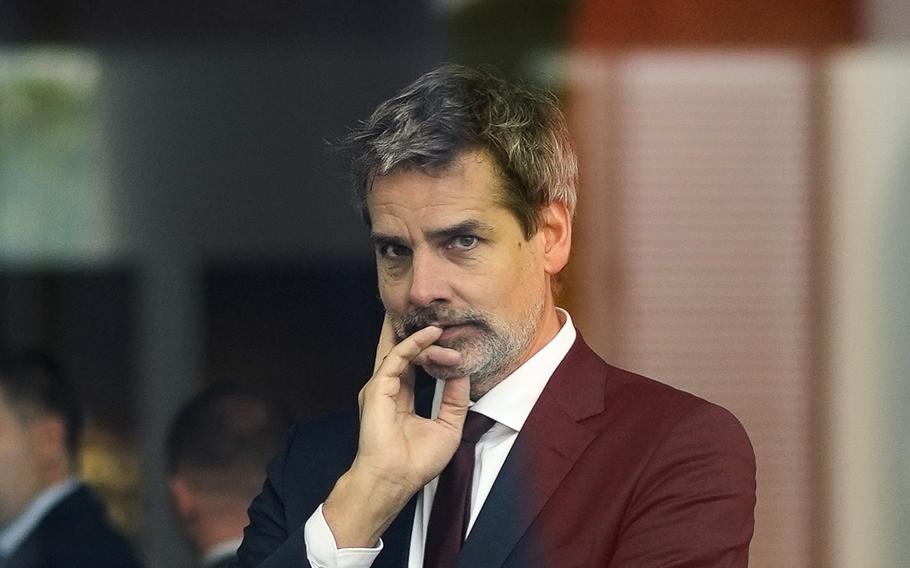 German government spokesman Steffen Hebestreit is seen at the foyer of the chancellery in Berlin, Germany, on Oct. 4, 2022. (Markus Schreiber/AP)

BERLIN — The German government said Tuesday that it plans to wind down the country's participation in a U.N. military mission in Mali by the middle of 2024.

Chancellor Olaf Scholz's spokesman, Steffen Hebestreit, said in a brief statement that the government will propose to parliament granting a final one-year extension to the mission in Mali in May "to allow this deployment to be phased out in a structured way after 10 years." The idea is to take account of elections in Mali that are expected in February 2024, he said.

German military missions overseas require a mandate from parliament, which is typically granted on an annual basis. The current mandate for Germany's participation in the U.N. mission known as MINUSMA allows for the deployment of up to 1,400 troops.

The German decision follows repeated tensions between Mali's leadership and the international community. Britain announced last week that it would withdraw its troops from the U.N. mission in Mali, saying that the West African country's growing reliance on Russian mercenaries is undermining stability.

Britain did not give a timeline for its withdrawal.