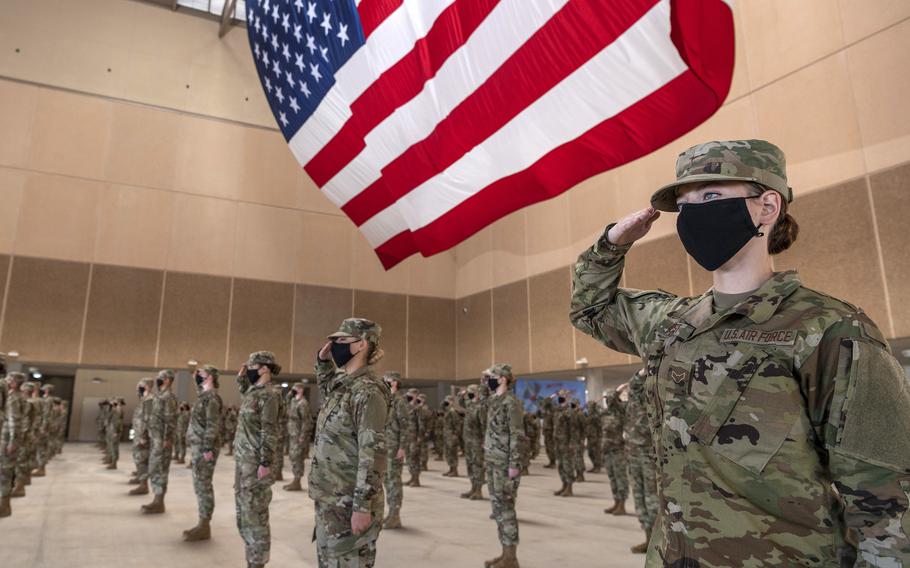 Victims of sexual harassment in the Air Force and Space Force now have the same reporting options and access to help that previously were limited to sexual assault cases.

Active-duty service members may file a restricted or unrestricted report with the Sexual Assault Prevention and Response office to gain more advocacy and support services, the Air Force announced Wednesday.

The change expands “an individual’s choice, autonomy and control over what options and support are best for them,” Laurel Falls, an Air Force spokeswoman, said in a statement.

As with sexual assault, a restricted report remains confidential and doesn’t trigger an investigation or command notification, unless the service member gives written consent or if it’s determined a health and safety risk exists, the Air Force statement said.

With an unrestricted report, the victim’s commander and the installation Equal Opportunity office are notified. The EO office talks with the victim about the complaint process and the workings of a command investigation.

Federal law defines sexual harassment as conduct that involves unwanted sexual advances, requests for sexual favors or deliberate or repeated offensive comments or gestures of a sexual nature that are either implicitly or explicitly made a term or condition of a person’s job, pay or career.

The behavior also interferes with a person’s work performance or creates a hostile work environment, according to the definition.

“For service members victimized by this harmful behavior, it can be crippling, preventing them from coming forward out of fear of further harassment or the perceived lack of support from their leaders or co-workers,” Brig. Gen. Debra Lovette, the service’s integrated resilience director, said in a statement.

The policy implements requirements laid out for all the services in the 2022 National Defense Authorization Act and the Defense Department’s independent review of sexual assault and harassment in the military.

DOD’s 2021 annual report on sexual assault in the military, released last month, found that more than 8% of active-duty women and about 1.5 % of active-duty men indicated experiencing some form of unwanted sexual contact in the year before the survey was conducted.

Most services previously directed sexual harassment victims to file a complaint with Equal Opportunity, an office that addresses workplace equity and safety. But the approach came “at the expense of establishing a clear response for victims to receive support,” the commission report said.

The review led to other changes as well. Prosecution of sexual assaults and related crimes was removed from the military chain of command, and sexual harassment was added as an offense under the Uniform Code of Military Justice.

Air Force civilians are not eligible for restricted or unrestricted reporting or advocacy through the Sexual Assault Prevention and Response office.