Germany and Slovenia make a deal to send tanks to Ukraine

BERLIN — Germany and Slovenia have sealed a deal that will see Slovenia send 28 tanks of Soviet-era design to Ukraine and get 40 modern military trucks from Germany, the German Defense Ministry said Tuesday.

Defense Minister Christine Lambrecht agreed to sign a letter of intent on the deal with her Slovenian counterpart Marjan Sarec, her ministry said. It didn't specify when the vehicles will be delivered.

The agreement foresees Slovenian handing over 28 M-55S tanks to Ukraine and getting 40 military trucks, including five tankers.

Germany has been keen to promote such deals under which eastern NATO allies hand off Soviet-era equipment to Kyiv and get modern equipment from Germany. Agreements were previously reached with the Czech Republic, Slovakia and Greece.

Germany has argued it's an efficient way to get material to Ukraine that the country's military is familiar with.

Berlin so far has balked at supplying Western-designed tanks to Ukraine, arguing that other allies haven't done so and Germany won't go it alone. Still, there is pressure from the opposition at home and parts of Chancellor Olaf Scholz's own governing coalition to rethink that stance. 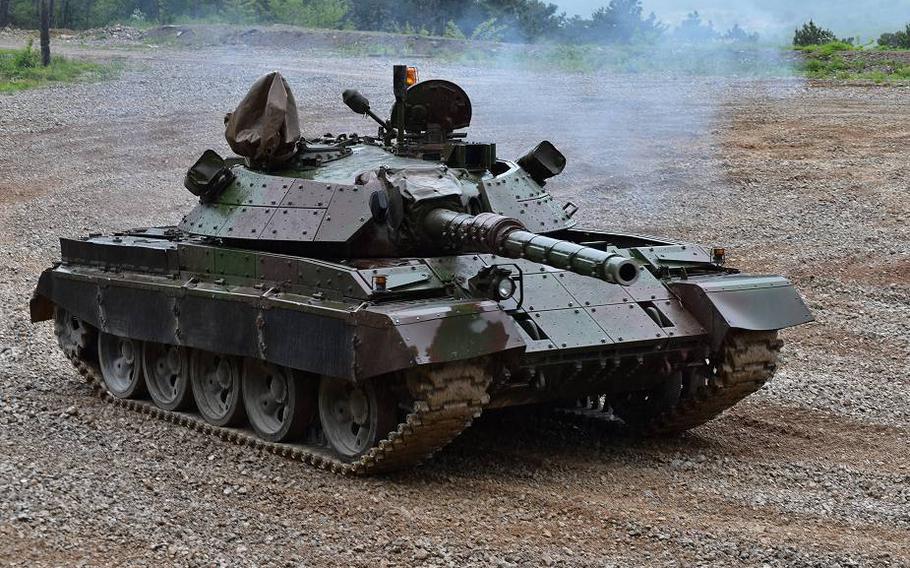 Germany and Slovenia have sealed a deal that will see Slovenia send 28 M-55S tanks to Ukraine and get 40 modern military trucks from Germany. (AndrejS.K/Wikipedia Commons)