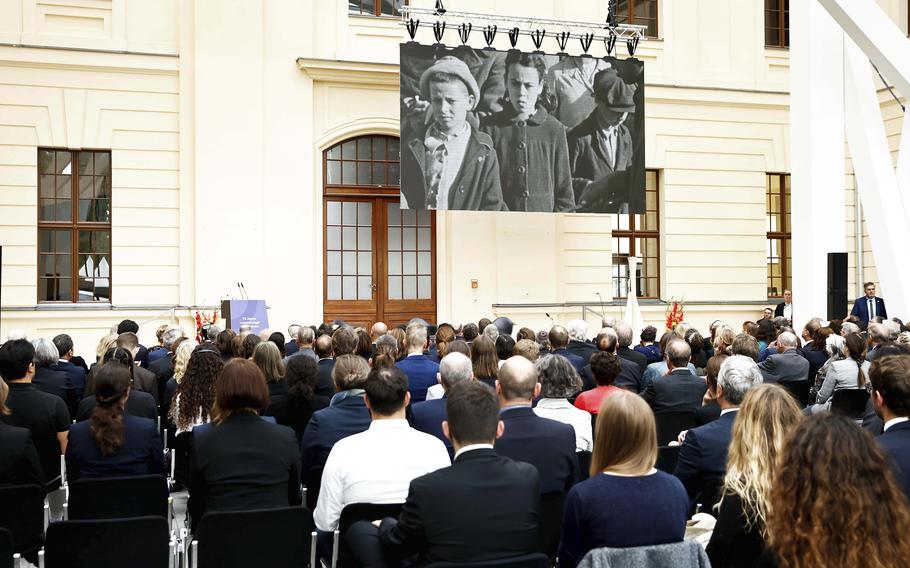 BERLIN — The organization that handles claims on behalf of Jews who suffered under the Nazis said Thursday that Germany agreed to pay approximately 1.2 billion euros to Holocaust survivors living around the world in 2023, bringing its total compensation to more than 80 billion euros.

The announcement came as Germany marked the 70th anniversary of the signing of the so-called Luxembourg Agreements, a reparations pact that made it possible for Holocaust survivors to receive a measure of justice for the Nazi persecution of Jews during World War II.

More than 6 million European Jews were murdered by Germany’s Nazis and their henchmen during the Third Reich.

“The extermination of European Jews by the Nazis left a horrific chasm, not only in global Jewry, but in global humanity,” said Gideon Taylor, the president of the New York-based Conference on Jewish Material Claims Against Germany, also referred to as the Claims Conference.

“These agreements laid the groundwork for compensation and restitution for those survivors who had lost everything and continue to serve as the foundation for the ongoing negotiations on behalf of the estimated 280,00 Holocaust survivors living around the world,” Taylor added.

On Thursday, the German government invited hundreds of guests to a ceremony at Berlin’s Jewish Museum to commemorate the 70th anniversary of the agreement and to underline the responsibility the country bears for the past, the present, and for the future.

“The Luxembourg Agreements were fundamental and led to financial compensation in the amount of more than 80 billion euros Germany has paid by the end of 2021,” German Chancellor Olaf Scholz said.

“At the same time, it was clear to all concerned that this agreement could not pay off the heavy guilt that Germans had brought upon themselves,” Scholz added. “The Luxembourg Agreements were rather an attempt to assume moral responsibility for the failure of morality - the attempt to ensure that it was not inhumanity that had the last word, but humanity.”

The reparation agreements, signed in 1952, created the basis for all subsequent compensation for Nazi persecution.

The negotiations were very contentious at the time and even led to violent protests in Israel, where some argued that accepting payments — critics called the compensation blood money — would be like forgiving the Nazis for their crimes.

The agreements eventually reached were the first time a defeated power paid compensation to civilians for wartime losses and suffering.

“As visionary as those original negotiators were, they could not have possibly imagined the long-term and deep consequences of the Holocaust on survivors,” Greg Schneider, executive vice president of the Claims Conference, told The Associated Press.

“No one possibly imagined that 70 years later there would still be elderly Holocaust survivors who were so impoverished, who were so needy, who were still suffering the dire consequences,” Schneider said, adding that that was the reason why the funding for next year includes a 130 million-euro increase in the amount designated for home care.

As the number of living Holocaust survivors dwindles and memories of the genocide fade, scholars and educators want to ensure future generations know about the Nazi atrocities inflicted on Jewish people.