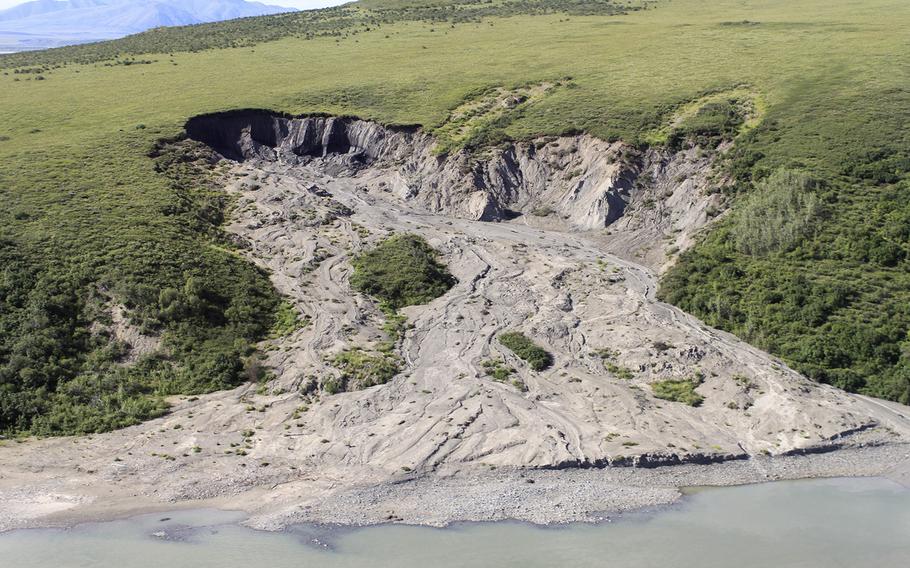 As Earth warms, its frozen Arctic hillsides begin to thaw, belching carbon into the atmosphere.

But research in the Cryosphere journal suggests thawing causes hillsides to collapse in a way that makes even more carbon release inevitable.

Scientists studied hillsides on Siberia's Taymyr Peninsula, which borders the seas that open north into the Arctic Ocean. The region is covered in permafrost tundra and is extremely cold, with a mean annual air temperature of just 14 degrees.

Using satellite imagery from 2010 to 2017 and 2018 to 2021, a team studied how elevations and landscapes changed on the peninsula and found evidence of what they call "thaw slumps" - landslides that occur as ice slowly melts, leading to horseshoe-shaped collapses in the hillside.

As they thawed and collapsed, the hillsides released carbon once trapped beneath the ice. Researchers estimate that carbon release increased 28-fold in the study period; much of that was linked to 2020, when the region recorded temperatures that were much warmer than average.

The climate models used to quantify and predict climate change don't account for that carbon release.

That should change, the researchers write. They contend the hillsides are a "major but largely neglected component of the Arctic carbon cycle."

It's unclear what happens to that carbon and how it contributes to global warming and climate change. Scientists say it will take more research, including remote sensing via satellite, to understand more about the sliding hillsides and their long-term consequences for both the Arctic landscape and the planet.