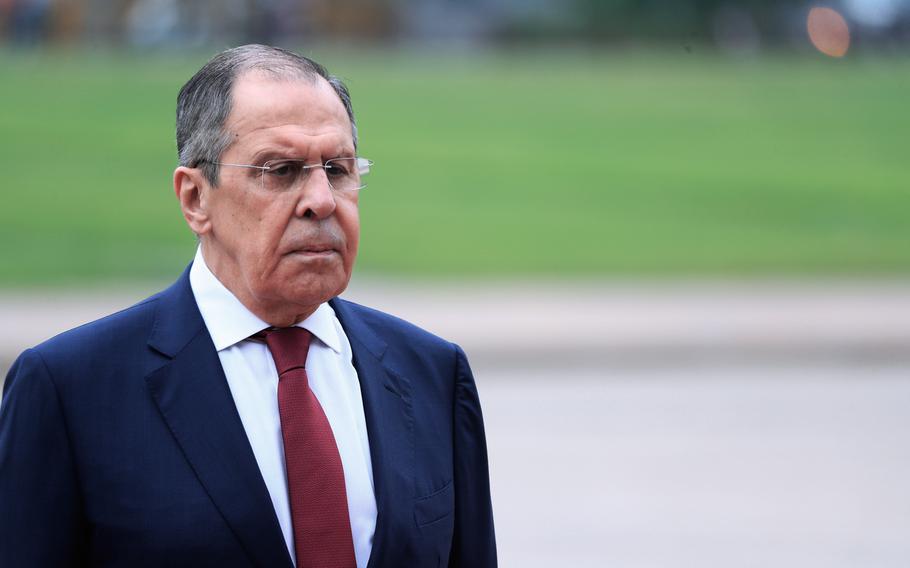 BANGKOK — Russian Foreign Minister Sergey Lavrov arrived Wednesday in Myanmar for an official visit that Moscow said will include discussions with the military government on security and economic issues, the Russian news agency TASS reported.

Russia is a major supporter of Myanmar’s military government, which came to power in February last year when it ousted the elected government of Aung San Suu Kyi.

Lavrov met with his counterpart, Wunna Maung Lwin, and other top Myanmar officials shortly after his arrival in the capital, Naypyitaw, Russia's Foreign Ministry wrote on Twitter.

Western nations have ostracized Myanmar's ruling generals and maintain economic and political sanctions against them because of their takeover and violent repression of opposition.

Lavrov’s visit, his first to Myanmar, comes ahead of his attendance at a meeting of foreign ministers of the Association of Southeast Asian Nations, hosted by Cambodia this week.

Myanmar has been in a state of increasing turmoil since the army takeover last year, and its military regularly carries out attacks on armed pro-democracy militants and their supporters and ethnic minority militias that have long battled for greater political autonomy. U.N. experts have described the country as being in a civil war.

Russia is Myanmar’s top arms supplier, despite calls from many other nations for an arms embargo. Russian-made fighter jets are used in attacks on territory under the control of ethnic minority groups.

Russia and China, the ruling military’s other major ally, have been able to stymie coordinated international sanctions because of the veto power they hold as members of the U.N. Security Council.

The failure of Myanmar’s generals to make efforts to restore peace and democracy in their country is expected to be a major issue at this week’s ASEAN meeting. Myanmar is one of ASEAN's 10 members but has failed to implement the group's plan to ease the crisis.

Russia's foreign ministry announced Tuesday that Lavrov would meet with his counterpart, Wunna Maung Lwin, and other members of Myanmar's leadership.

Senior Gen. Min Aung Hlaing, who heads Myanmar's ruling military council, has visited Russia twice since taking power. There have also been exchanges of defense delegations of both countries.