Russia cuts gas through Nord Stream 1 to 20% of capacity 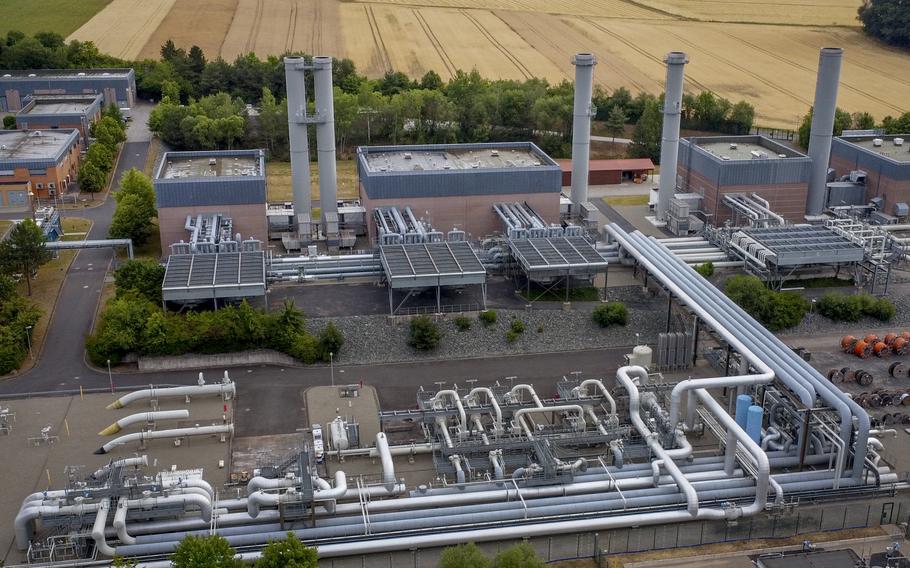 The gas storage plant Reckrod is pictured near Eiterfeld, central Germany, Thursday, July 14, 2022, after the Nord Stream 1 pipeline was shut down due to maintenance. (Michael Probst/AP)

BERLIN — Russia’s Gazprom on Wednesday halved the amount of natural gas flowing through a major pipeline from Russia to Europe to 20% of capacity. It’s the latest reduction to Nord Stream 1 that Russia has blamed on technical problems, but Germany calls a political move to sow uncertainty and push up prices amid the war in Ukraine.

The Russian state-controlled energy giant announced Monday that it would carry out the reduction citing equipment repairs, further raising fears that Russia could cut off gas completely to try to gain political leverage over Europe as it tries to bolster its storage levels for winter.

Data on the Nord Stream website and the head of Germany’s network regulator, Klaus Mueller, confirmed the reduction.

Prices surged to the highest levels since early March for natural gas, which is used to power industry, generate electricity and heat homes in the winter. Climbing energy prices are fueling inflation, further squeezing people’s spending power and heightening concerns that Europe could plunge into recession if it does not save enough gas to get through the cold months.

That fear led EU governments on Tuesday to agree to reduce natural gas use to protect against further supply cuts by Russia.

The draft law aims to lower demand for gas by 15% from August through March through voluntary steps. If there aren’t enough savings, mandatory cuts would be triggered in the 27-nation bloc.

Russia recently has accounted for about a third of Germany’s gas supplies. The government said last week that the drop in gas flows confirmed that Germany can’t rely on Russian deliveries, announcing that it would step up its gas storage requirements and take further measures to conserve supplies.