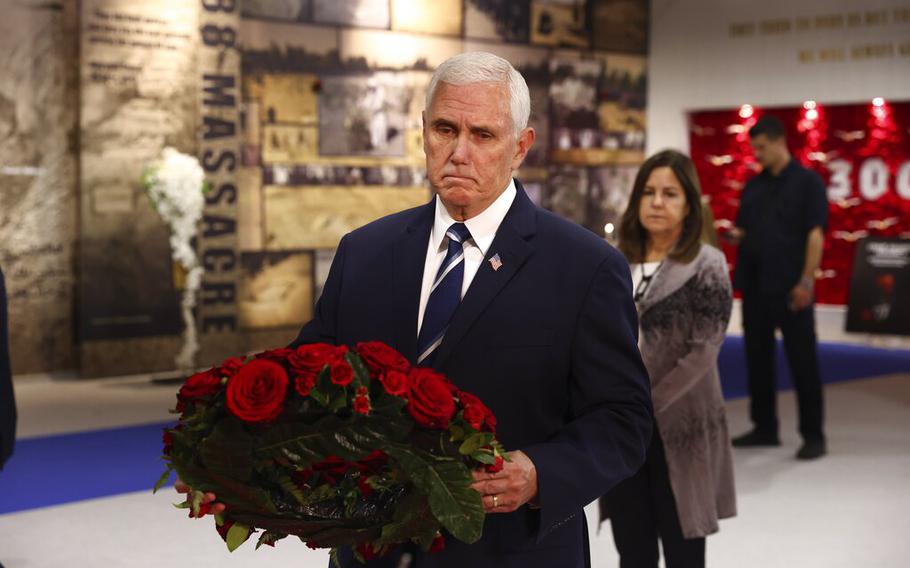 MANZA, Albania — Former U.S. Vice President Mike Pence on Thursday denounced the Iranian regime for "brutality" and urged the Biden administration not to renew a nuclear deal with Tehran, saying it would embolden Iran's leadership.

Pence flew 5,000 miles from his home in Indiana to Albania to visit the Ashraf-3 camp that is home to some 3,000 Iranian dissidents from the Mujahedeen-e-Khalq, best known as MEK.

Pence said the election of President Ebrahim Raisi, whom he called "a brutal mass murderer responsible for the 1988 massacre of 30,000 political prisoners," was "intended to quash internal dissent and intimidate the people of Iran into remaining silent."

He also visited the camp's museum on what it describes as the death or execution of up to 120,000 Iranians since the Islamist regime came to power in 1979.

The Mujahedeen-e-Khalq began as a Marxist group opposing the rule of Shah Mohammad Reza Pahlavi. It supported the 1979 Islamic Revolution, but soon had a falling out with Grand Ayatollah Ruhollah Khomeini and turned against his clerical government, carrying out a series of assassinations and bombings in the Islamic Republic. 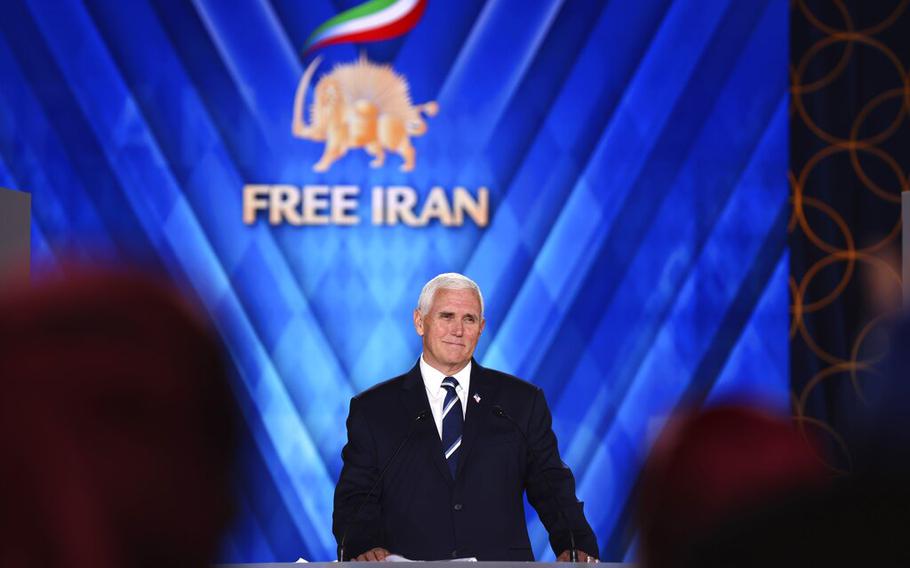 Former U.S. Vice President Mike Pence pauses during his speech at the Iranian opposition headquarters in Albania, where up to 3,000 MEK members reside at Ashraf-3 camp in Manza town, about 16 miles west of Tirana, Albania, Thursday, June 23, 2022. (Franc Zhurda/AP) 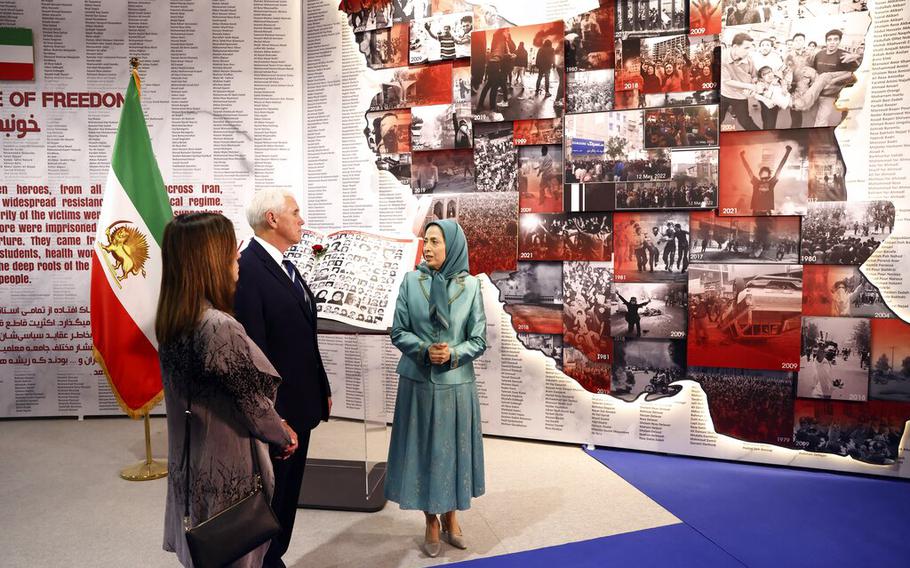 The MEK later fled into Iraq and backed dictator Saddam Hussein during his bloody eight-year war with Iran in the 1980s, leading many people in Iran to oppose the group. Although now largely based in Albania, the group claims to operate a network inside Iran.

Pence hailed the time of his governing with former President Donald Trump when they canceled the Iran nuclear deal, mentioning the sanctions imposed on Iran's Islamic Revolutionary Guard and bringing Iran's oil exports to near zero.

He said a deal would not "benefit the people of Iran in any way but "merely empower and enrich a corrupt regime that has tormented and tortured the Iranian people for generations."

Pence urged the Biden administration "to immediately withdraw from all nuclear negotiations with Tehran, voice support for the organized opposition in Iran, and make it clear that America and our allies will never permit the regime in Tehran to obtain a nuclear weapon."