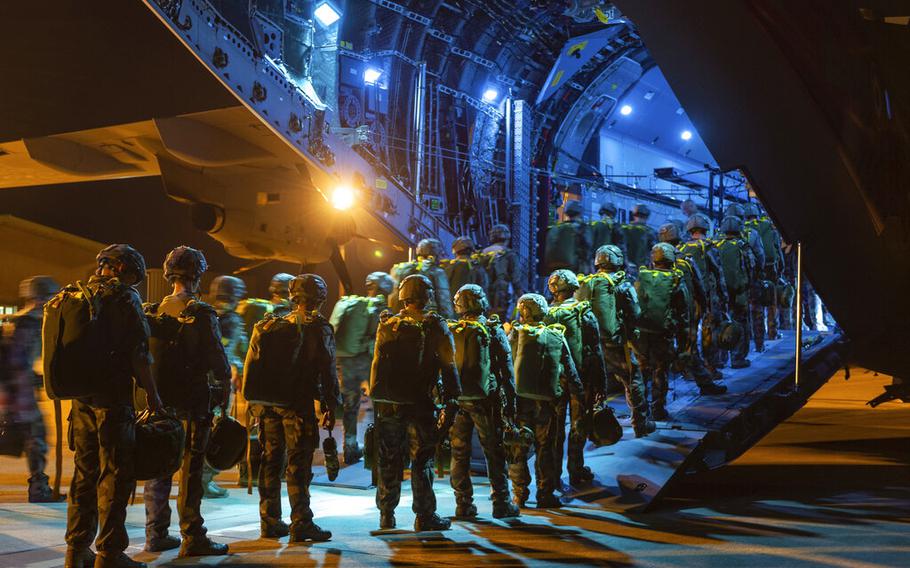 French troops board a military plane in an undisclosed French city to take part to a force projection operation towards Estonia named Operation Thunder Lynx as part of NATO missions in Estonia, early Wednesday June 22, 2022. (French army via AP)

The airborne operation conducted on Tuesday night and dubbed Thunder Lynx "enabled, at very short notice, the dropping of about 100 paratroopers" from France's 11th Airborne Brigade "over an area secured by Estonian soldiers," the statement said.

The hastily organized exercise in Estonia, a NATO ally, was executed as an act of "strategic solidarity" amid Russia's war in Ukraine.

"The airborne operation illustrates the ability of the French armed forces to intervene, in emergency, and support an allied country," a French defense ministry statement said.

France was one of the first countries to send its troops to Europe's eastern flank following Russia's invasion of Ukraine on Feb. 24. 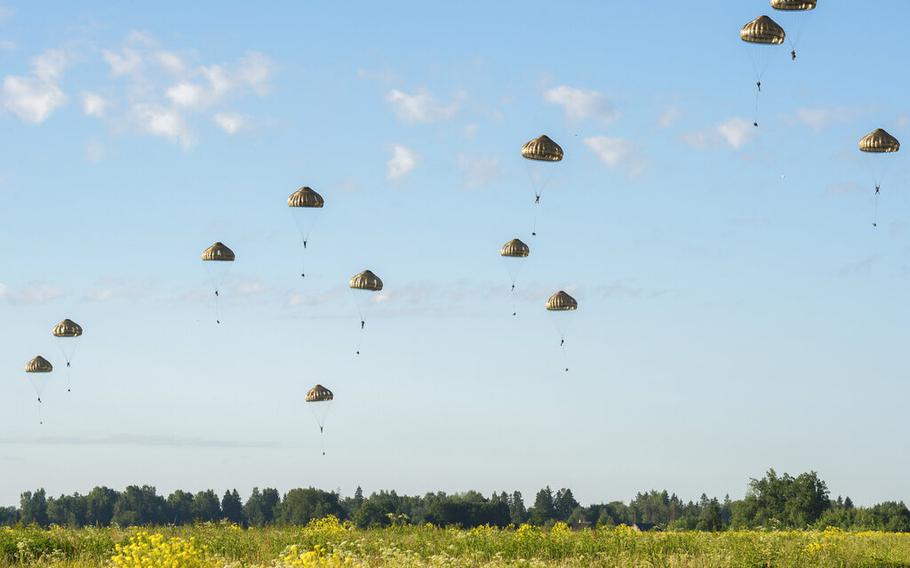 French paratroopers descend from the sky over a field in Estonia during a military exercise dubbed Operation Thunder Lynx on Wednesday June 22, 2022. (French army via AP) 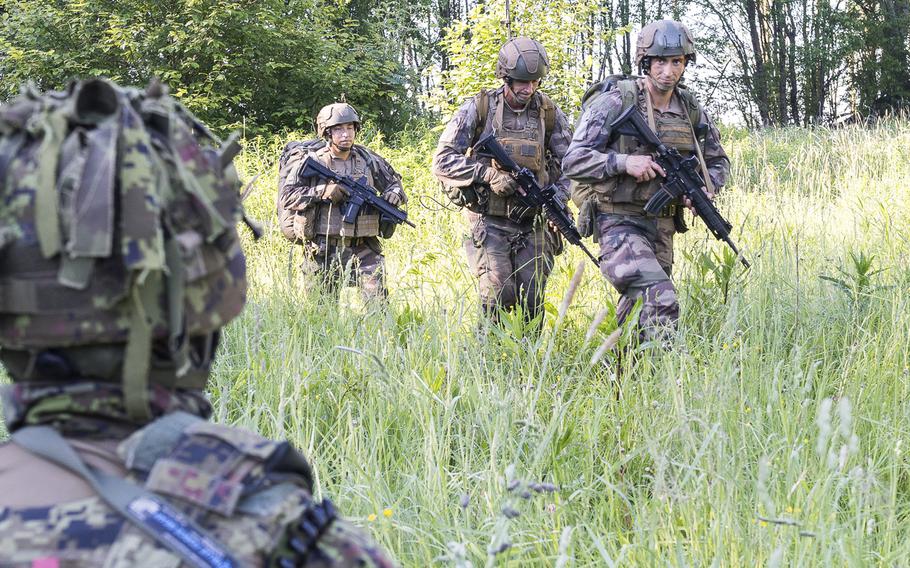 French troops walk through a field after landing in Estonia during a military exercise dubbed Operation Thunder Lynx on Wednesday June 22, 2022. (French army via AP)

France has around 500 soldiers deployed to Romania as part of NATO's Rapid Reaction Force and has been a key player in NATO's bolstering of forces on the alliance's eastern flank since the war started.

In May, France deployed an air defense system to Romania that NATO said "can ensure protection to the forces operating within the area." During a recent visit to the French troops stationed in Romania, French President Emmanuel Macron emphasized his country's commitment to "defend Europe as war is being waged again."