Greece to extend base access deal with US military 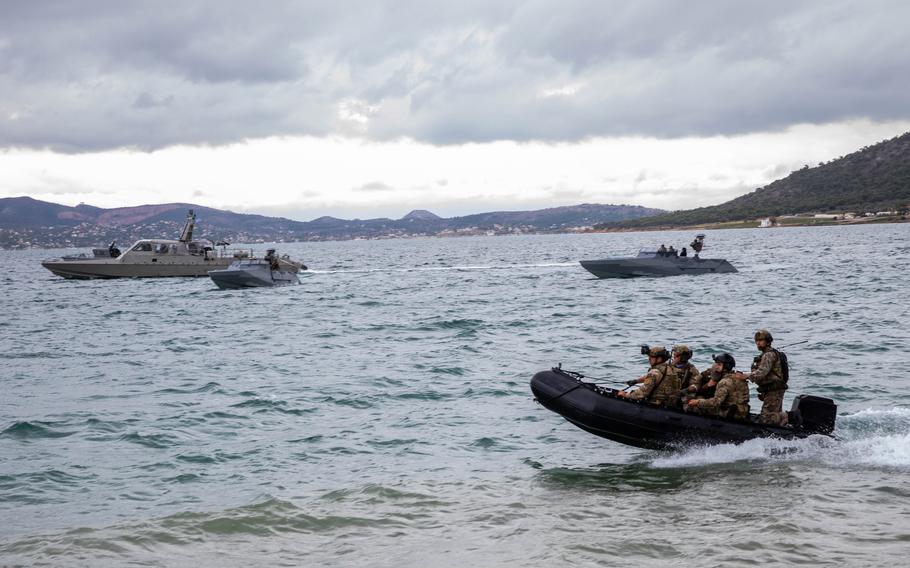 ATHENS, Greece — Greece is extending a bilateral military agreement with the United States for five years, with officials from the country's center-right government arguing that enhanced alliances within NATO will help stabilize the region rattled by Russia's war in Ukraine and tension in the eastern Mediterranean.

The agreement will grant the U.S. military continued access to three bases in mainland Greece together with its long-standing naval presence on the island of Crete.

It replaces an annual review of the deal with a five-year rollover period.

U.S. Ambassador George J. Tsunis met Thursday with Greek Prime Minister Kyriakos Mitsotakis, who is traveling to Washington for a meeting with President Joe Biden at the White House on Monday.

"We discussed how the US and Greece can work together to strengthen our remarkable ... alliance promoting security and prosperity, building on our fantastic momentum," Tsunis tweeted.

Last year, Greece also finalized a bilateral defense deal with France in the wake of a tense naval standoff with fellow-NATO member Turkey in 2020. The two countries are locked in a decades-old dispute on sea boundaries and mineral rights in the eastern Mediterranean.

"We don't have the luxury to be careless. We don't have it. I wish we were Luxembourg, on national security issues. But we are not," Dendias told lawmakers.

The main opposition party, the leftist Syriza, opposed the agreement, arguing that it didn't provide Athens with sufficient security guarantees.

Earlier Thursday, protesters from the Greek Communist Party unfurled banners at the ancient Acropolis against the military deal. The banners, in Greek and English, read "No to war. No to the bases of death."