Ukraine takes Russia to court, but Moscow’s representatives are a no-show

PARIS — Russia did not show up for a hearing Monday at the United Nations’ top court, effectively boycotting Ukrainian efforts to seek an immediate end to the fighting.

The proceedings at the International Court of Justice (ICJ) in The Hague went ahead, but Russia’s absence cast doubts over the extent to which established international legal mechanisms can be effective tools in efforts to stop the war in Ukraine, or could pose serious risks for Russian President Vladimir Putin.

“When confronted by such open illegality, is this court utterly powerless to stop it?” asked Harold Hongju Koh, one of the attorneys that represent Ukraine, in court on Monday.

Ukraine seeks an emergency order that would require Russia to halt its invasion. Last Tuesday, ICJ President Joan E. Donoghue urged Russia’s foreign minister to “act in such a way” that a court order — which may come within days — can “have its appropriate effects.” In theory, any breaches could end up at the U.N. Security Council, which may “decide upon measures to be taken to give effect to the judgment,” according to the U.N. charter.

But as one of five permanent members of the Security Council, Russia would probably be able to veto any such measures, rendering the ICJ ruling largely symbolic.

The case centers on Russia’s official explanation for its invasion of Ukraine, which Putin has said is intended to ensure the “denazification” of Ukraine and end a “genocide” in the country’s east. There is no evidence to support Russia’s claims.

Representatives of Ukraine reiterated Monday that the Russian accusations are false and represent a pretext for an illegal invasion. Since both Russia and Ukraine have ratified the 1948 treaty on the prevention of genocide, Ukraine argues that the ICJ can make a ruling based on the Russian claims.

“Ukraine comes to this court because of a grotesque lie, and to seek protection from the devastating consequences of that lie,” said David Zionts, one of the attorneys for Ukraine. “The lie is the Russian Federation’s claim of genocide in Ukraine. The consequences are unprovoked aggression, cities under siege, civilians under fire,” he said.

As proceedings got underway Monday, court president Donoghue said the Russian Embassy in the Netherlands had informed the court that the Russian government does “not intend to participate in the oral proceedings.”

One of the longtime lawyers who had previously represented Russia at the ICJ, Alain Pellet, resigned last week, writing in an open letter that it “has become impossible to represent in forums dedicated to the application of the law a country that so cynically despises it.”

Since Russia’s illegal annexation of the Crimean Peninsula in 2014, Ukraine has sought numerous ways to hold Russia legally accountable but has consistently been met with denials or evasion tactics.

After the United Nations’ International Tribunal for the Law of the Sea ruled in 2019 that Russia should release two dozen captured Ukrainian sailors, Russia’s Foreign Ministry disputed that the U.N. convention relied on by Ukraine to make its case applied to the dispute. The sailors were later freed in a separate deal between Kyiv and Moscow.

Another option to hold Russia accountable for its invasion of Ukraine could be via the International Criminal Court (ICC), another Hague-based international institution that focuses on some of the most egregious crimes in conflicts. Unlike the ICJ, the ICC can launch proceedings against individuals accused of war crimes.

But that would require the accused to be present in court — and the court to have jurisdiction. Neither Russia nor Ukraine have ratified the ICC treaty, meaning that the court’s jurisdiction could be cast into doubt.

The court’s prosecutor, Karim Khan, has still appeared willing to pursue a possible case, saying last week that the organization does have jurisdiction because Ukraine has accepted ICC jurisdiction in the past.

The ICC has already opened an investigation into possible war crimes in Ukraine in recent years. A 2020 preliminary report by the ICC found what it deemed “a reasonable basis to believe” that numerous war crimes — including murder, rape, torture, unlawful confinement and intentional targeting of civilians — were committed in eastern Ukraine’s separatist-held enclaves.

Last week, ICC investigators’ focus expanded to possible war crimes committed in the current invasion, after more than three dozen countries referred the conflict to the court. Ukrainian President Volodymyr Zelensky has also called for an international tribunal to step in, saying Russia’s shelling of the Ukrainian city of Kharkiv amounts to a war crime.

The highest-ranking possible target of such proceedings could be Putin.

For Putin to be tried by the ICC, however, only two paths appear viable: He would need to be arrested and handed over — either by a foreign country he travels to, or by a new Russian government that is no longer led by him.

The Washington Post’s Hannah Knowles and María Paúl contributed to this report. 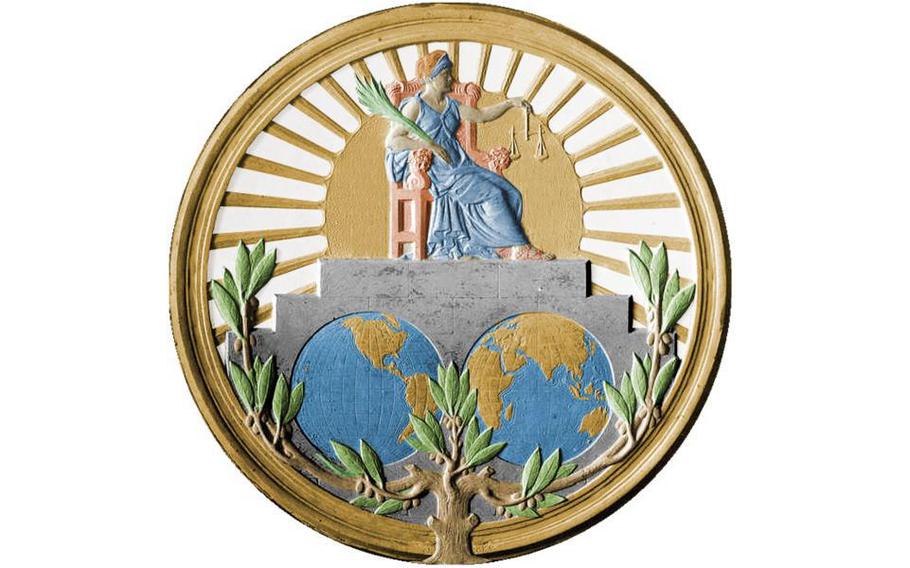