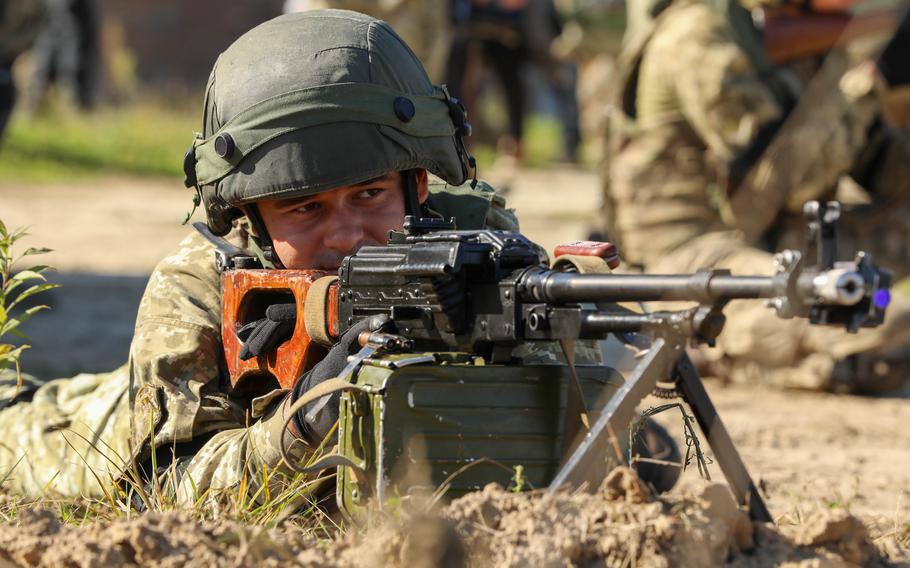 STUTTGART, Germany — U.S. special operators are continuing with a mission to build up an elite fighting force in Ukraine, military officials said, even as Russia threatens invasion with its thousands of troops, tanks and artillery massed along their borders.

Martinez said there are a “ton of outside factors at work,” but that the command hasn’t stepped back from Ukraine.

“We continue to view our mission in Ukraine as part of an ongoing effort in enhancing Special Operations Forces capabilities as a keystone for regional stability,” he said.

The Stuttgart-based SOCEUR has quietly operated out of a training center outside of Kyiv for the past several years. The mission’s focus is assisting Ukrainian forces to defend more effectively against Russian aggression.

The presence of U.S. special operators is part of a small American military contingent that remains in Ukraine. There are also more than 100 Florida National Guard troops in Ukraine in an advisory role, Pentagon spokesman John Kirby said Tuesday. Martinez declined to say how many special operators are now in Ukraine, citing security concerns.

Whether they would remain there in the event of invasion isn’t clear, but the Biden administration has already ruled out the direct involvement of U.S. troops in any conflict with Russian forces in Ukraine. Still, there could be special implications for SOCEUR’s mission should a Russian invasion turn into an effort to occupy large parts of the country.

On Friday, The New York Times reported that the White House was considering a plan to fund, train and arm a resistance movement inside Ukraine in the event of an occupation. The plan could involve helping Ukrainian resistance fighters by providing training inside NATO countries such as Poland, Romania and Slovakia, the Times reported, citing administration officials.

For the Green Berets and Navy SEALs assigned to SOCEUR, that could mean a heavy focus on guerrilla warfare instruction, a specialty of such units.

During the Cold War, NATO created a network of clandestine, stay-behind units in many European countries. These consisted of troops tasked with conducting intelligence and reconnaissance operations, as well as guerrilla attacks, in the event of a Warsaw Pact invasion.

But Moscow’s military intentions remain unclear. A U.S. contingency plan to back an insurgency would be rendered moot if Russia’s aim is to dismantle Ukraine’s military rather than occupy territory. 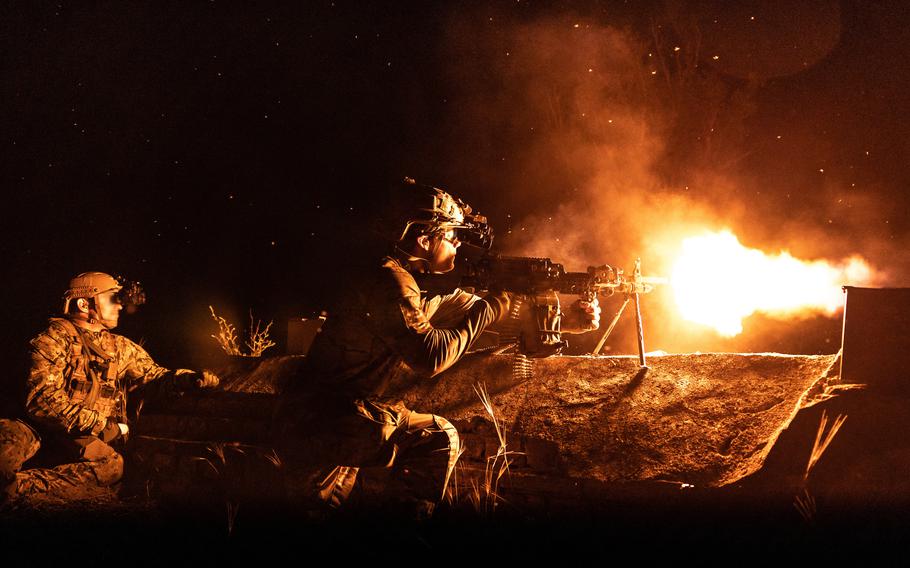 And while some allies, including the U.S. and United Kingdom, have delivered anti-tank weaponry to Ukraine in hopes of giving Kyiv a boost in conventional combat capabilities, Russia still has the overwhelming military advantage.

In addition to curtailing Western military cooperation with Ukraine, some analysts say Russia’s interest appears focused on getting Kyiv to cease its efforts to develop longer range missiles that could eventually target Russia.

“Moscow’s military objectives would focus on imposing unacceptable costs on Ukraine by destroying military units, inflicting casualties, taking prisoners of war, or degrading Ukraine’s ability to defend itself,” wrote Russia expert Rob Lee in an analysis Tuesday for the Foreign Policy Research Institute. “Russia could choose to seize territory to raise the costs on Kyiv, but this would likely not be the ultimate objective.”

Lee said the message Moscow is signaling is that “it believes the costs of inaction are higher than the costs of employing force now.”