Serbia in shock over Australia's refusal to let Djokovic in 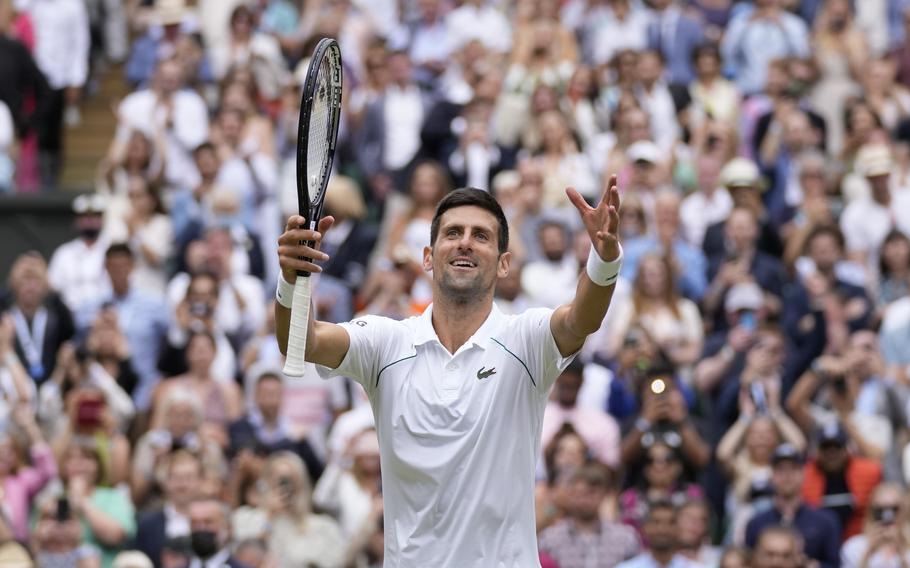 Serbia’s Novak Djokovic celebrates after winning the men’s singles final of the Wimbledon Tennis Championships in London, July 11, 2021. The Australian government has denied No. 1-ranked Novak Djokovic entry to defend his title in the year’s first tennis major and canceled his visa because he failed to meet the requirements for an exemption to the country’s COVID-19 vaccination rules. (Kirsty Wigglesworth/AP)

BELGRADE, Serbia — Serbia is nervously awaiting the outcome of what increasingly looks like a soap opera with the country's most famous sports idol in the lead role.

The world's top-ranked men's tennis player, Novak Djokovic, faces the prospect of deportation from Australia. Djokovic had hoped to win his 21st Grand Slam title at this month's Australian Open, which would set the men's record for major championship victories.

The 34-year-old Serb's ability to compete in Melbourne and overtake rivals Rafael Nadal and Roger Federer has been in limbo since the Australian Border Force canceled Djokovic's visa because he failed to meet requirements for a COVID-19 vaccination exemption. A court hearing on his case has been set for Monday.

Djokovic's fans are in shock, and Serbian politicians seized on the opportunity to get a popularity boost ahead of this year's elections as protesters gathered in downtown Belgrade calling for his release.

Vucic said he had spoken to Djokovic and blasted Australian authorities for keeping the tennis star in an "infamous hotel," referring to the secure facility where Djokovic is being housed along with asylum seekers and refugees.

"I'm afraid that this overkill will continue," Vucic said. "When you can't defeat someone on the court, then you do such things."

Most of Djokovic's fans at home agree, reflecting the anti-Serb conspiracy theories that are pervasive in the Balkans.

"It is historically evident that the world has something against the Serbs," said Darko Ikonic, a Belgrade resident.

"I'm not saying that Serbs are heavenly people or anything similar, that is a nonsense," he added. "But it is obvious that they do not want him to be the best tennis player in history because they like other tennis players, such as Nadal or Federer, better."

Djokovic's story is one of perseverance, defiance and controversy. Known to be a problem-solver on the court, he has never failed to divide off it. 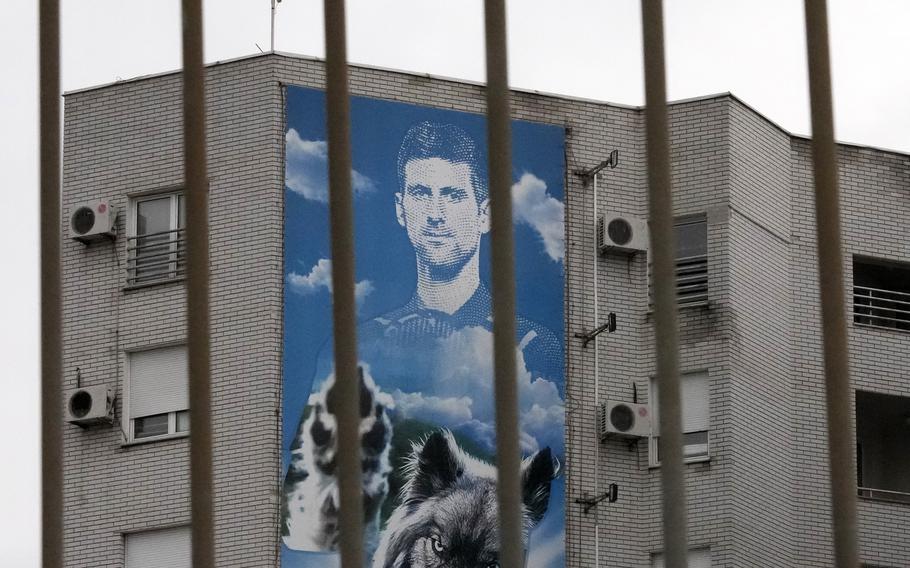 The odds that a player from Serbia, a Balkan country bombarded by NATO in 1999 while Djokovic was a boy, economically crippled, with few tennis courts and little tennis pedigree, would become the world's No. 1 were close to zero.

However, Djokovic did it, creating a huge following in Serbia as well as neighboring Balkan states despite being heavily criticized abroad for his frequent on court theatrics and outbursts, as well as his approach to the COVID-19 pandemic and refusing to disclose whether he has been vaccinated or not.

His stand against vaccination has also created a large following at home and abroad.

In the midst of the pandemic in 2020, and with professional tennis shut down, Djokovic organized the Adria Tour, a series of exhibition events without social distancing in his native Serbia and neighboring Croatia.

The tournament was abandoned after several participants tested positive for coronavirus. Djokovic and his wife Jelena went on to reveal positive tests.

Djokovic's father, Srdjan Djokovic, said Thursday that his son is the symbol of a "free world" and an attack on him amounted to an attack on Serbia.

He accused Australia and the West in general of "mistreating" Djokovic because he is a Serb and evoked the 1999 bombing by NATO of Serbia over its breakaway province of Kosovo.

"Shame on them, the entire freedom-loving world should rise together with Serbia," Srdjan Djokovic said. "They crucified Jesus and now they are trying to crucify Novak the same way and force him on his knees."