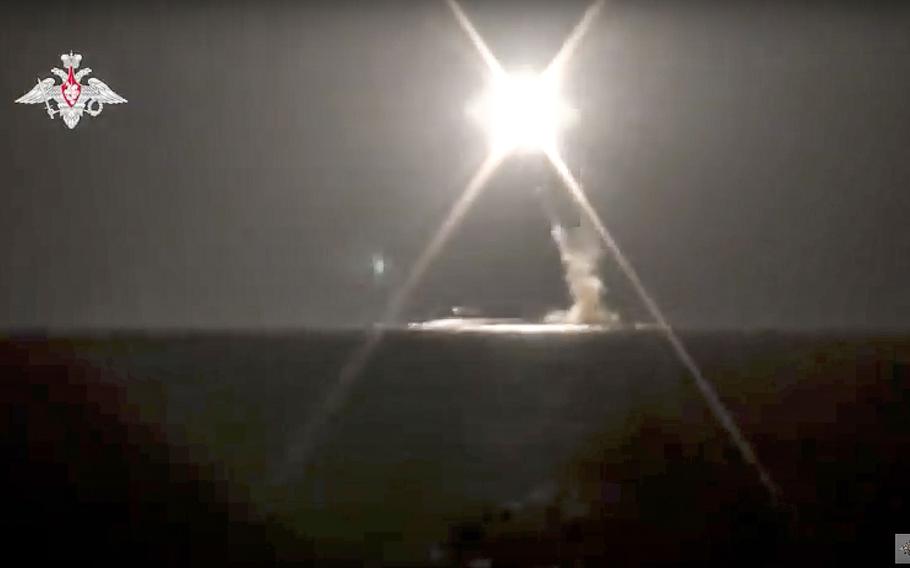 MOSCOW — A retired Russian admiral has alleged that the 2000 Kursk submarine disaster was caused by a collision with a NATO sub, an unproven claim that defies the official conclusion that the country's worst post-Soviet naval catastrophe was triggered by a faulty torpedo.

Adm. Retired Vyacheslav Popov, who was the commander of Russia's Northern Fleet when the Kursk exploded and sank during naval maneuvers in the Barents Sea, charged in an interview released Monday that the NATO submarine inadvertently bumped into the Kursk while shadowing it at close distance.

Popov told the state RIA Novosti news agency that the Western submarine was also damaged in the powerful explosion and sent a distress signal from the area. He didn't identify the submarine and acknowledged that he lacks proof to back up his claim.

Kremlin spokesman Dmitry Peskov refused to comment on Popov's claim and pointed to the official probe that concluded that the catastrophe was triggered by an explosive propellant that leaked from a faulty torpedo.

Popov, who was blamed for his slow and bungled response to the catastrophe as the Northern Fleet's chief, has made the collision claim before, but his latest statement was more outspoken and detailed.

Russian media reports have claimed that two U.S. submarines and a British sub were spotted in the area near the Russian naval exercise in the Barents Sea when the Kursk disaster happened.

The Kursk sank on Aug. 12, 2000, after suffering two powerful explosions. Most of the 118 members of the crew were killed instantly, but as the submarine sank to the bottom of the sea, only about 350 feet below the surface, 23 men were able to flee to a rear compartment, where they waited for help.

The disoriented Russian navy command wasted hours before launching a search, and the authorities turned down offers of Western assistance, stubbornly sending Russian mini-submarines to make repeated futile attempts to hook onto the submarine's escape hatch. After a week, Russia finally invited Norwegian divers and it took them just hours to open the hatch, but by then it was too late to save anyone.

After the catastrophe, some navy officials said the crew members who survived the blast might have been alive for three days, but the investigators eventually concluded that all of them died of carbon monoxide poisoning within eight hours of the blasts — long before any help could arrive.

The Kursk's wreckage was lifted in October 2001, allowing the investigators to retrieve 115 bodies and search the mangled hull for clues about the cause.