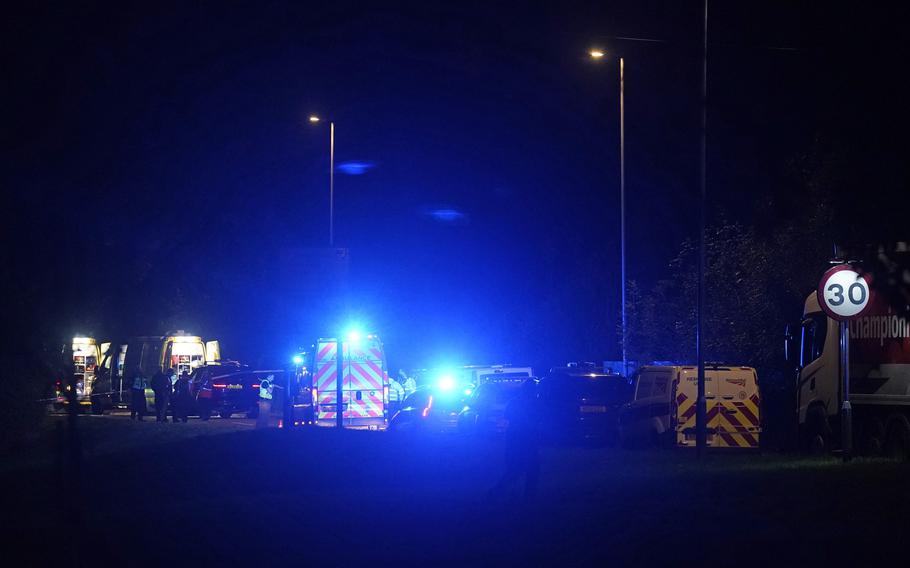 LONDON — Two passenger trains crashed after one of them derailed in the southern English city of Salisbury, and several people were injured, authorities said Sunday.

Network Rail said the rear carriage of a passenger train derailed after "striking an object" as it approached the station at Salisbury, about 70 miles southwest of London. The derailment "knocked out all of the signaling in the area," and a second train then collided with the derailed one.

"There are reports of injuries and the emergency services are on site along with railway first responders," Network Rail said.

The British Transport Police said there were no fatalities. The police force said "a number of people" were injured in the crash, but it did not give details.

Some 50 firefighters rushed to the scene, the Dorset and Wiltshire Fire and Rescue Service said.

British media reported that all passengers and a driver who was trapped in his cab were evacuated, and the injuries were believed to be minor.

Transport Secretary Grant Shapps tweeted that the derailment and crash would be investigated.