Austrian ex-Chancellor Kurz sworn in as member of parliament 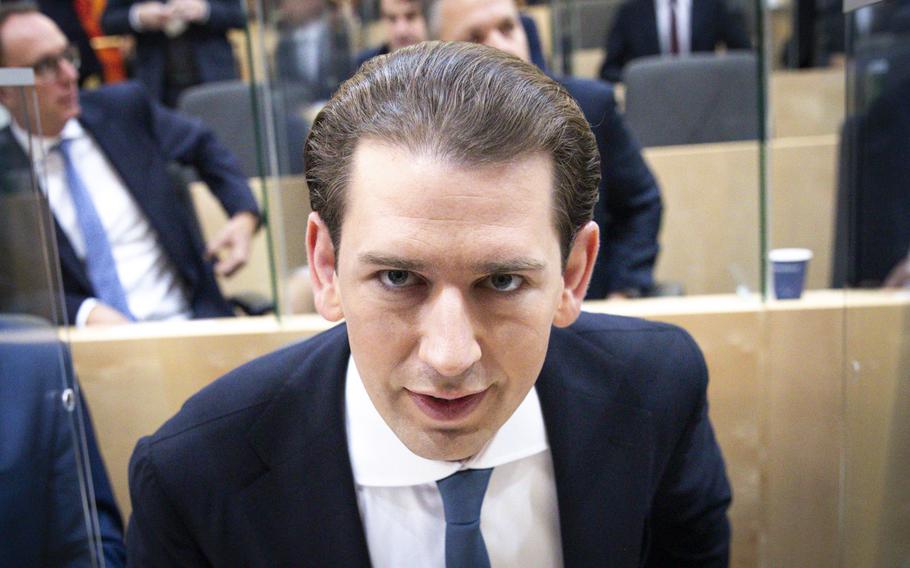 Sebastian Kurz, the former Austrian Chancellor, takes his seat before the sworn-in as deputy in the Austrian Parliament in Vienna, Austria, Thursday, Oct. 14, 2021. (Lisa Leutner/AP)

Kurz, 35, is also keeping his role as party leader and became the head of its parliamentary group, keeping him at the heart of Austrian politics while he fights to clear his name.

"I will do everything I can to refute the wrong accusations against me," Kurz reiterated on Facebook Thursday morning.

He had announced Saturday that he would step aside to defuse a political crisis triggered by prosecutors' announcement that he is one of the targets of an investigation into suspected bribery and breach of trust. Kurz's junior coalition partners, the Greens, had demanded his replacement.

Kurz and his close associates are accused of trying to secure his rise to the leadership of his party and the country with the help of manipulated polls and friendly media reports financed with public money. Kurz became the leader of his Austrian People's Party and then chancellor in 2017.