Serbia's leader defends right to buy weapons where he wants 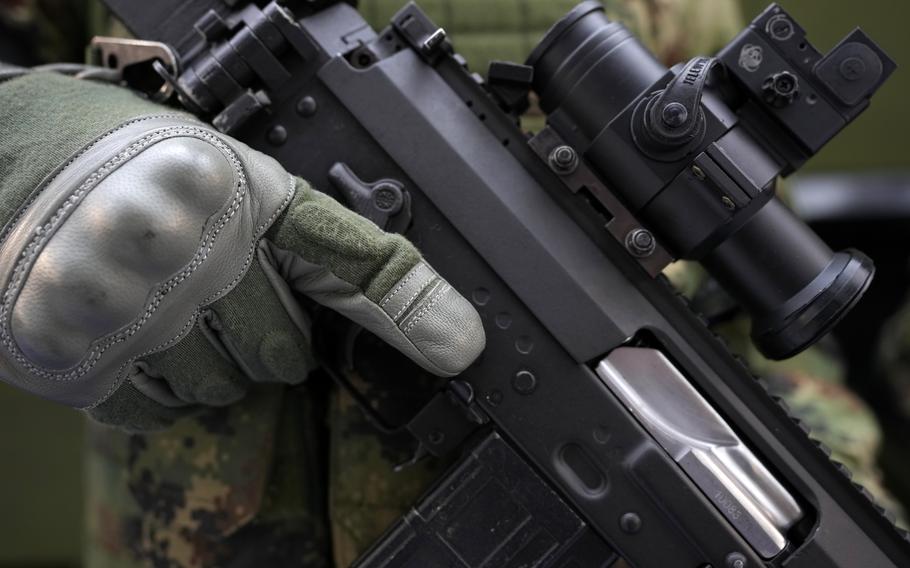 BELGRADE, Serbia — Serbia will continue arming itself with Russian, Chinese and other weapons, its president said Tuesday, despite fears in the region and the West that the Balkan country's recent military buildup could lead to more tensions in part of Europe which is still reeling from wars fought in the 1990s.

Opening an arms fair that coincided with a two-day summit marking the 60th anniversary of the first conference of non-aligned nations, Serbian President Aleksandar Vucic said Serbia was a "free and independent nation" that would not seek outside opinions about where it sources weapons.

"If anyone thinks that we should ask the U.S. or the EU to decide about our weapons, let's abolish our state," Vucic said at the arms fair taking place at the same time as the summit commemorating the 1961 conference in Serbia's capital, Belgrade.

Serbia is widely blamed for triggering a bloody breakup of the former Yugoslavia in the 1990s with its nationalist policies. The country lately has armed itself mostly with Russian and Chinese warplanes, drones and anti-aircraft systems.

"We are a free country that wants to deter a potential aggression," Vucic said, adding that although Serbia is on the "road to the European Union, it wants cooperation with everyone."

Although formally seeking EU membership, Serbia has refused to align its foreign policies with the 27-nation bloc and has instead strengthened its alliance with Russia and China.

Serbia has frequently been accused of working with Slavic ally Russia to destabilize neighboring Bosnia, Montenegro and Kosovo. To join the EU, Serbia needs the support of all EU member nations, but the government has maintained frosty relations with fellow Balkan country Croatia, the last new member admitted into the bloc.

Vucic said that holding the summit of nations not formally aligned with NATO or other power bloc together with the arms fair at the same location was just "a coincidence." Critics said the events were timed to offer arms to the unaligned developing nations.

Vucic said they can buy weapons at "a bargain price."

The non-aligned movement was founded 60 years ago as a counterbalance to the power wielded by the Soviet Union and the United States. It lost much of its its influence after the end of the Cold War.