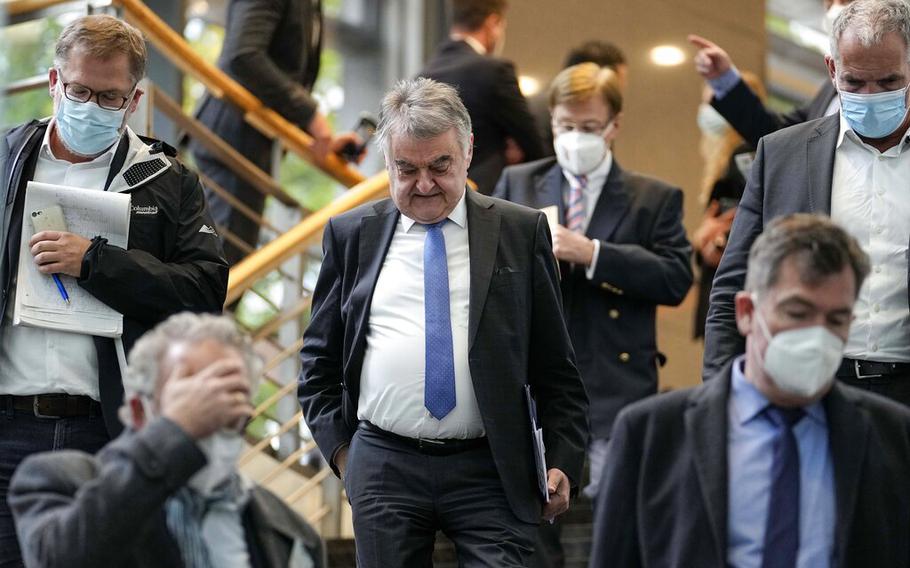 BERLIN — Police carried out large-scale raids in 25 German cities Wednesday, after a chance discovery last year put investigators on the trail of a money-laundering network alleged to have funneled millions in ill-gotten gains abroad.

Officials said the raids, which began in the early hours, involved about 1,400 officers and took place in the states of North Rhine-Westphalia, Lower Saxony and Bremen.

Eleven people were arrested, including a 39-year-old Syrian man who is accused of membership in Syria’s Nusra Front extremist group, police said. Six others are considered by authorities to be part of the Islamist spectrum, including two who are deemed potential threats.

The raids were part of an investigation into a so-called hawala network widely used in Muslim countries, in which individuals rather than banks act as brokers for money transfers.

Duesseldorf police said the money laundered since 2016 came from a broad range of sources, including criminal activity such as armed robbery, organized fraud, drug trafficking and extortion.

“According to initial estimates the volume of transactions in the period under investigation was about 140 million euros ($162 million),” police said in a statement.

German public broadcaster WDR reported that at least some of the laundered money was sent to Turkey and Syria, where it may have been used to fund militant groups.

Police said the suspects are also accused of illegally obtaining benefits and tax evasion. Officers seized valuables such as luxury cars, cash, gold, jewels and high-end watches worth more than 3 million euros (around $3.5 million), including a 100,000 sound system.

The network first came to light when police attending a traffic crash in May 2020 noticed some passengers behaving suspiciously, German news agency dpa report. A search of the vehicle revealed gym bags stuff with around 300,000 euros (around $350,000) in cash.