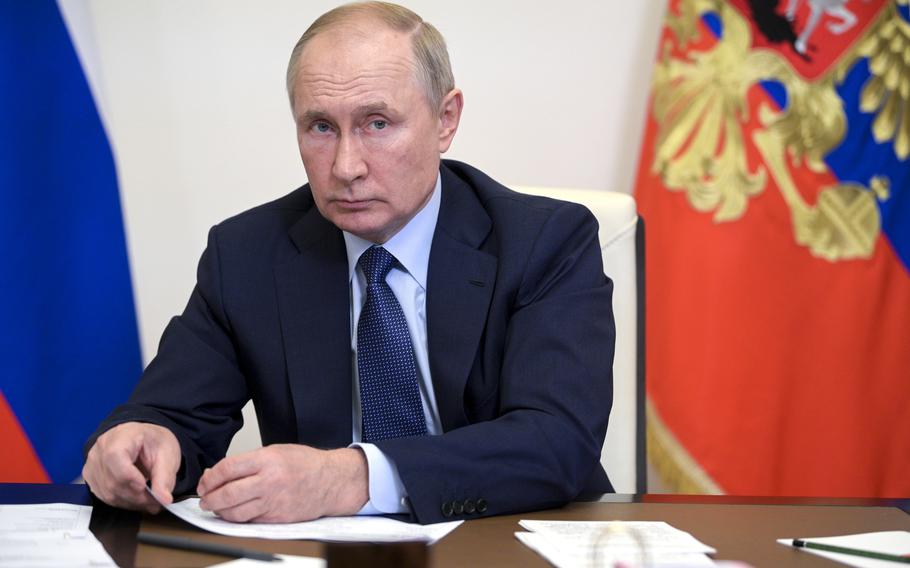 Speaking during a Cabinet meeting, Putin claimed that the current situation with soaring natural gas prices in Europe was partly rooted in the lack of investment.

"See what's going in Europe — there is hysteria and mess in the markets," Putin said. "Why? Because nobody takes it seriously. Some speculate on the climate change issues, some underestimate certain things and some others start cutting investments in the mining industries."

He said Russia wouldn't repeat the mistakes others have made in adopting green technologies.

"There must be a smooth transition," he said. "We see what certain unbalanced decisions, unbalanced development and sharp twists can lead to. We can see it well today in the European energy markets."

Putin has repeatedly said that Russia, a top oil and gas exporter, will abide by its obligations under the 2015 Paris agreement intended to avert the climate change. At the same time, he emphasized that efforts to cut emissions mustn't be too burdensome for the Russian economy, which relies heavily on fossil fuel exports.

"The tasks of reducing a negative impact on climate mustn't become a heavy burden for business and our citizens," the Russian leader said Tuesday. "Just the other way round, the decisions we make must help spur growth and technological development of the Russian economy."

Putin argued that Russia has a strong edge in hydropower and nuclear power generation and should develop them, but noted the need to ensure a "sustainable development of the oil and gas complex."

Some in the West see Russia's climate change goals as not ambitious enough as the waste from burning fossil fuels heats up the planet.

Moscow has faced demands to sign up for a future "net zero" emissions target at the United Nations-sponsored climate negotiations that open in Glasgow on Oct. 31. The Kremlin hasn't revealed its stance on the issue yet.