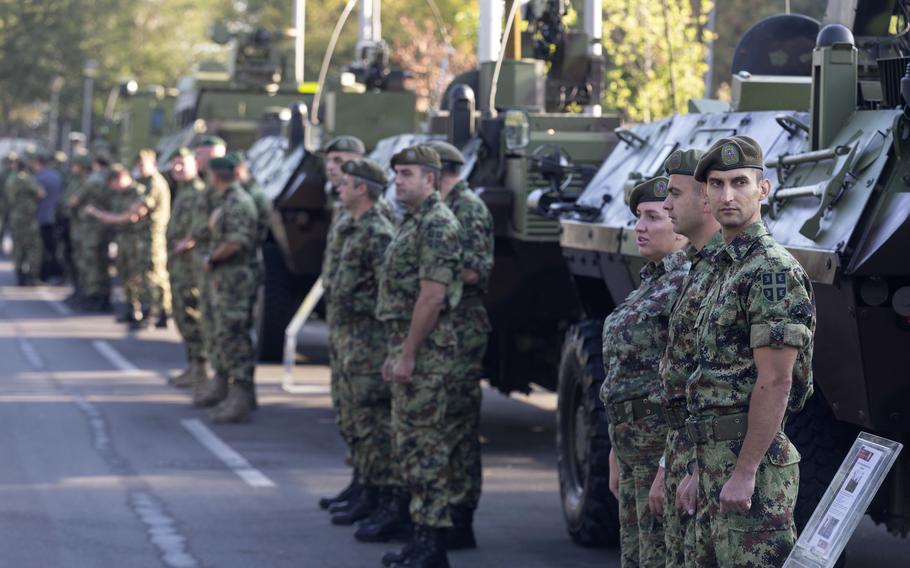 BELGRADE, Serbia — Serbia kicked off a new national holiday on Wednesday with a display of military power and calls for all ethnic Serbs in the Balkans to unite under one flag, triggering unease among its neighbors decades after similar calls led to the bloody wars of the 1990s.

Serbs were told to display thousands of red, blue and white national flags wherever they live in the region or the world to mark "The Day of Serb Unity, Freedom and the National Flag."

He said that the army is "five times stronger" than only a few years ago, and announced new military purchases.

Later Wednesday, Vucic spoke at a rally in downtown Belgrade — where nationalist sentiment flew high — attended by government members, Bosnian Serb officials and tens of thousands of his supporters.

Vucic, a former ultranationalist who advocated expansion of Serbia's borders at the expense of its neighbors, said the new holiday is not meant to threaten anyone or change established borders in the Balkans.

"The Serbian flag is threatening someone, and they expect us to apologize?" Vucic asked. "My answer is: Never again. We will carry our flag with pride anywhere in the world."

Also speaking at the rally was the Bosnian Serb separatist leader, Milorad Dodik.

"Our country is not Bosnia-Herzegovina, it is Serbia,'' he said to strong applause from the crowd.

The muscle-flexing by Serbian officials as well as their calls for the creation of the "Serb World," or political unification of an estimated 1.3 million ethnic Serbs living in Bosnia, Montenegro, Kosovo and Croatia with Serbia, have triggered worries in neighboring countries. 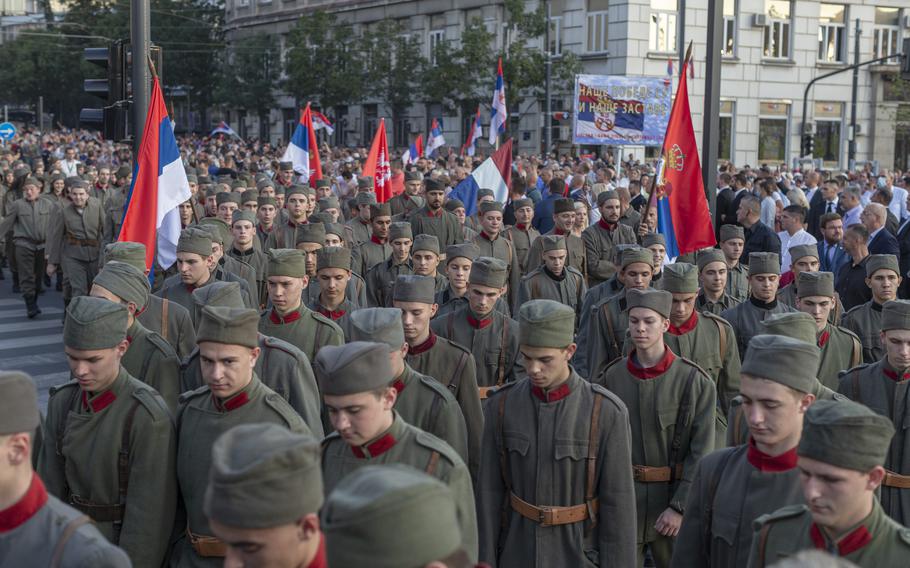 In the 1990s, Serb forces with financial and political support from Belgrade led bloody campaigns in Bosnia, Croatia and Kosovo with the goal of forming a "Greater Serbia." The campaign unsuccessfully tried to redraw the internal borders of the former Yugoslavia and create a single Serb state.

Denis Becirovic, a lawmaker in the Bosnian parliament, said that Vucic "is restoring the Greater Serbia project" by supporting secessionist policies of Bosnian Serbs.

"Sadly, the expansionist forces in Serbia have a potential to again ignite the whole region," Becirovic said. "The West has to stop the Greater Serbia demon before it's too late."

Croatian President Zoran Milanovic said he couldn't "believe that Serbs have nothing more important or smarter to do" than create holidays which infringe on the internal affairs of neighboring states.

Serbia's Interior Minister Aleksandar Vulin, the most vocal supporter of the "Serb World," was quick to respond.

"There is nothing more important than the preservation of the Serb identity," he said.

The new national holiday coincides with a key Serbian and French victory in 1918 against the Central Powers in the Balkan theater of operations during World War I.