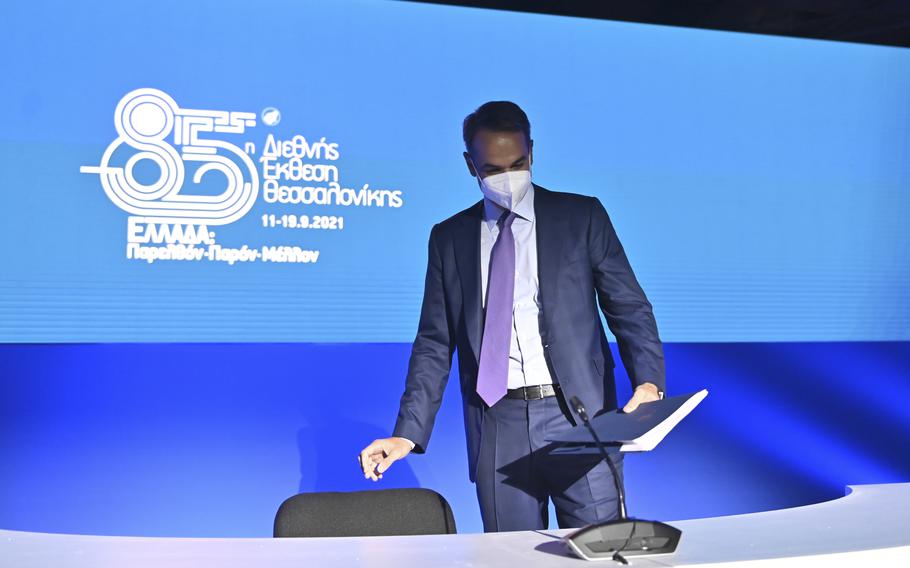 THESSALONIKI, Greece — Greek Prime Minister Kyriakos Mitsotakis has promised to "break and smash" the human trafficking networks that smuggle migrants across the border from Turkey.

Mitsotakis, in a news conference Sunday following his Saturday keynote speech at the Thessaloniki International Fair, also said, in response to a question by the Associated Press, that he does not anticipate a new wave of refugees from Afghanistan.

"Our aim is to stop any wave long before it reaches our borders. In that, our interests and Turkey's are aligned," he said.

Greece has denied allegations by Turkey and non-governmental organizations that it is pushing migrants back, putting lives in danger, especially of those crossing by sea from the Turkish coast.

In spring 2020, Greece had faced off an attempt by Turkey to let tens of thousands of migrants cross the land border between the two countries. Since then, it has completed a fence along the small section of the border not formed by the Evros (Meric) river.

Demetris Nellas contributed to this report from Athens.