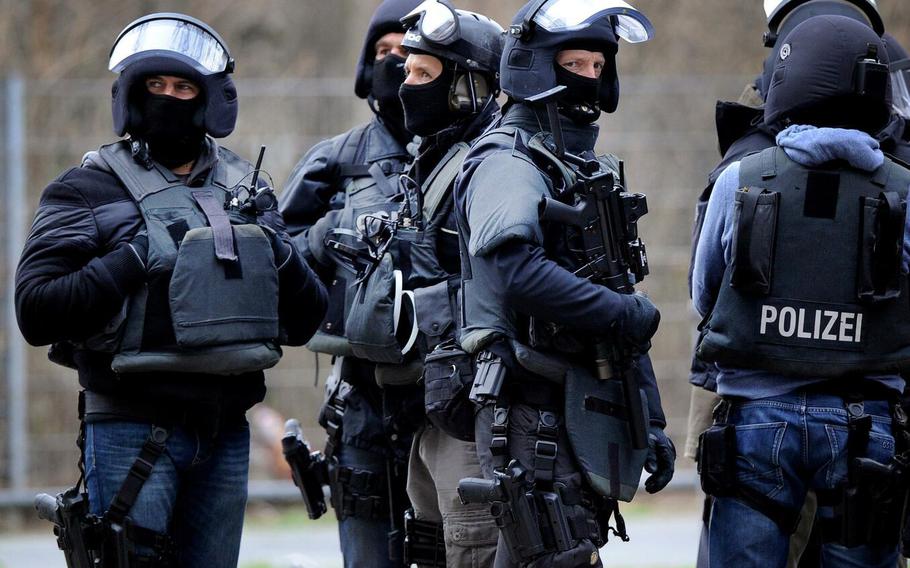 Authorities in Frankfurt, Germany, announced on Thursday, June 10, 2021, that a tactical police unit has been disbanded. (Facebook)

BERLIN — The German city of Frankfurt's tactical police unit is being disbanded amid an investigation of some members' suspected participation in a chat group where far-right messages were exchanged, authorities said Thursday.

The decision by Hesse's state government came a day after the homes and workplaces of six officers were searched and the city police force said the unit was being restructured.

Hesse's top security official, Peter Beuth, said officials decided that "a fundamental new beginning" with an "entirely new leadership culture" was needed for the police's special forces. Beuth said that many members have done nothing wrong and will resume their role in a new unit, but "this clear step was necessary."

Frankfurt prosecutors said on Wednesday an investigation of a 38-year-old police officer on suspicion of possessing and distributing child abuse images had led to the discovery of suspect chat groups.

Prosecutors said that 19 serving and one former police officer between the ages of 29 and 54 are suspected of exchanging messages that included Nazi imagery, which is forbidden under German law.

Officials have expressed alarm over far-right sentiment among the country's police officers and military personnel.