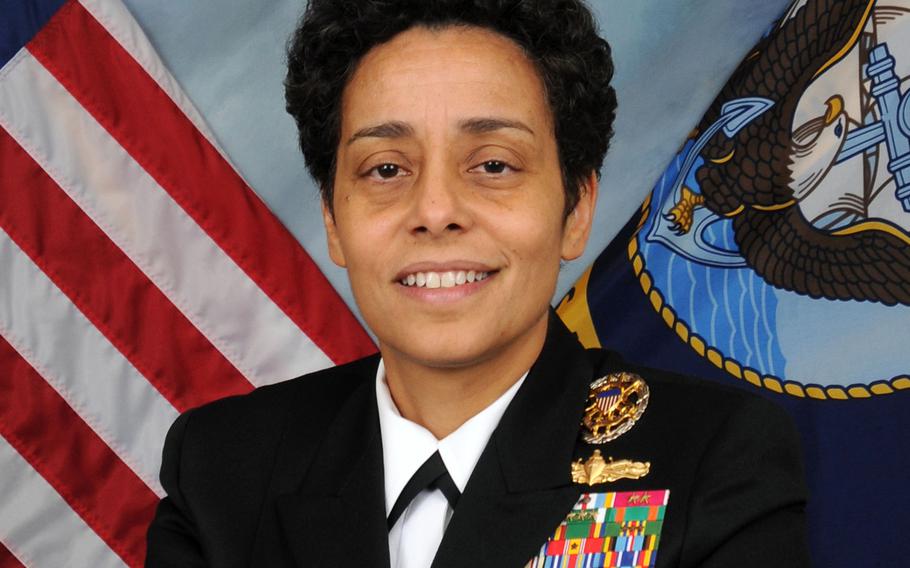 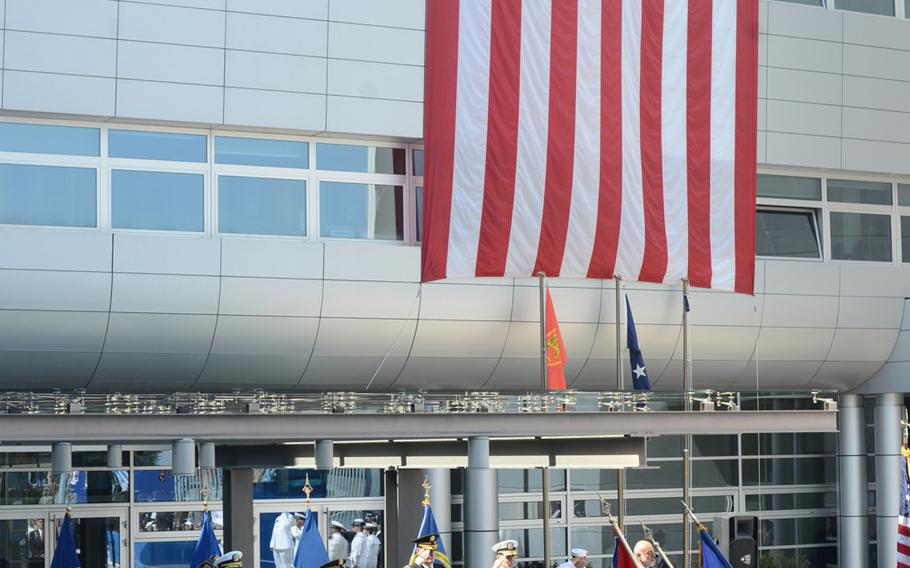 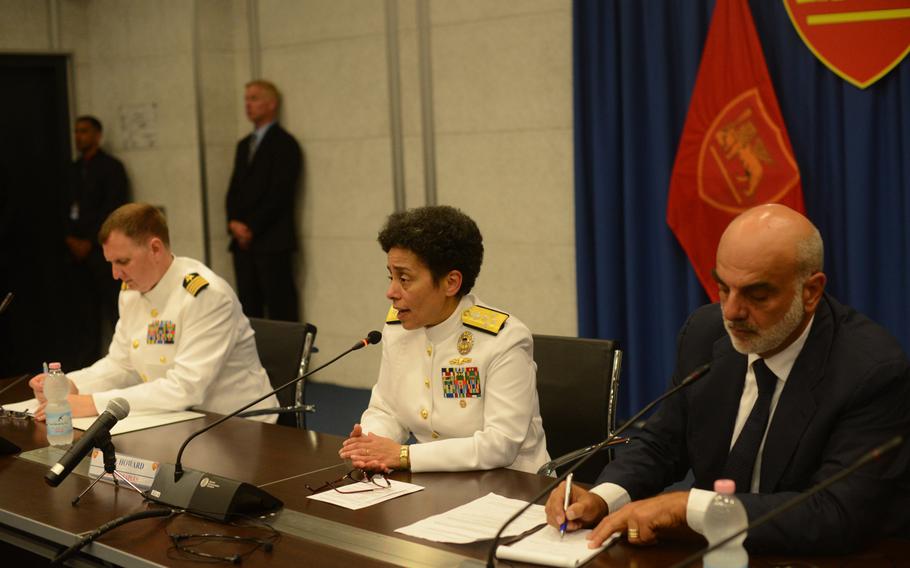 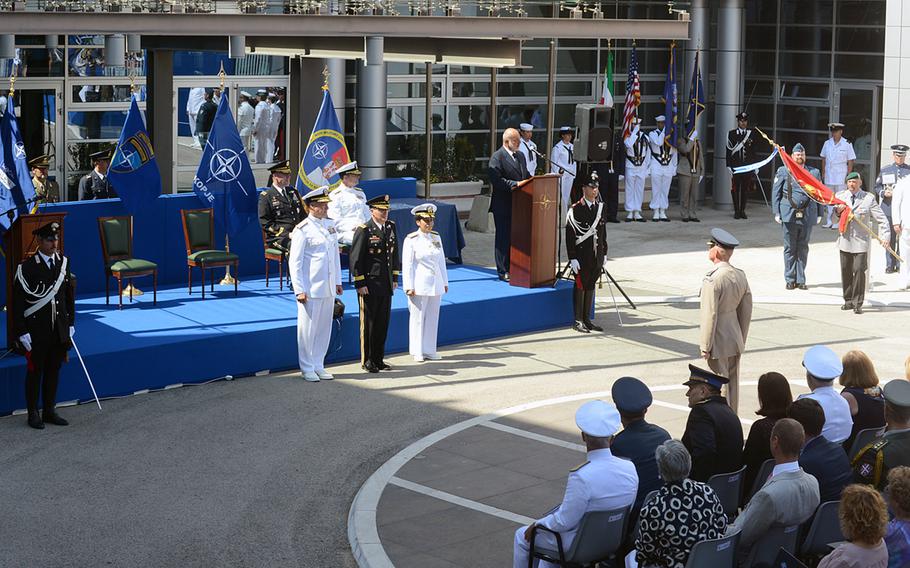 The four-star Navy command covers maritime operations in Europe and most of Africa. The NATO command, one of two operational headquarters in the alliance, with the Netherlands’ JFC Brunssum, is responsible for planning and executing NATO missions. It has operational command of the NATO mission in Kosovo, known as KFOR.

Howard takes command as the U.S. and NATO work to counter a more assertive Russian military and as both wade deeper into the migration crisis in the Mediterranean.

She recently finished serving as vice chief of naval operations and relieved Adm. Mark Ferguson, who is retiring.

Ferguson’s tenure coincided with Russia’s expanded naval operations in the North Atlantic and Mediterranean, deployments the Navy has met with heightened operations of its own submarines, ships and maritime patrol aircraft.

The Navy is preparing to deepen involvement in Europe’s migration crisis. It will deploy a vessel to the Aegean Sea in several weeks, joining a NATO mission to help Greece and Turkey stop smugglers between the two countries.

Ferguson reflected on the Navy’s activity in June, which will see the operation of two U.S. aircraft carriers in Europe — the USS Harry S. Truman and USS Dwight D. Eisenhower — and a major Navy-led multinational exercise in the Baltic Sea.

“The range of operations in these two commands is breathtaking, and the level of forces we will see in this theater this month reflect the U.S. commitment to European security,” he said.

Howard thanked the staffs of both commands.

“I pledge to lead you with the strength, resolve and readiness that you have demonstrated in the past,” she said.