$141 million construction project planned at Army base in Germany 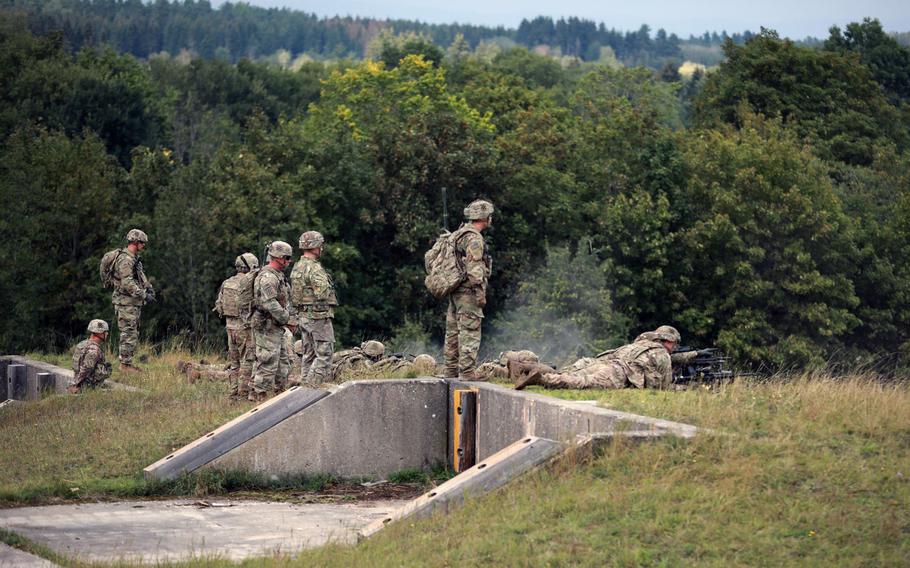 Soldiers assigned to the 3rd Infantry Division fire light machine guns during an exercise at Grafenwoehr Training Area, Germany, Sept. 1, 2020. Germany is planning a major construction project at the sprawling U.S. training area, which was not included in a Pentagon plan to withdraw thousands of American troops from Germany. (Thomas Stubblefield/U.S. Army)

Note: This article has been corrected.

GRAFENWOEHR, Germany — The German Armed Forces are moving forward with a multiyear construction project to upgrade facilities at the U.S. Army’s Grafenwoehr Training Area in Bavaria.

Under the project, which officials estimate will cost 119 million euros, or about $141 million, 25 buildings will be constructed on nearly 100 acres of land in part of the training area known as Camp Normandy, the German military said in a statement.

The new buildings will replace outdated facilities used by German troops when they train at Grafenwoehr, and will help address an accommodation shortage caused by increased troop rotations to the training area, said Lt. Col. Florian Rommel, commander of the German training area at the site. The project will be funded entirely by Germany, he said.

Militaries from allied and partner nations train at Grafenwoehr, which is the Army’s largest and most sophisticated permanent training area in Europe.

The training area was not one of the U.S. military facilities earmarked for closure or a reduction in force size when the Pentagon unveiled plans in July to withdraw nearly 12,000 troops from Germany.

The drawdown was called for by President Donald Trump, who has long derided Germany as delinquent on its NATO defense spending obligations.

Plans for the German project are expected to be presented next month and construction could begin early next year, Rommel said.