Europe WWII remains are cause for debate 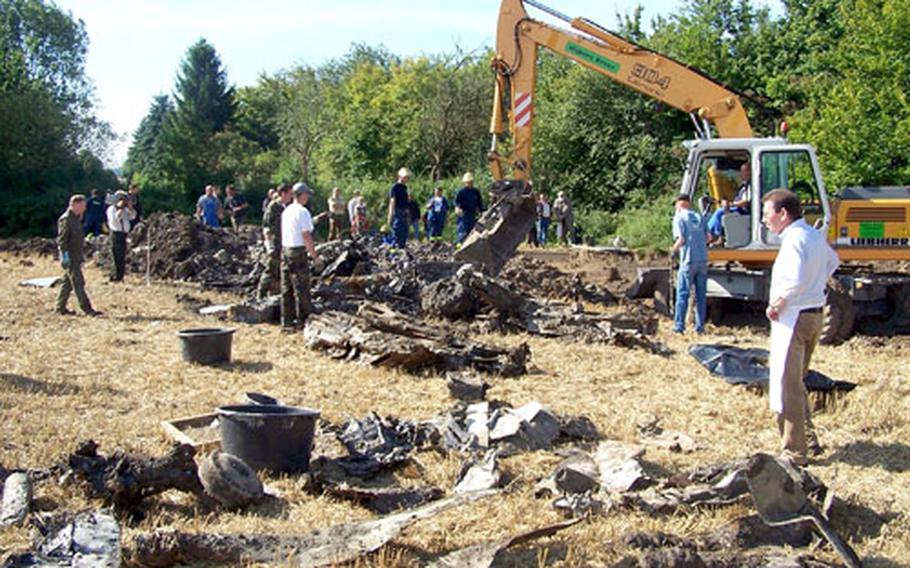 Members of Danny Keay’s World War II aircraft recovery team work on a site containing the remains of a P-47 Thunderbolt and its pilot near Dortmund, Germany, this summer. (Courtesy of Danny Keay)

Members of Danny Keay’s World War II aircraft recovery team work on a site containing the remains of a P-47 Thunderbolt and its pilot near Dortmund, Germany, this summer. (Courtesy of Danny Keay) 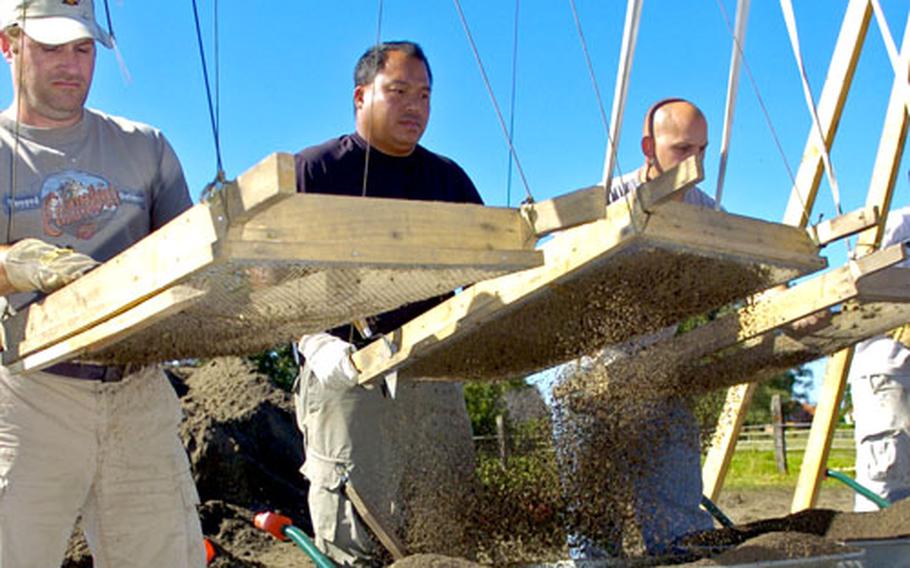 MELLENDORF, Germany &#8212; Every summer bands of amateur sleuths &#8212; some call them relic hunters or something worse &#8212; fan out across Europe in hopes of digging up the remains of a World War II aircraft.

Sometimes the information leads to a dead end. But sometimes, when searchers guess right, they find not only parts of the plane but also the remains of an airman who perished six decades ago.

&#8220;There are people out there who will dig up planes for money,&#8221; said Army Staff Sgt. Danny Keay, one of the more respected crash site hounds.

That infuriates him, especially when a U.S. airman&#8217;s personal items are put up for sale on eBay.

It also galls the Joint POW/MIA Accounting Command in Hawaii, a U.S. military unit charged with excavating sites and extracting the remains and personal belongings of missing U.S. servicemembers.

JPAC officials say amateurs such as Keay mean well, but they often compromise the forensic integrity of a site with hasty, undisciplined digs. However, according to Dr. Gregory Fox, a forensic anthropologist who last month led a JPAC team on a dig outside the northern German village of Mellendorf, they cannot be easily stopped because &#8220;there&#8217;s no eminent domain&#8221; for the government to fall back on.

At the same time, critics, including Keay, say JPAC doesn&#8217;t move fast enough, and valid leads can languish for years before the first spade hits the ground.

While much attention has been paid to the repatriation of people missing in action from the Vietnam War, the number of missing from World War II is considerably higher. There are 78,000 U.S. servicemembers listed as missing in action from World War II: About 19,000 of them were last seen in the European theater, a figure that includes uniformed personnel lost at sea, Nielson-Green said.

Back then, she said, the societal and cultural expectations were much different with respect to war dead. While a person wanted to have a relative&#8217;s remains returned, most realized that wasn&#8217;t always possible.

But the families of Vietnam MIAs demanded greater accountability, leading to the formation in 1973 in Camp Samae San, Thailand, of the U.S. Army Central Identification Laboratory, the forerunner to JPAC.

From its inception, the lab&#8217;s primary focus has been on Southeast Asia. Detachments are based there, and today at least 60 percent of recovery missions are devoted to that corner of the world.

The rest of its regular fieldwork includes &#8220;worldwide&#8221; missions, which typically amount to 10 trips a year. Assignments can take teams anywhere from Papua New Guinea to the Himalayan Mountains. One trip is always planned for Europe, often a 45-day mission by multiple teams to multiple sites.

In addition to the recovery missions, Nielson-Green said JPAC assists other government agencies with forensic work, from mass graves in Iraq to last year&#8217;s tsunami and last month&#8217;s Hurricane Katrina.

Despite its heavy workload, JPAC cautions people against digging up a prospective crash site. They prefer that people call them, and then back off.

Keay, the Army staff sergeant, says he is being threatened by JPAC for unearthing the remains of a U.S. flier and his P-47 Thunderbolt in late August near the German city of Dortmund.

Keay said he feared &#8220;souvenir hunters&#8221; might raid the site, desecrating the pilot&#8217;s remains. Based on what the landowner told him, Keay said officials in Hawaii were notified twice in the late 1990s, but nothing happened.

Keay and his team had the local police, the city mayor and German ordnance experts on the scene. He even contacted the U.S. Army Memorial Affairs Activity, Europe, which lends support to JPAC.

Army Lt. Col Lee Green, the officer in charge of the mortuary affairs unit, characterized Keay as being &#8220;very meticulous in his work,&#8221; and confirmed that he called before and after the dig. Her office recovered the remains the following day from German authorities.

JPAC says Keay ruined the integrity of the site by using a backhoe to save time. Keay, who has been investigating crash sites on his free time for more than two decades, says JPAC does remarkable work, but is just too slow.

Prior to the dig in Mellendorf, Fox and his team worked a crash site near Torgau. Sharon Estill Taylor, the daughter of the missing pilot, traveled to Germany to join the team.

Pieces of the fighter plane &#8220;were practically lying on top of the field waiting for us,&#8221; she said in a telephone interview.

After inspecting the crash site in 2003, Taylor waited two years for a JPAC recovery team to excavate the area. She said she relied on patience and subtle prodding to make it happen.

Both JPAC and its critics say they are basically pursuing the same goal: to bring servicemembers home and provide closure to families.

Asked if JPAC might create a detachment office in Europe, much like it has in Southeast Asia, Davis said no.

Green, who heads the main mortuary affairs office in Europe, would only go so far as to say, &#8220;There is interest on the European side&#8221; for such an office.

She also fears that if the amateur sleuths are marginalized, many will just go underground and not share what they know with U.S. officials.

In a storage room at a secure JPAC facility in Hawaii are about 1,100 evidence boxes containing human remains.

Without further leads, the remains will just stay there.

Essentially, each represents a dead end, until the right DNA sample comes along and a match is made.

The period in question is from World War II to the Cold War. JPAC calls these family reference samples, and they need more. Even a distant cousin might hold the key to repatriation.

To learn more efforts to identify remains, see JPAC&#8217;s Web site, www.jpac.pacom.mil. A link at the top of the home page leads the way through initial steps.