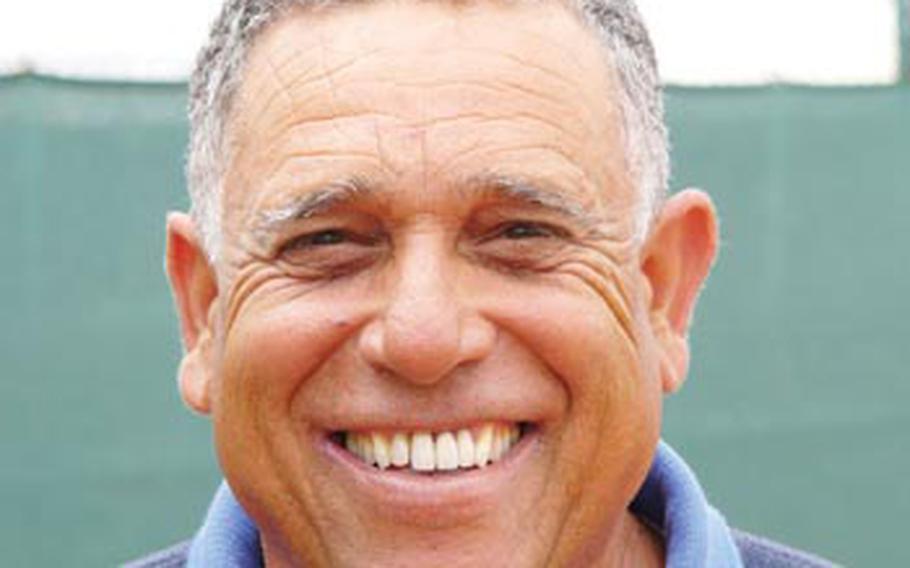 Is it fun teaching the game to kids? I love my job. I have a great group of kids here. In my eyes, the kids are not just passing time. They want to learn the game. I work with them as hard as I can, pushing hard to get things right. I want them to learn proper technique, and I want to see results.

Are there any drawbacks about running these youth camps? I have a lot of talented kids come here, but after two or three years they go.

What&#8217;s the difference between teaching kids and adults? With kids, you might as well give everything you&#8217;ve got. Kids have a long time to go, and when they go somewhere else, someone&#8217;s going to ask them, "Who taught you tennis?" I want their answers to reflect well on me and well on them.

How did you get started in tennis? I started when I was 5 on clay courts in Egypt. My dad also was a tennis trainer. He always told me to keep the game in the family, and now my two sons are playing. My older son is 21 and he plays in the Oberliga in Bonn. My younger son, Kasim, 11 years old, played in the final of the Fourth of July tournament (for adults). He&#8217;s very talented. He came through the losers&#8217; bracket to reach the championship match. He played (multiple-U.S. Forces Europe champion) Roy Tannis for the championship.

How did a tennis pro from Egypt land at a military community tennis club in Germany? I was working at a club in London. I was traveling in Germany in 1988 when I heard an advertisement on the radio that they were looking for a tennis instructor. I came for an interview, and they said, "When would you like to start?" I hadn&#8217;t even given up my job in England. It&#8217;s amazing how life goes.

How did you end up running this club as well as teaching here? In 2000, they were talking about closing the club. They had lost $45,000 that year. Instead of closing, they gave me a five-year contract to run the club.

Interview by Rusty Bryan. Know someone whose accomplishments, talents, job, hobby, volunteer work, awards or good deeds qualify them for 15 minutes of fame? How about someone whose claim to glory is a bit out of the ordinary &#8212; even, dare we say, oddball? Send the person&#8217;s name and contact information to: news@estripes.osd.mil