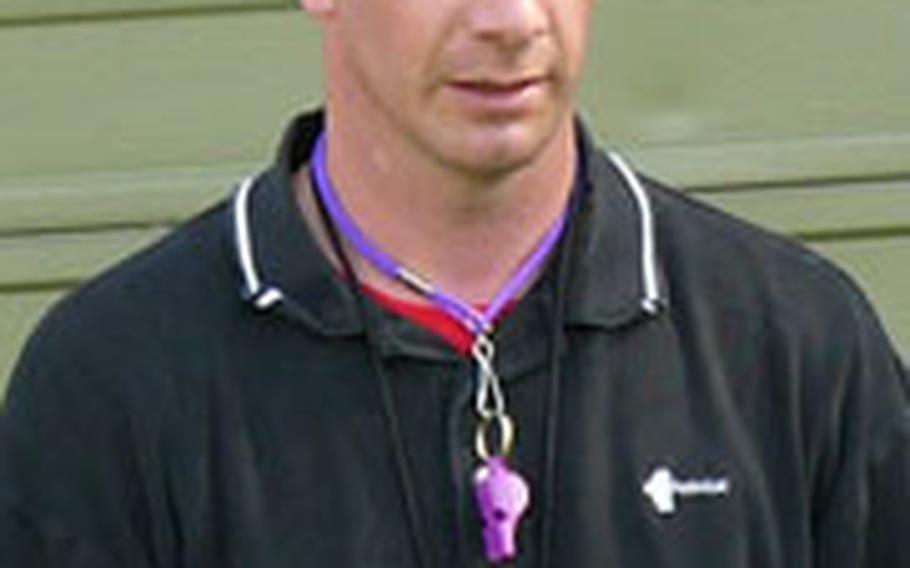 How did you go from a field artillery forward observer to cyber triathlon coach? In (military) training, I got hurt &#8212; a compound fracture of the tibia. The bone came through the skin in two places. After my medical retirement, I went back to school and qualified as a P.E. teacher in 2001. I started a coaching business online and got some decent results. I assisted Susan Williams, the bronze medalist in the triathlon at the 2004 Olympics, with her cycling plan for Athens.

Is there a hands-on component to your cyber coaching? I&#8217;ve come to the conclusion that bricks and mortar have to be associated with any business. Jenna Shoemaker and Matthew Seymour (both training for the 2007 World Triathlon Championships scheduled for September) will live and train with me here in Germany between May and September.

Is that kind of concentrated training necessary for a person to complete a triathlon? Anyone who has semi-good cardiovascular fitness doesn&#8217;t have to spend too much time training in order to complete a triathlon. At the elite level, though, it&#8217;s a major commitment, especially if you have a job. You have to find the time and places to train, manage your nutrition. It&#8217;s easier for the pros &#8212; they train 20-30 hours per week, but they&#8217;re near the training areas and don&#8217;t have to go so far.

Do you still train? I still bike and swim, but the amount of running required hurts my leg too much.

Is triathlon your favorite athletic activity? Lacrosse is my passion. It paid for my first two years of college. I was quick and left-handed, so I knew lacrosse would be my ticket to college. I played for a national championship (in 1991 at Salisbury State University in Maryland).

What&#8217;s the hardest part of a triathlon race? In Ironman, sustaining training is the hardest part. The race itself is like a reward &#8212; it just lasts 10-12 hours. Compare that to the countless hours of training.

Is the swim as much of a rugby scrum as it looks to the spectators? It&#8217;s pretty combative. You have to commit to go pretty hard over the first 100 to 200 meters. Lots of swimmers try triathlon, but they don&#8217;t like the crowds. They&#8217;re used to having lanes and being separated from the other swimmers.

Is it harder to run a second Ironman than the first one? Yeah, because you know what&#8217;s coming. The first one&#8217;s like a honeymoon.

Will you enter the U.S. Forces Europe triathlon in Kaiserslautern in May? It&#8217;s the same time as the European soccer tournament (DePriest helps coach the Mannheim boys team). If we&#8217;re out of the tournament, I&#8217;ll enter, but if we&#8217;re not playing on that Saturday, something went wrong.

With all the staff reductions in the schools, will you return to Mannheim High School next year? Put in your story that I need a job.

-- Interview by By Rusty Bryan.

Know someone whose accomplishments, talents, job, hobby, volunteer work, awards or good deeds qualify them for 15 minutes of fame? How about someone whose claim to glory is a bit out of the ordinary &#8212; even, dare we say, oddball? Send the person&#8217;s name and contact information to: news@estripes.osd.mil