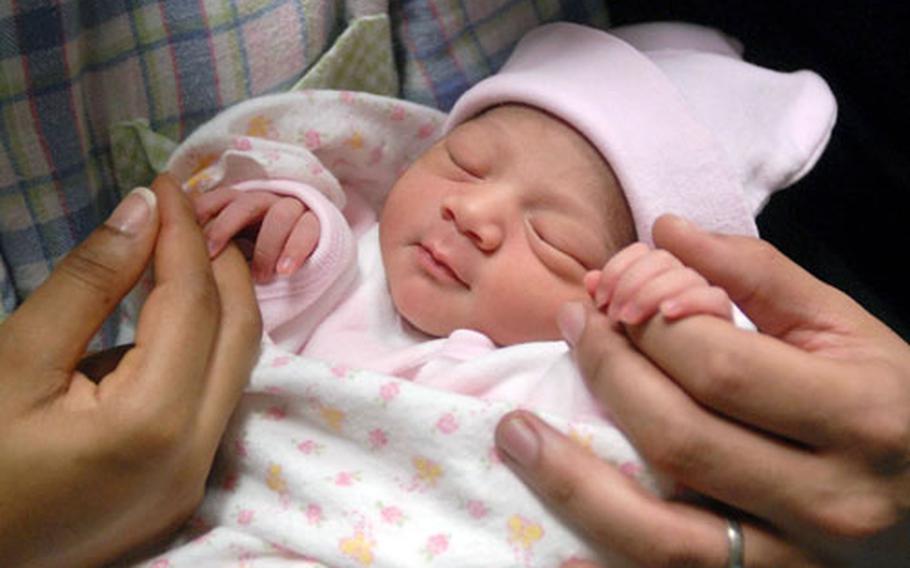 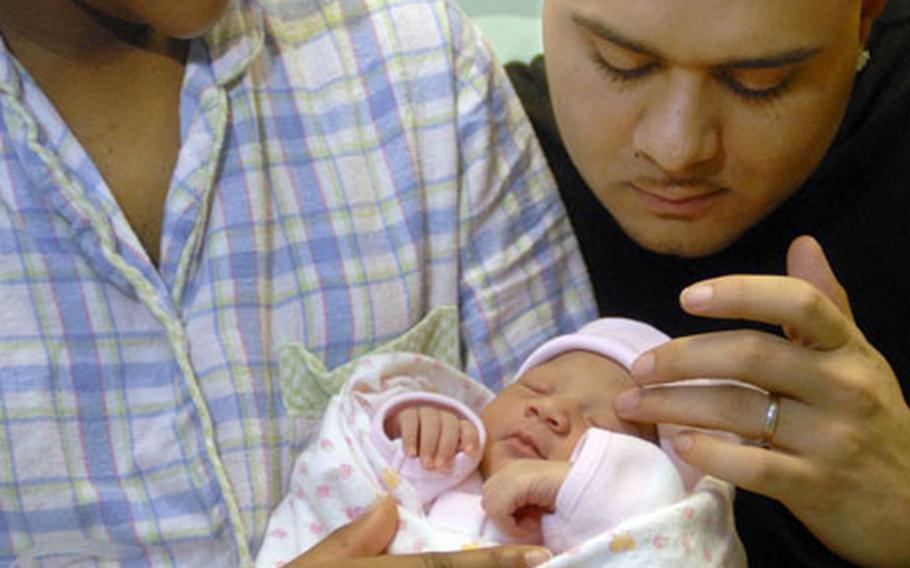 The American military presence in Europe grew by less than a handful on Monday. But it&#8217;s likely the parents of the first babies born at U.S. military facilities will have their own hands full for a while.

Spc. Angie-Lee Korkmaz went into labor in 2006, but Jayla Amore Korkmaz emerged 2 hours and 16 seconds into the new year at Landstuhl Regional Medical Center, becoming the first baby born at one of the dedicated U.S. facilities in Germany, England and Italy.

Korkmaz, assigned to the 212th Combat Support Hospital in Miessau, was in labor for about 14 hours. But the delivery, assisted by Dr. (Maj.) Sally Nalesnik, took just about three minutes. Jayla was 6 pounds, 20 inches long.

The 23-year-old mother said she will take some time off before going back to work. Her husband, Erkan Korkmaz, is a local national employed outside the base. The two met in W&#252;rzburg, where Angie-Lee Korkmaz was originally assigned to work in the hospital. That hospital has since closed and she was transferred to the unit in Miessau while she was pregnant.

She said that didn&#8217;t add too many complications.

Korkmaz said she received gift baskets from the USO and Landstuhl. She and her baby are also eligible to enter a sweepstakes sponsored by the Army and Air Force Exchange Service to win an assortment of baby supplies.

It appears they won&#8217;t have a lot of competition, at least from other newborns and parents based in Europe.

The next baby in line was born after noon in Heidelberg, with another coming into the world after 5 p.m. in Vicenza, Italy. Five other facilities reported no births at all on Jan. 1. No other babies were born on the first day of the year at Landstuhl, the largest U.S. military medical facility on the continent.

It wasn&#8217;t possible to contact all the local national hospitals around Europe that American couples might have used.

But any AAFES customers who do have babies Jan. 1 can enter the contest up to Jan. 31 &#8211; and enjoy the newest members of their families in the new year.