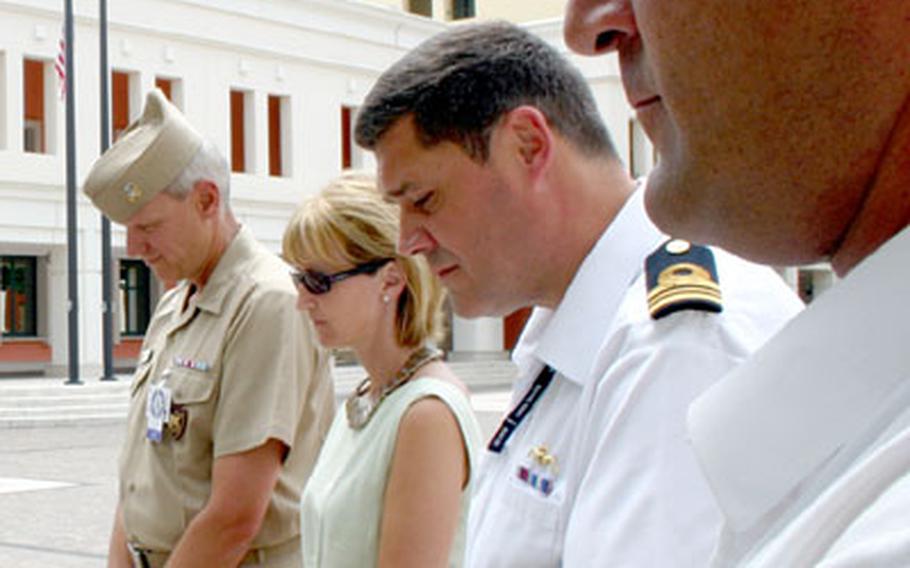 He and fellow British Royal Navy submariner Lt. Cmdr. Sam Toothill, serving hundreds of miles from home in Naples, Italy, joined millions of people across Europe Thursday in observing two minutes of silence in observance of the London bombings that occurred one week ago to the day.

U.S. Navy Chaplain (Lt. Cmdr.) Dave McBeth led about a dozen people who gathered at the U.S. Navy&#8217;s Capodichino base in Italy for the observance.

Having so many people throughout Europe come together for a moment of prayer or silence &#8220;is a value that binds us together,&#8221; McBeth said.

&#8220;I encourage all those representing U.S. Forces in Europe &#8212; military, civilian, contractors and family members &#8212; to join with the people of the U.K. and others throughout Europe in observing two minutes of silence in honor of those who died or were injured in that attack,&#8221; Jones said in a statement. &#8220;May this reflection strengthen our resolve to defeat the forces of global terrorism.&#8221;