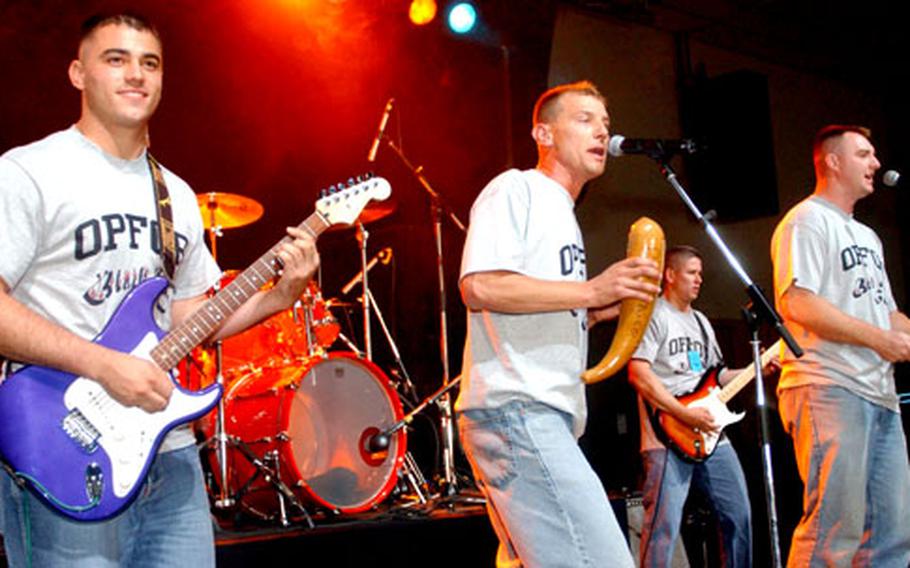 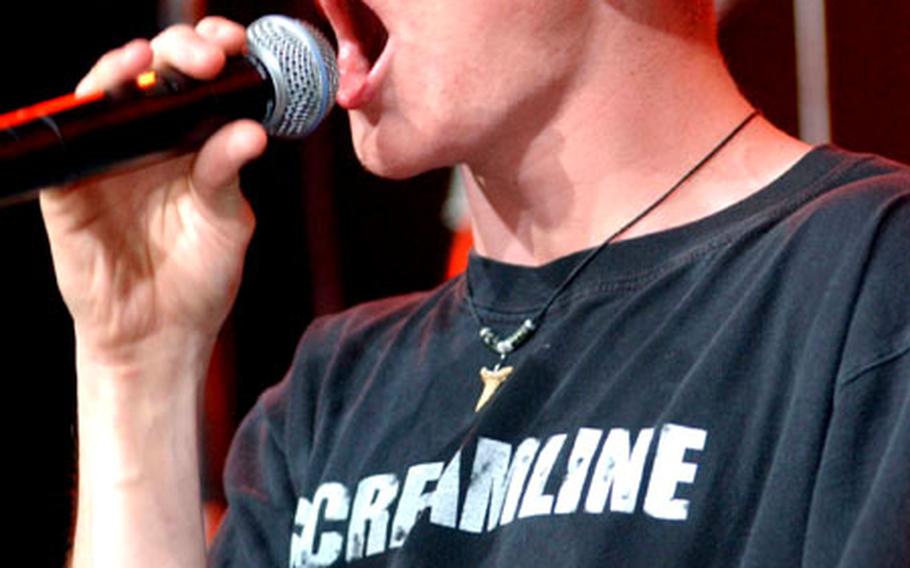 Colin Moore, singer for Silent Majority, belts out a tune in August at the U.S. Army Europe&#39;s annual Battle of the Bands. (Raymond T. Conway / S&S)

The event, sponsored by Installation Management Agency-Europe, the 98th Area Support Group and 235th Base Support Battalion in Ansbach, Germany, brings the top two winning bands from each area support group to the Europe level competition, according to an IMA-Europe release.

The top two winners from the Europe-level Battle of the Bands competition that meet U.S. Army Community and Family Support Center, or CFSC, criteria will advance to the All-Army Battle of the Bands on Oct. 22 at a location in the States, according to the release.

The All-Army Stars of Tomorrow contest, for active-duty Army performers, will include categories of male and female vocal solo, vocal duet, instrumental solo and specialty solo.

The Stars of Tomorrow program is in the process of being incorporated into the All-Army Festival of Performing Arts, and a CFSC representative will be scouting soldier talent. Winners Army-wide will travel to the States to participate in an as yet undetermined project, according to the release.

Annually, the Battle of the Bands competition draws bands from military communities all over Europe.

The top winners for last year&#8217;s Stars of Tomorrow contest were:

To participate in the Battle of the Bands at the area support group level, contact the appropriate ASG representative below: